Samsung Tablets Overtake the iPad in Western Europe in Q1, While the iPad Captures 50% of Tablets over $750 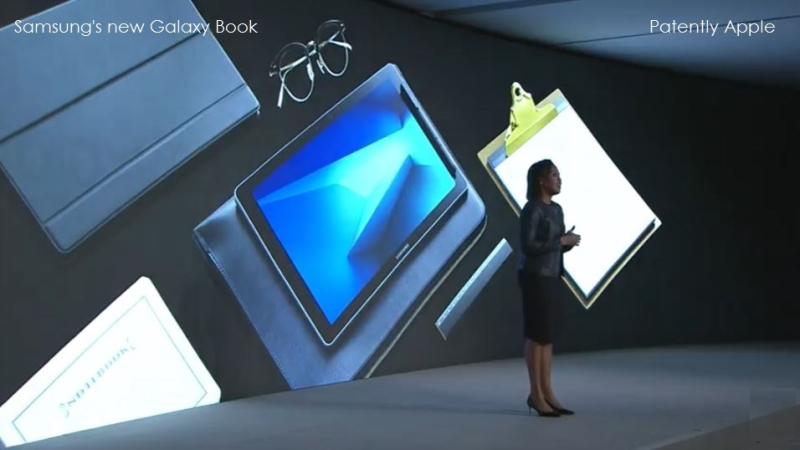 In February Patently Apple posted a report titled "Samsung introduced the new Tab S3 and Galaxy Book Today at a Special Event in Barcelona Spain." Due to the Samsung S8 delay that was caused by the Note 7 investigation, the company decided to instead launch new tablets at the Barcelona Mobile device trade show in late February. That move may have paid off in Western Europe and provided them with just enough steam to take the lead in Q1 2017 tablet shipments and push Apple down to second spot. IDC noted in their report that "Samsung posted growth and gained the top position in Western Europe thanks to its strong positioning in slates. Apple introduced its new iPad late in the quarter and that should sustain a stronger second quarter.iOS-based devices still account for around 50% of all tablets above €600."

Apple's CFO noted last October that tor the September quarter, Apple had 82% market share in tablets over $200. IDC's stats therefore would strongly suggest that a lot of Samsung's tablet shipments were derived from cheaper models in the sub $200 category.

Overall, IDC further noted that "the tablet market in Western Europe posted a slight 1.7% YoY contraction. In total, 7.1 million devices were shipped in the region, a performance above expectations that shows some resilience in the tablet market after many quarters of decline. The recovery in Android-based slates in consumer and the continuous progress of tablet in enterprise were the main drivers of 2017Q1 results. Detachable tablets grew 5.8% YoY and continued to positively impact the market — there was particular traction in the commercial segment, with strong 16.6% YoY growth.

As expected the adoption of Windows-based detachables slowed down in 2017Q1. Several factors affected the penetration of Windows, such as the growing focus on convertibles by major OEMs, sluggish Windows 10 adoption in large and very large corporations, and the lack of a Surface Pro refresh.

Despite the weak 2017Q1, the Windows detachable category will continue to progress going forward. This form factor is ideal for many usage scenarios and it perfectly fits the mobility needs of mobile professionals nowadays. It's just a matter of time until we see the number and pace of deployments accelerating," said Daniel Gonçalves, senior research analyst, IDC Western Europe Personal Computing Devices."

It will likely take until Q1 2018 before we see the Microsoft's ARM based Windows 10 detachable systems gain traction.

In the shorter term, it's been rumored that Apple will launch a new 10.5" iPad Pro at their WWDC 2017 event which will likely boost 'back to school' sales and calendar Q3 shipments for Apple.