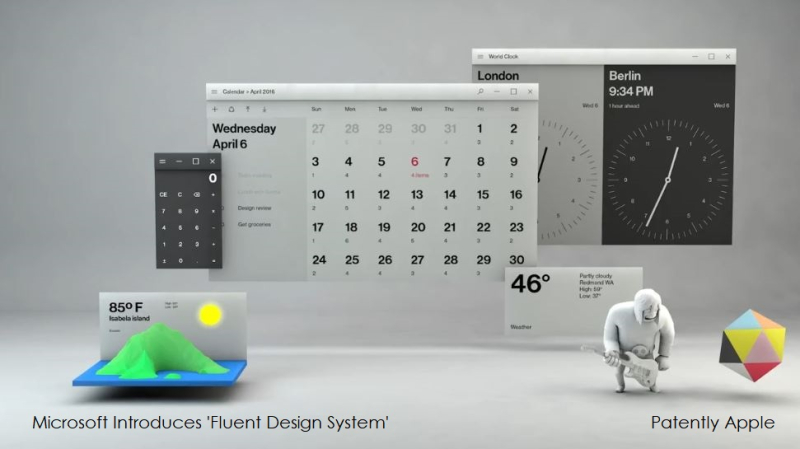 Yesterday's Microsoft Day 2 Build Keynote was packed with announcements not seen in their opening keynote on Wednesday. A few standouts included the introduction of their 'Fluent Design System' that will advance the Windows UI for this fall with a subtle 3D interface that will also include motion, depth, Lighting effects and more as noted in the video in our report. Other announcements included iTunes coming to the Windows Store this fall, a giant leap for Pen control and their HoloLens platform coming to market this Christmas. To conclude their keynote, they announced a very interesting partnership for HoloLens which could be very interesting over time.

During yesterday's keynote, Terry Myerson, Microsoft's Executive Vice President of the Windows and Devices Group announced that Spotify was coming to the Windows Store at the 1:09:49 mark of the video presented further below. 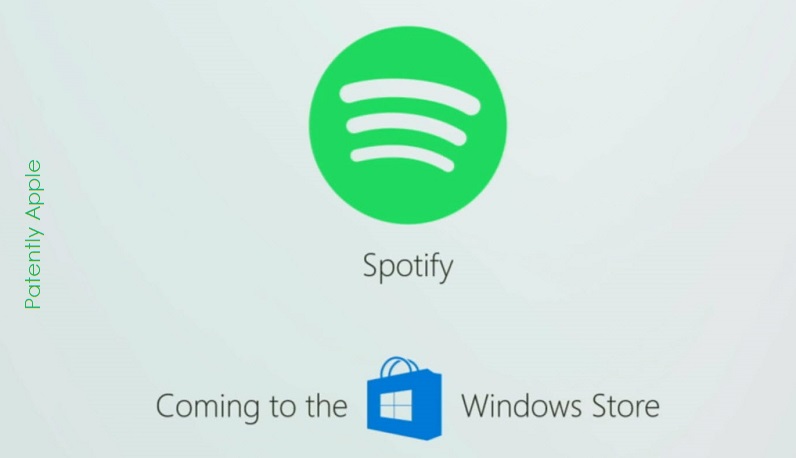 Myerson then quickly added …"and they are not alone. Today, I'm excited to announce that iTunes will be coming to the Windows Store. Windows 10 and Windows 10S users will get the complete iTunes experience, including Apple Music, as well as full support for the iPhone. We're serious about enabling the best experience for Windows users and we're thrilled to have iTunes be a part of that." 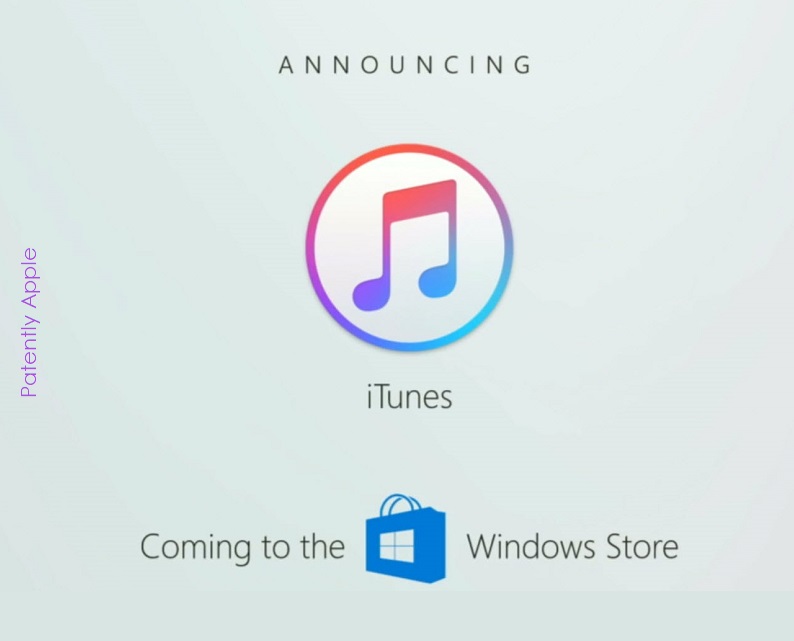 When the Spotify announcement was made it was met with zero response from the full auditorium of developers. In contrast, when iTunes was announced, there was applause of approval and a loud "Ohhhh." Check it out in the video below.

The Keynote had many interesting segments like the one with Joe Belfiore, Microsoft's Corporate Vice President, PC, Tablet and Phone. Belfiore spoke in detail about the new features coming to Windows 10 Fall Edition. According to Belfiore users will be able to work on a project at work on Windows then seamlessly switch to an iPhone or an Android device and back to Windows and never lose their place in their progress in the project. It's Apple's Continuity on steroids by being cross platform.

In and around the 1:22:46 mark of the keynote video, Belfiore talks about using their Digital Pen to navigate a display by being able to fluently scroll a webpage with the pen like a mouse. The pen will also allow users to quickly cut and paste content on the web and switch to Word and use a tap menu to paste it into a document as fast as could be done with a mouse today. This is something that many iPad Pro users would like to see come to the Apple Pen sometime in the future. 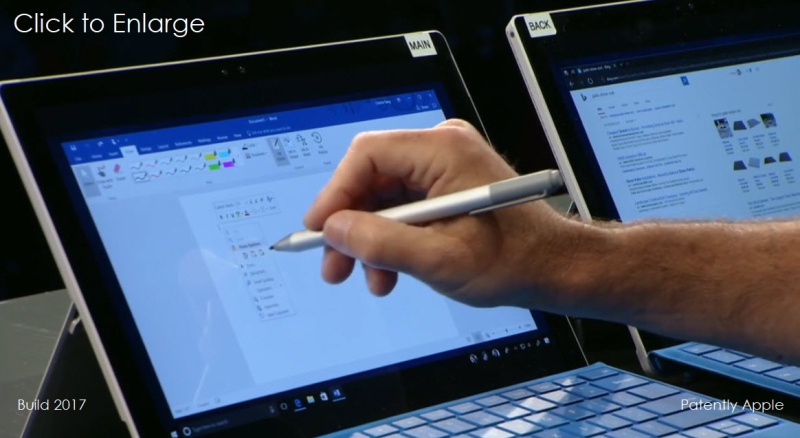 The keynote ended on a high note showing the progress of HoloLens.Without a doubt the device has taken a huge leap in just a year. 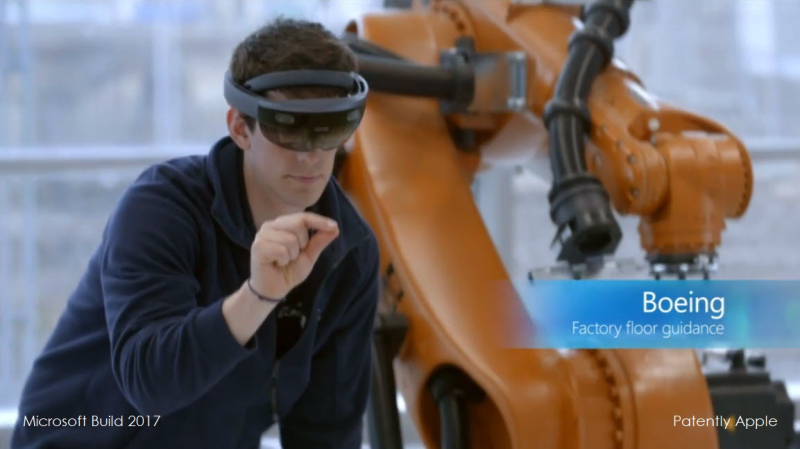 The segment starts around the 1:21:44 mark through to about the 1:47:37 mark. One of the highlights of the Mixed Reality segment of the keynote came when Microsoft announced their deep partnership with Cirque du Soleil. That segment starts at the 1:38:29 mark of keynote video above and I'm sure that some of you will find this segment an interesting peek into one space within the Mixed Reality market. 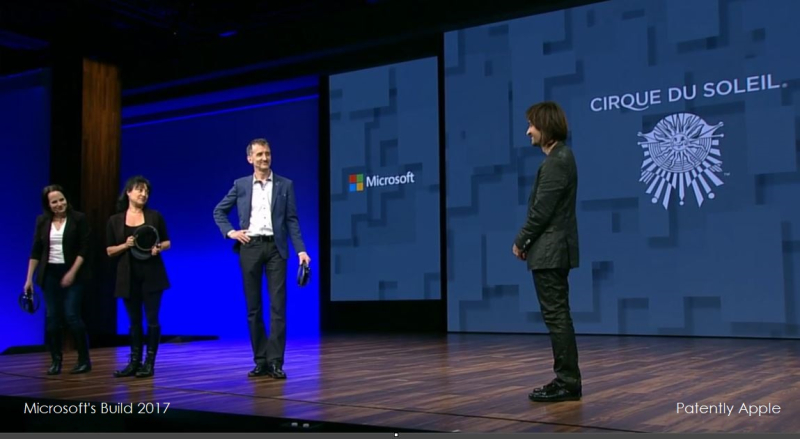 HP and Acer will be selling Mixed Reality Headsets for Christmas 2017 with pricing starting at US$399 for the headset and new hand controllers shown above. Like any new device it will live or die by the quality of apps and/or games that it brings to market.

Microsoft has a huge lead in Mixed Reality in the Enterprise, education and now consumer market this fall. If anything, the Microsoft Keynote on Mixed Reality gives us a heads up as to what to expect from this technology, making Apple's entry only that more exciting if they get it to market by 2020 or sooner. Apple may be waiting for 5G networks to arrive before launching.

All in all, Microsoft seems to be advancing windows at an amazing pace and perhaps in some ways getting the leap on Apple when it comes to pen input and finally being able to bring cross platform performance into action.

Of course it's nice on paper and in a show and tell environment – but we'll have to see if these features actually pan out as shown in demos. I'm sure that many are hoping that Microsoft can pull it off as anyone working in a mixed device universe knows the value of such a feature.

Lastly, Microsoft's new UI will deliver subtle 3D imagery. This could be very refreshing to finally see 3D come to the user interface. While Apple has been working on this for more than a decade, it's once again Microsoft that will be stealing Apple's thunder.

After seeing what Microsoft will be introducing this fall, I can't wait to now see what Apple will be bringing to the table during their WWDC 2017 event next month.