Like the Pharaohs who built the Great Pyramids, Apple Park was designed to Project Power 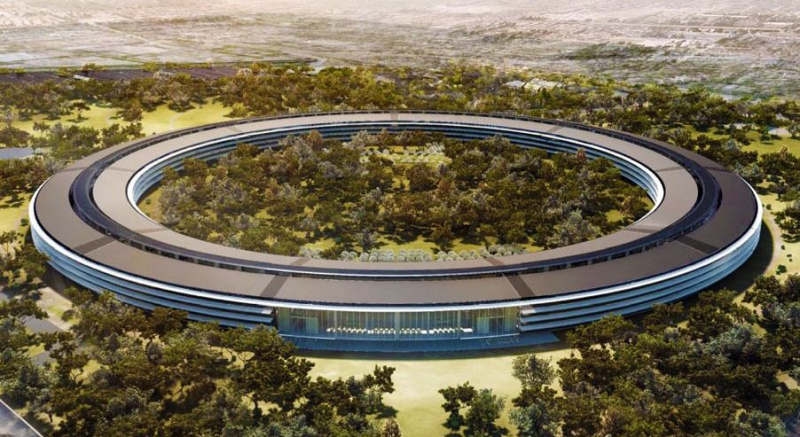 The first of 12,000 Apple headquarters employees moved from several drab, stone buildings in Cupertino, Calif., to space across town in the 2.8-million-square-foot circular building that resembles a spaceship. It features a seamless, curved-glass exterior and a theater architects said was designed to look like a MacBook Air. The estimated $5 billion project commanded years of attention from top Apple executives including Chief Design Officer Jony Ive, according to three of the more than 100 architects working on the campus.

Louise Mozingo, an urban-design professor at the University of California, Berkeley, who wrote a book on corporate campuses told the WSJ that "This is what rich, wealthy and powerful individuals have done since the Pharaohs built the pyramids -- you build a building that projects power to the world."

Apple, which recently set a record by topping $800 billion in market capitalization, says the new campus is designed to bring together disparate staff and foster collaboration to create new products.

Since unveiling plans in 2011, Apple's design team has sought to influence everything from sprinklers to door handles. It commanded so much time of architects that Foster + Partners, which is based in London, eventually opened an office in the Bay Area to better manage requests, two architects said. They said Apple requested fully constructed mockups of details like stairways for review before construction, much as it builds prototypes of iPhones before ramping production. 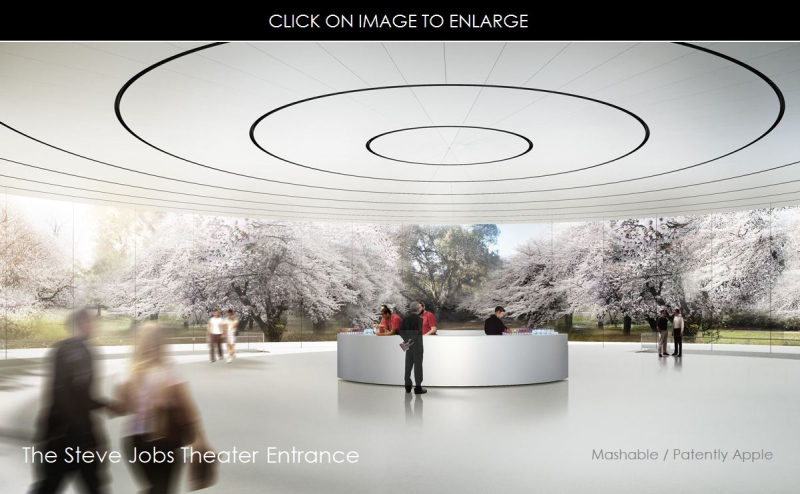 The call for a theater that resembled a MacBook Air suspended in space resulted in a structure featuring a heavy, carbon-fiber roof resting directly on glass walls. Architects and engineers had to conceal wiring and fire-protection tubes in the joints between each glass panel, the architects said. Guests will enter into the structure, named the Steve Jobs Theater, and descend stairs to an underground auditorium with 1,000 seats."

The new Steve Jobs Theater is likely to first be seen by the public when Apple introduces their new iPhone 8 this fall. Steve Jobs introduced the iPhone in 2007 and it would only be right to see the iPhone's tenth Anniversary model launched from the new theater named after their great CEO that helped save the company from total collapse back in 1997. 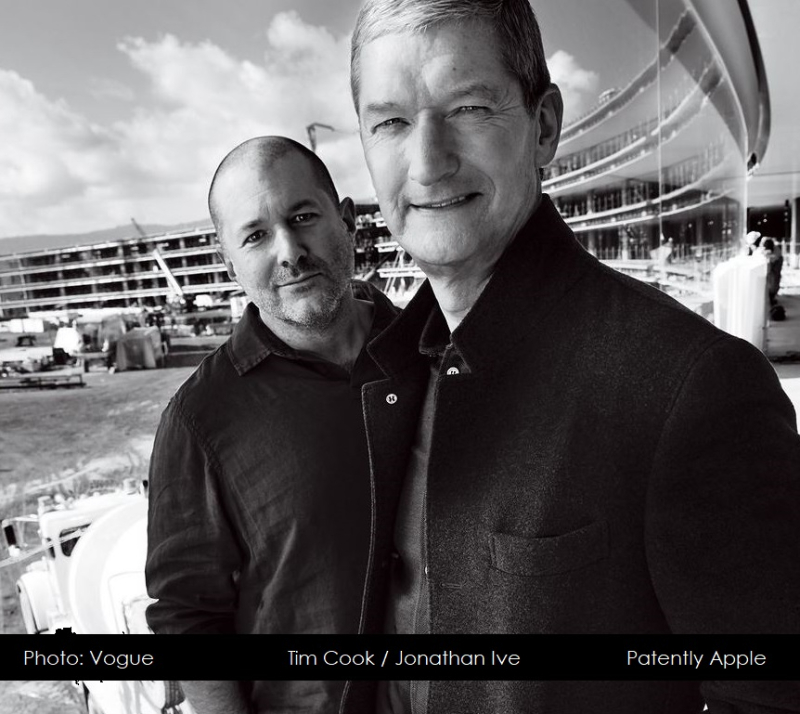