Home Archives Contact Us Subscribe Twitter MeWe Facebook Patently Mobile
Intel announced new Core CPUs at Computex 2017 including their Monster i9 X-Series with 18 Cores & 36 Threads
While IDC sees little to no Growth for iPhones over the Next Five Years, they may be missing the obvious 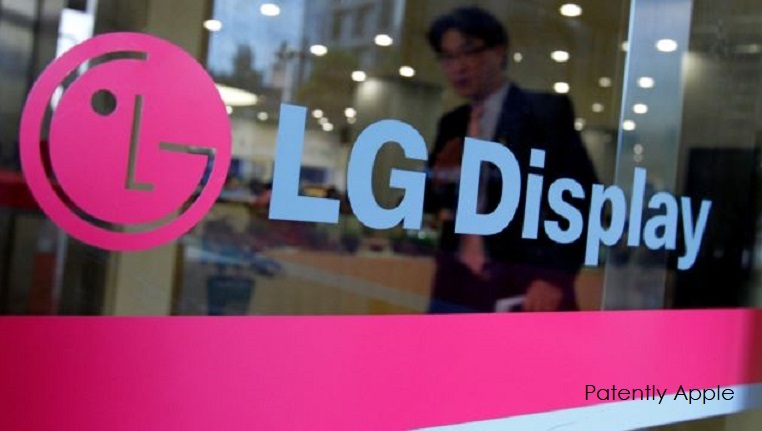 Last month Patently Apple posted a report noting that a senior official at LG Display had told the Korean press that they received a request to take part in a bid for receiving an order for small and medium-sized OLEDs from Apple. LG is to decide in June on the matter. Ten days earlier we had reported that Google was in negotiations with LG Display for a new OLED plant and joint venture regarding foldable smartphones. Today we're learning that LG plans to invest US$3.5 billion into its new production plant called the P10 to beef up its production of OLED panels for smartphones. The report specially added that the OLED displays would be aimed for the iPhone and beyond.

The Korean report published today specifically states that "Although it was planning to make investments mostly on large OLEDs for TVs initially, it is currently thinking about making investments on OLEDs for Smartphones first. It seems that LG Display is planning to secure its position as the second supplier for Apple iPhone by quickly increasing its production capability of OLED for Smartphone." That would be wise considering that Foxconn/Sharp are going full tilt trying to win orders from Apple as well.

When investments into P10, E5, and E6 are finished by 2019, LG Display will then have production capability to produce 120,000 flexible OLED panels per month based on 6th generation panel. This amount corresponds to half of Samsung Display's current production capability.

The Korean report basically covered LG's new OLED plant. However, because they note that "it seems" that LG Display is planning to secure its position as the second supplier for the iPhone, it's not conclusive.

In light of LG's negotiations with Google specifically relating to "flexible OLED" (FOLED), the plant could end up being for other partners other than Apple, such as Google. So while it's likely a plant designed to supply Apple with OLED panels for future iPhones, until LG makes it official at a future meeting with analysts like they've done in the past, the partner LG Display is aiming the OLED plant for will remain a mystery.