Home Archives Contact Us Subscribe Twitter MeWe Facebook Patently Mobile
The Day after the Essential 'Phone' Unveiling we take a Peek at their Patents and a Possible Future Project
A Major Roundup of the Latest Samsung Smartphone Designs from the U.S Patent Office 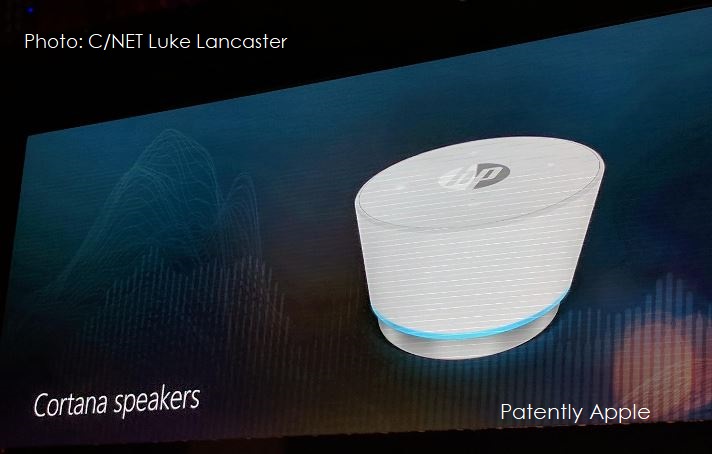 Earlier this month Patently Apple posted a report titled "AI Wars are almost reaching Fever Pitch with new Home Devices and Apple Fans look to WWDC 2017 for Apple's Response" Apple fans are hoping that they'll see a new home device from Apple that will compete directly with Amazon's Echo-Show, Google Home and a barrage of new devices headed for the market this fall. Today we're learning that Microsoft's Cortana was chosen by HP for their new home speaker device launching later this year.

According to C/NET, "HP first announced earlier this month that it would be building a Cortana speaker just days after the Harmon Kardon Invoke was shown off. At the time, the concept was very under wraps, but at today's keynote address at the Computex conference, Microsoft unveiled some artist renders of the device.

The speaker will serve as an input device for Microsoft's Cortana virtual assistant, which looks to be making yet another play for the smart home -- territory firmly held by Amazon's Alexa and Google Home." 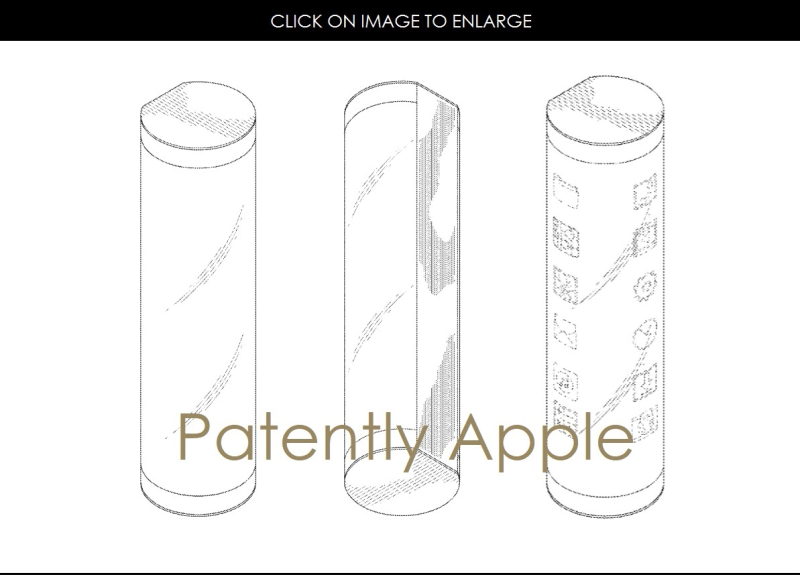 Last Friday I noted in a report that even Samsung has a home device on the drawing board that they won a design patent for that will be backed by their digital assistant 'Bixby.'

With Apple being caught off-guard with the introduction of the original Echo device that took digital assistants to a new level, they'll be one of the last to get onboard this device trend. Will Apple join this wave or buck it? We may very well get the answer to that question as early as Apple's WWDC keynote scheduled for June 5.