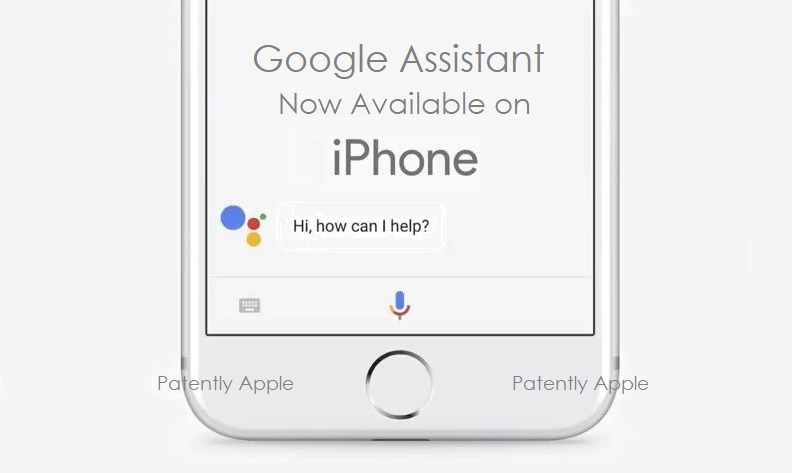 Yesterday we posted a report titled "Google Assistant is now Available for iOS and Google Home will be Offering Free Phone Calls within the U.S. and Canada." One of Google's headline catching announcements out of their I/O developer conference yesterday was that Google Assistant was available on iOS. That was met with a lot of cheering. But for Apple maestro Mark Gurman, Google Assistant doesn't hold a candle to Siri on iOS devices.

Gurnman notes in a Bloomberg report today that "Some people think Google's virtual assistant beats Siri in reliability and capability. That may be true on Google's own devices, like the Pixel smartphone, but the Assistant is hobbled on the iPhone." 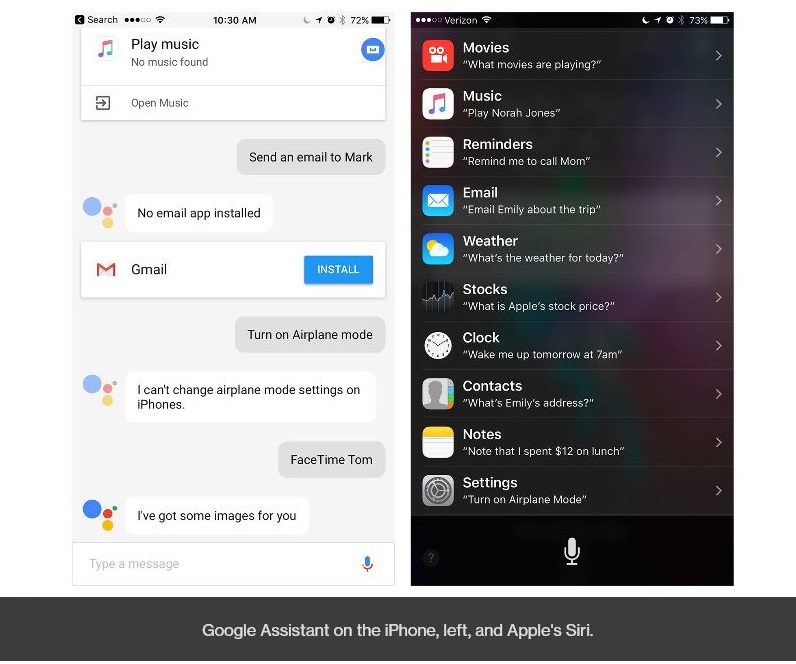 The bottom line is "the reality for iPhone users is that the Google Assistant will probably never beat Apple Inc.'s Siri on its home turf. That's bad news for the Alphabet Inc. unit, which wants its voice-based technology everywhere."

Gurman Lists Five top reasons for why Siri is better:

1. You have to download it from the App Store.

2. You can't launch it with your iPhone's home button or with your voice

3. You can't tap into basic iPhone functions and settings

4. You can't launch apps, search some Apple content stores, or pull up photos

5. You can't integrate with other non-Google apps on your iPhone

7. You can't easily use it in the car

Mark concludes that "Altogether, unless you are deeply in the Google ecosystem, using Google Assistant on the iPhone is a pain compared to Siri." For Gurman's full reasoning behind each of his seven points, check out the full Bloomberg report here.

Though to be fair, Android fans that may own a Chromebook, a Samsung tablet and an Apple iPhone for instance, Google Assistant will find a friend who's more familiar with Google Assistant and knows that over time Google's engineers will fix most of the short comings that Gurman has amply and glaringly pointed out. But for most Apple fans, having access to Google Assistant isn't really that appealing to begin with.

To make that point crystal clear, it was reported today that "data released in a research note this week from investment banking-giant, Morgan Stanley, approximately 92 percent of current iPhone owners who are either 'somewhat' or 'extremely' likely to upgrade to a newer smartphone during the next 12 months will upgrade to a new iPhone over any other handset." With that kind of loyalty, Google Assistant doesn't stand much of a chance of gaining any traction on iOS any time soon.

Yet some would argue that it's always best to give users more choice and there's definitely some merit to that thinking. Well, at least for the 8% of users who aren't committed to the Apple ecosystem that Morgan Stanley pointed out.