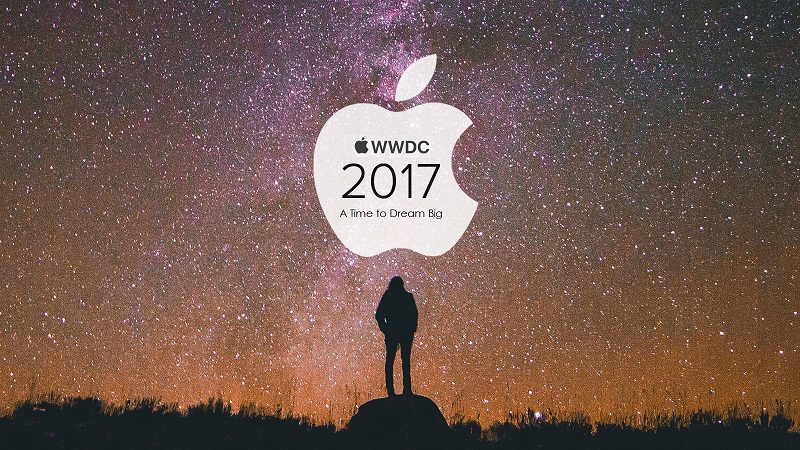 Microsoft introduced a new Surface Laptop earlier this month, primarily aimed at students that uses a cloud based version of their OS called Windows 10S. The laptop comes with a high-end PixelSense display with 3.4 million pixels, 4GB RAM, 128GB SSD and weighs under 3 pounds for US$999. Reviews from PCWorld, PC Advisor, PCMag and others give it 4 to 4.5 stars out of 5. Now we're learning from Bloomberg and KGI Securities that Apple plans to announce an update to its MacBook lineup at their upcoming WWDC event in June.

Bloomberg reports that "Apple is planning three new laptops, according to people familiar with the matter. The MacBook Pro will get a faster Kaby Lake processor from Intel Corp., said the people, who requested anonymity to discuss internal planning. Apple is also working on a new version of the 12-inch MacBook with a faster Intel chip. The company has also considered updating the aging 13-inch MacBook Air with a new processor as sales of the laptop, Apple's cheapest, remain surprisingly strong, one of the people said." The MacBook refresh would also come at an important time for Apple. This month, Microsoft debuted the Surface Laptop, which boots up in seconds, has a touch screen and runs on a more stable version of Windows. Microsoft's first real laptop is widely considered a viable rival to the MacBook Air. By refreshing its computers, Apple could undercut that competition and continue the Mac's recent momentum. In the second quarter, the company sold 4.2 million desktops and laptops and generated 14 percent more revenue on Macs than in the quarter a year earlier.

The updated MacBook Pro would look much the same as the latest model and mostly differ in internal architecture, one of the people said. For more on this story click here.

Bloomberg's report is supported by a note by Ming-Chi Kuo of KGI Securities who goes one step further by saying that the 15" model will offer 32GB RAM. Whether that's standard or an option wasn't clarified, though its likely the latter. The impression from KGI is that production for the new MacBook's will only begin in July.

In the end rumors now have a new Siri-centric Speaker device, a new 10.5" iPad Pro and last but not least a MacBook refresh launching at WWDC 2017. Will everything rumored actually come to life next month at WWDC 2017? While only time will tell, Apple fans will no doubt be glued to Apple's Keynote viewable live on Apple TV in the hopes that all products will indeed by announced.

With Apple's biggest competitors now introducing products well before Apple's fall events on a continual basis, it would be great to see Apple shake things up so as to not give their competitors any early advantage.  Whether this year is simply an anomaly or a new trend isn't known just yet, but it would be a positive move if their WWDC event was used as a launching pad for some of Apple's future products.