Home Archives Contact Us Subscribe Twitter MeWe Facebook Patently Mobile
Samsung and Apple in a Race to Introduce both a Selfie Camera and Smart Band Display to their Respective Smartwatches
In Portrait mode on the iPhone 7 Plus, you don’t just look good. You look fantastic. 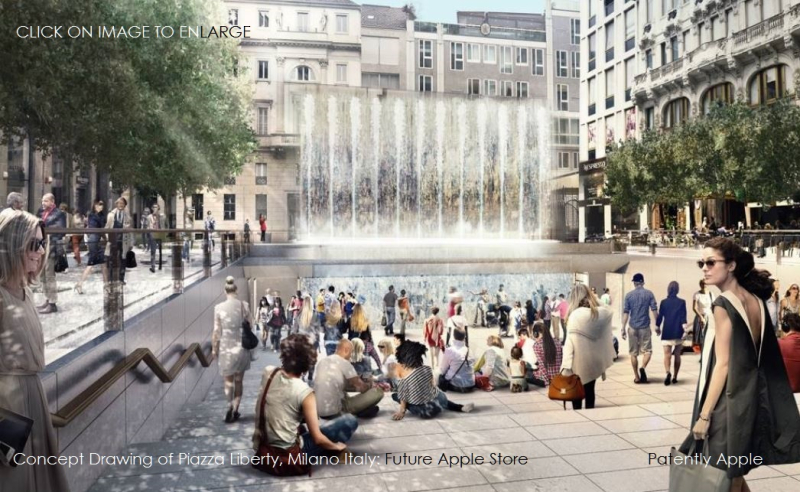 Back in January Patently Apple posted a report titled "One of Apple's most Innovative and Technologically Advanced Stores is coming to Piazza Liberty in Milan Italy," that illustrated several concept drawings. In our cover graphic you could see a fountain wall in the distance. Today Apple provided a photo of that dramatic store entrance from a unique perspective. Apple's Italian online site describes it this way: "You descend into the store, passing between two high walls of water: they are the ones that form the great fountain, homage to the Italian squares and the close link between Milan and its navigli." 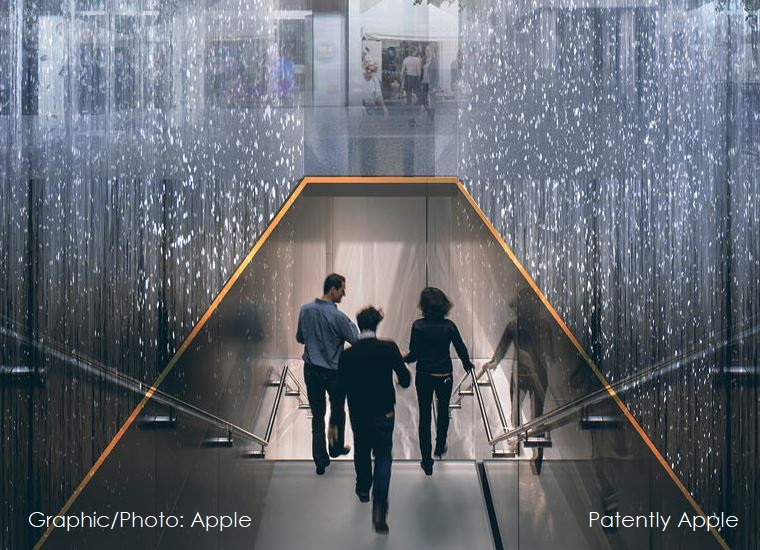 It will be a square full of ideas.

"We are incredibly happy to be in the center of Milan, a city that has been combining creativity and innovation for centuries. In these months we will work to give you a new Liberty Square: a space open to everyone where you can take a break, find yourself with friends, discover new interests."

Our January report pointed we noted that "The operation, which will lead to the realization of one of the most innovative and technological Apple Store in the world, provides for the lowering of the central part of the Liberty Square with the construction of an amphitheater open to the public and functional to host cultural events." The water fountain is shut and replaced by a theater of some kind. In April Patently Apple posted a patent report regarding a new sound system. The system is being designed by the Lucasfilm THX sound system inventor. The system, according to Apple's patent filing, that "the listening area may be a room within a house or a commercial establishment or an outdoor area (e.g., an amphitheater)." So the Milan Store may be where Apple could test out their latest sound sysem invention at some point in time.