In February Patently Apple posted a report titled "Beyond the 160 Million OLED Displays already Secured with Samsung, Apple is now in Talks with China's BOE." Today a new patent application from BOE was discovered that describes a display with integrated fingerprint authentication and oddly points directly at Apple's iPhone 5S as an example of the old way of using fingerprint ID. Is this one of the reasons why Apple is in talks with BOE?

BOE's patent background notes the following regarding the iPhone 5S:

Correspondingly, a fingerprint sensor pattern is disposed below the fingerprint identification region. As an example, in a known electronic device (such as the smartphone iPhone 5S launched by Apple Inc.), an opening is formed on a cover plate which is configured for protecting the display panel. The opening is located within the non-display region of the cover plate and corresponds to the fingerprint identification region, and a sapphire glass covers the opening.

However, the design of an opening and the employment of sapphire glass result in a complex fabrication process, which increases the fabrication cost and decreases a size of the display region, thereby reducing the user experience.

Fingerprint ID in the Display 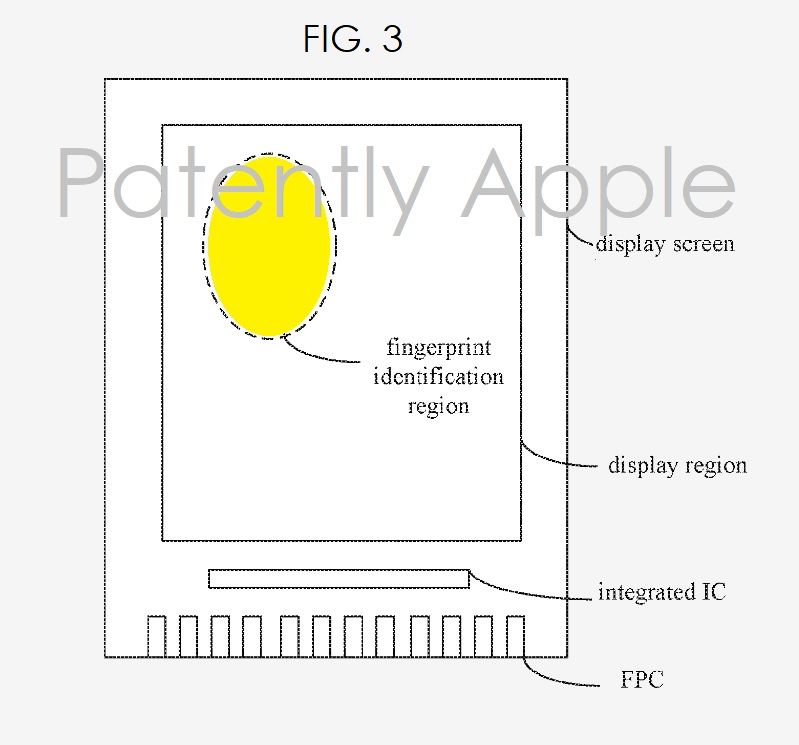 It can be conceived that the number of the fingerprint sensor pattern may be more than one such as two, three or more, thus it is possible to identify a plurality of different fingers so as to improve personal information security.

The substrate in the embodiment can realize the identification of fingerprints sliding in the display region of the display, which reduces the fabricating cost, moreover, increases the usable area of the display since there is no need to design openings in the non-display region, thereby improving the display effect and user experience.

BOE Technology Group's patent application 20170147850 that was published today by the U.S. Patent and Trademark Office was originally filed back in September 2015.

Feb. 28, 2017: Apple Granted a Patent for Touch ID beneath the iPhone Display 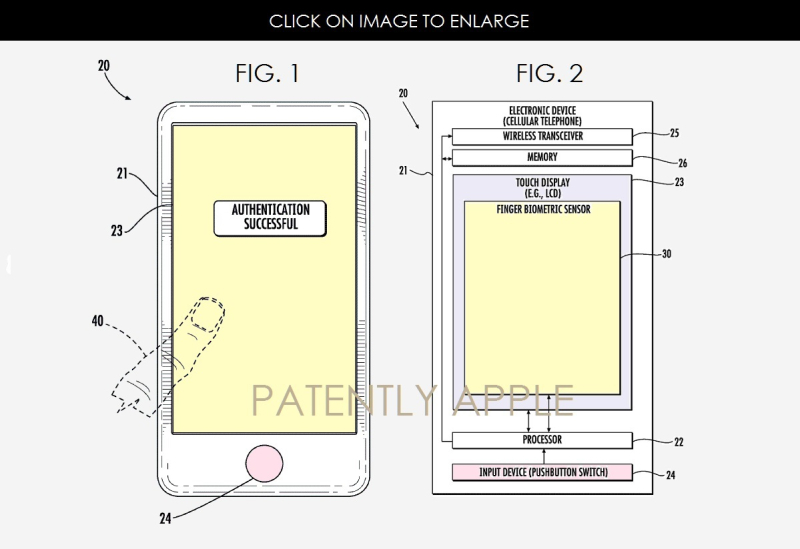 May 17, 2016: Apple Granted a Key Patent Supporting Touch ID beneath a Touch Display

Whether Apple will introduce Touch ID beneath the display for the iPhone 8 or future model is unknown at this time.