The U.S. Patent and Trademark Office officially published a series of 41 newly granted patents for Apple Inc. today. In this particular report we cover one of Apple's original head mounted display patents and another patent for advanced features for Apple TV with Siri that have yet to fully be implemented. Apple was also granted a design patent for their iPad Air. We wrap up this week's granted patent report with our traditional listing of the remaining granted patents that were issued to Apple today.

Apple's newly granted patent covers their invention relating to processing and displaying images in a head-mounted display. According to one embodiment, the invention provides methods and apparatus for providing a wider field of view and creating a more natural viewing situation for a user of a head mounted display, which results in improved comfort and usability for head mounted displays. By using larger displays inside the HMDs and recreating each image displayed on each display as each eye would typically see it, a wider field of view and increased viewing comfort is achieved. Various embodiments of the invention allow users to customize different viewing parameters of the head mounted displays to accommodate for individual user variation in the users' eyes. 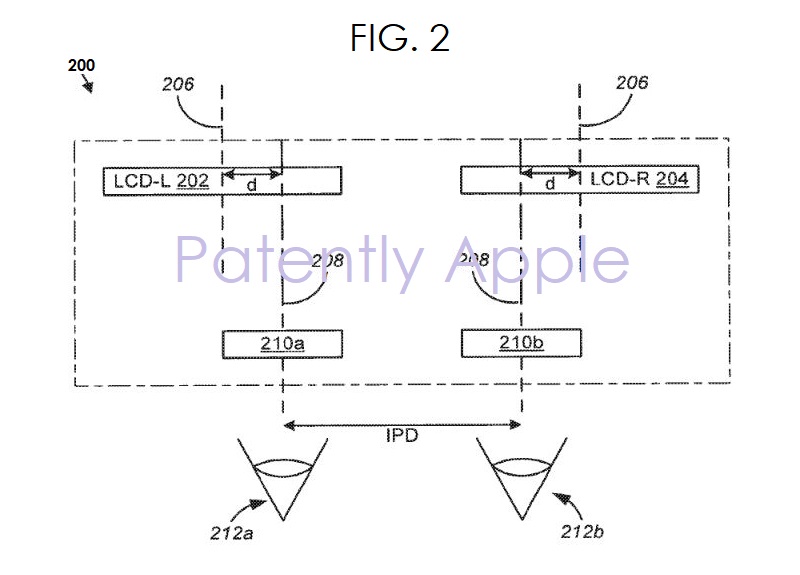 Apple's patent FIG. 2 shows us a schematic view of the placement of the displays relative to the user's eyes in a HMD with two displays.

Apple's granted patent 9,667,954 was originally filed in Q4 2006 and published today by the US Patent and Trademark Office. 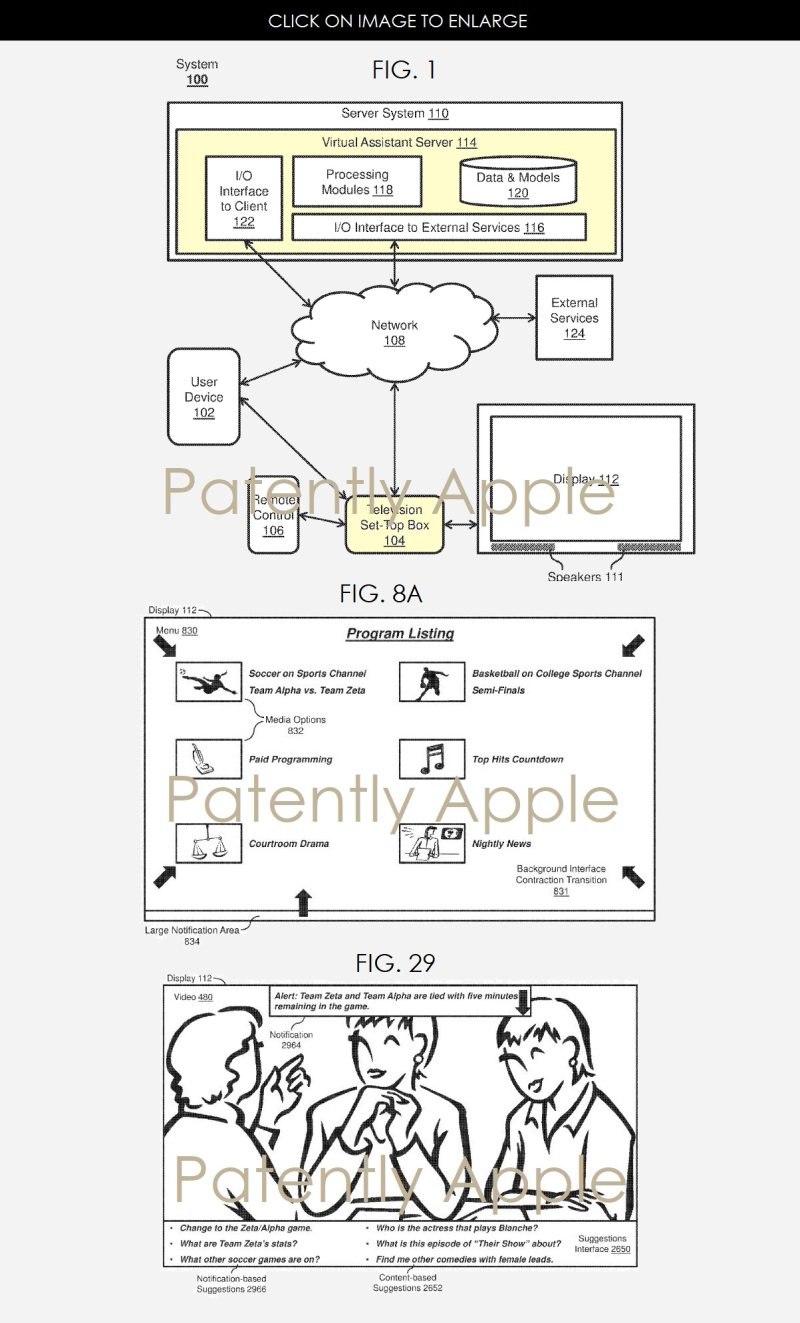 Apple's granted patent 9,668,024 was filed in Q3 2016 and published today by the US Patent and Trademark Office. Patent history shows that Apple was granted their first patent for this invention in 2014. Today's granted patent presents much greater patent claim details than the original patent.

Some of the new points in this patent's claims include the use of a television program listing; analyzing the speech input using voice recognition; showing status of a live sporting event and more while watching other content.

Apple Granted a Design Patent for their iPad Air

Apple was granted design patent D788, 014 for their iPad Air. 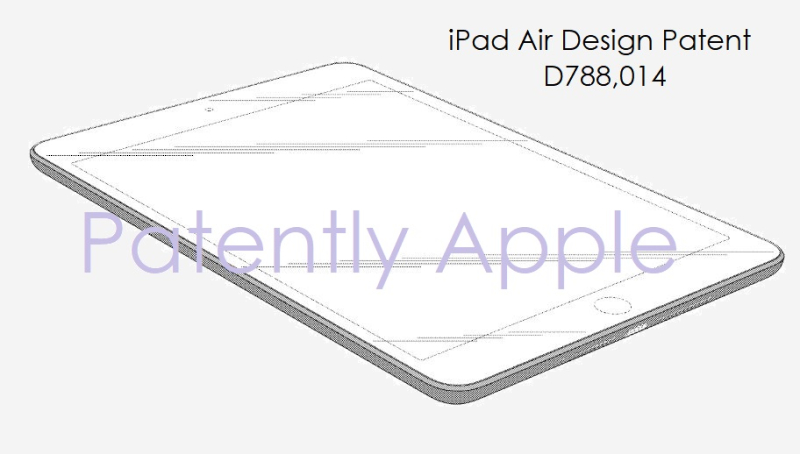 Apple was also granted a design patent of their lighting connector under number D788,041 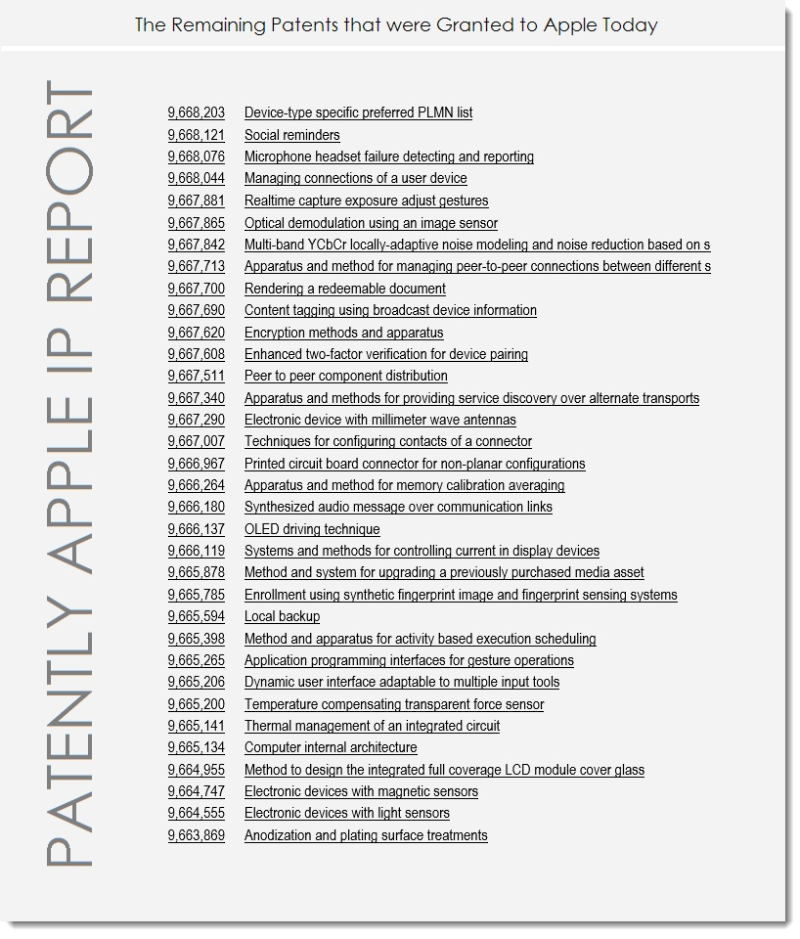