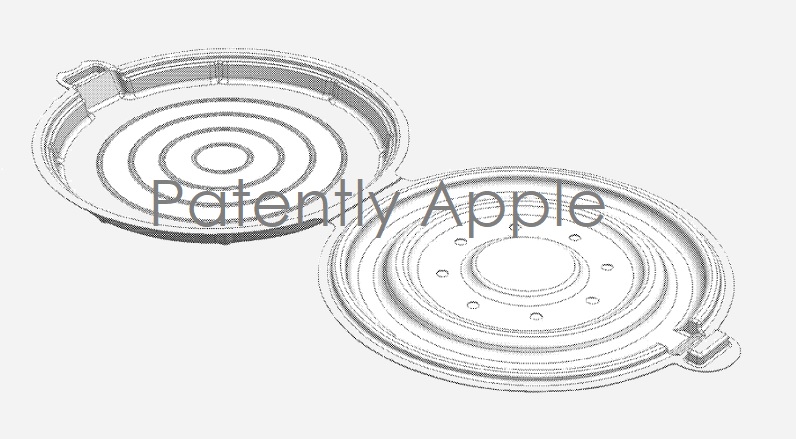 Mark Doutt, Sr. Manager, Packaging Engineer, is one of the inventors noted on an Apple design patent for a 'Container' that was published by the U.S. Patent Office (USPTO) back in December 2016. Unlike "patent applications," design patents that are published by USPTO don't reveal pertinent information about a particular design. All we get are simple set of patent figures as noted below. Who could have ever guessed it was for a Pizza Container? 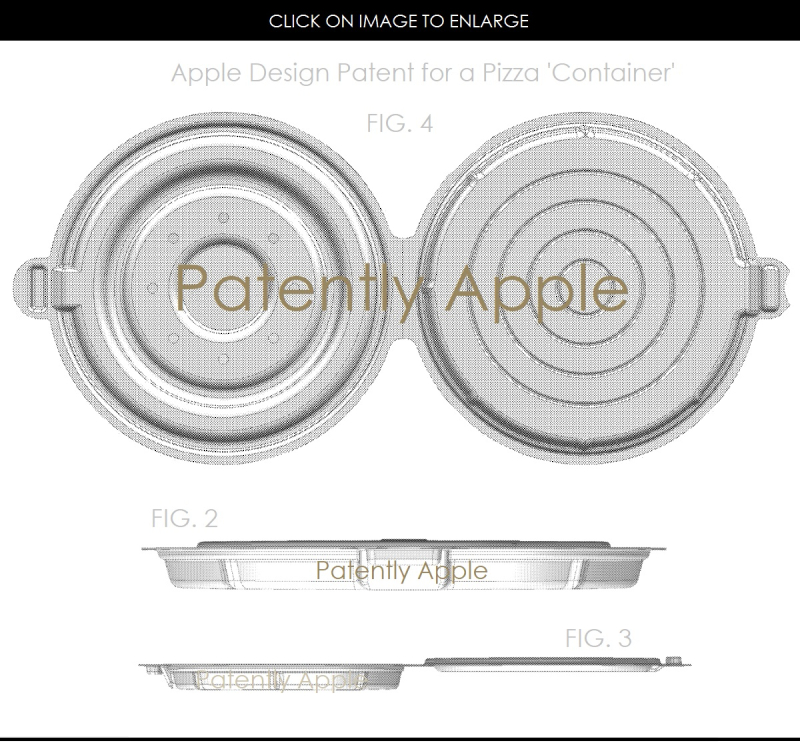 When the design patent surfaced in December I couldn't figure out what the heck it was for and decided to pass covering it. Who could have dreamt it was a Pizza Container from Apple? It was highlighted in a Wired Magazine yesterday in context with a Pizza Container.

The Wired report noted that "Apple's answer is that the perfection here will inspire its workforce to match that effort in the products they create, that the environment itself is meant to motivate engineers, designers, and even café managers to aspire for ever-higher levels of quality and innovation. Francesco Longoni, the maestro of the Apple Park café, helped Apple patent a box that will keep to-go pizzas from getting soggy." 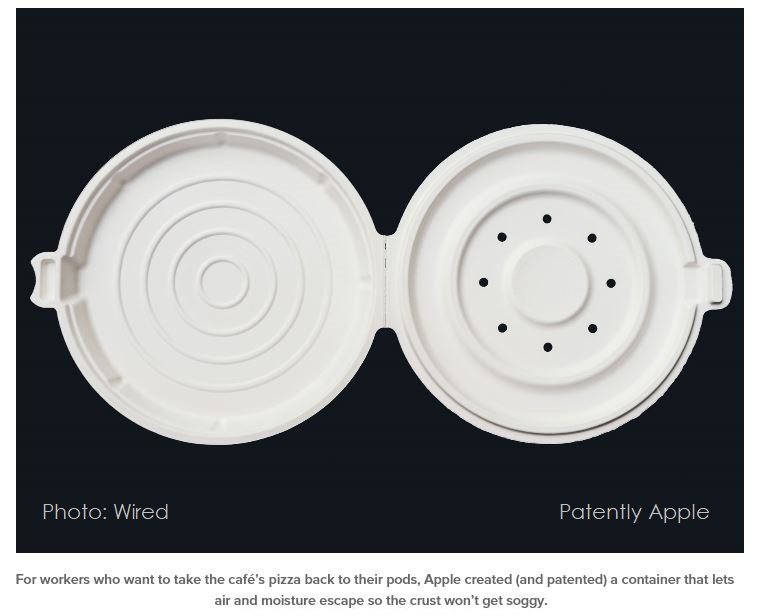 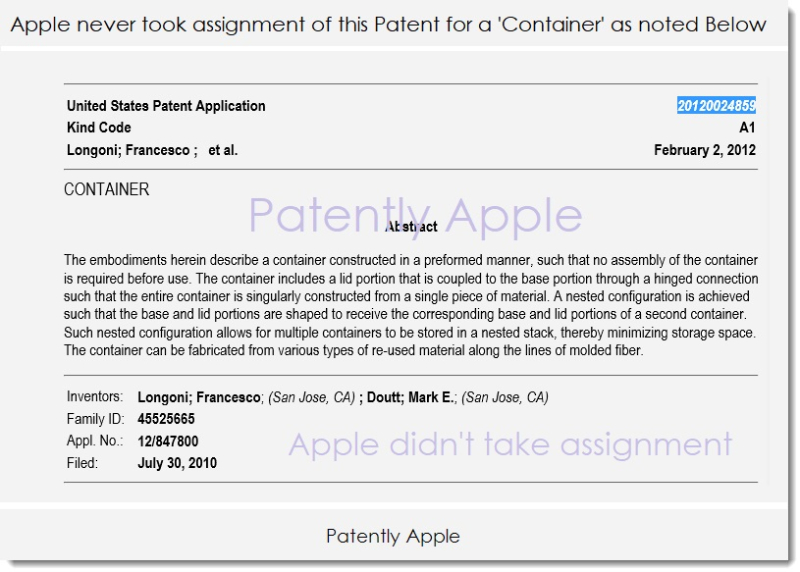 The summary of this invention in-part by the two Apple engineers states the following:

Without taking assignment of the patent means that USPTO never published it under Apple Patents for the day. This is how Apple flies under the radar with important patents. We can't cover a patent that doesn't list Apple as the assignee. This is a classic example of this tactic applied by Apple legal.

Analysts over the years have dreamt of an Apple Café where fans could gather. Now with Apple introducing 'Today at Apple' with new classes available, perhaps the next feature to follow is being able to grab a pizza while taking a class. Who could have seen that one coming? And yes, I'm joking … or maybe not.