Back in 2011 Patently Apple posted a patent report titled "Apple Talks Up Smart Bezels + Live & Reconfigurable MacBooks." It was one of Apple's first MacBook patents that introduced a full virtual keyboard as noted in our cover graphic. The invention covers an illuminated MacBook input surface, a set up assistant, a live reconfigurable surface supporting a virtual keyboard and more. Today the US Patent & Trademark Office published a continuation patent application from Apple that refines and adds specific new patent claims to protect this invention. By adding new patent claims we're also able to verify that the project is still alive and that it's progressing as Apple refines certain aspects of the design.

Apple's patent FIG. 6 below provides us with a general overview of the proposed system that will rely on light sensors and haptics to form a virtual keyboard or other configuration that could technically support gaming, music playback and more; FIG. 10B illustrates a portable computing device having a virtual keyboard. 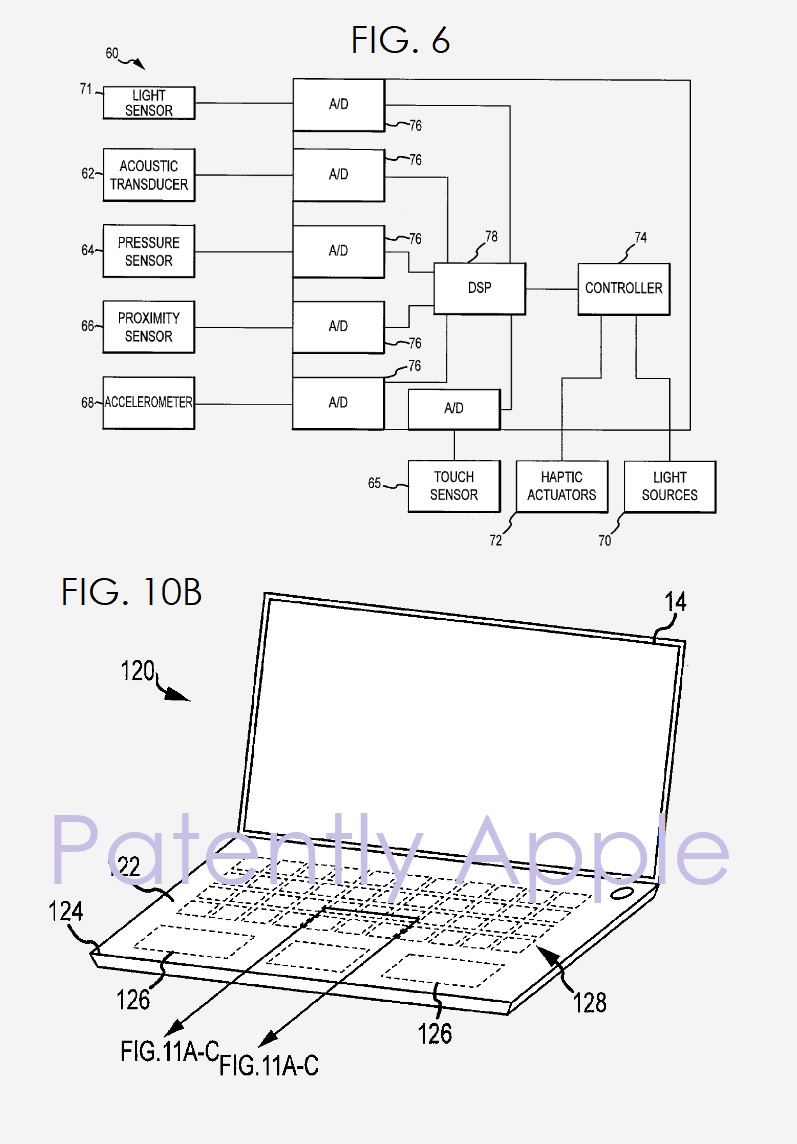 Patent Claim #4: The apparatus defined in claim 1, wherein the plurality of sensors comprises an array of capacitive sensors that receive the user finger input through the housing.

Patent Claim #5: The apparatus defined in claim 4, wherein the plurality of output devices comprises an array of light sources that illuminate the housing.

Patent Claim #6: The apparatus defined in claim 5, wherein the light sources illuminate the housing with symbols that change based on an input mode in which the apparatus is operating.

Patent Claim #7: The apparatus defined in claim 1, wherein the housing comprises a smooth surface without gaps that extends over the plurality of sensors and the plurality of output devices.

Patent Claim #10: The keyboard defined in claim 8, wherein the housing layer is formed of plastic.

Patent Claim #17: The electronic device defined in claim 14, wherein the lighted symbols illuminate a QWERTY keyboard pattern on the reconfigurable input surface in one of the plurality of input modes.

18. The electronic device defined in claim 17, wherein the lighted symbols illuminate controls for a media application including a play button on the reconfigurable input surface in another one of the plurality of input modes.

The secret to this invention is that it also oddly covers tablets. You could read our original report for information on that. The reason that I'm bringing this up is because I've always communicated that the patent was about a MacBook. Yet technically it could be some kind of hybrid device. Technically it could now be updated to work with Apple Pencil which didn't exist when this patent was first filed.

Last September Patently Apple posted a patent report that covered two iPads being magnetically attached to form a dual iPad device. Of course this is what this patent covers but under the guise of a notebook design supporting USB ports etc.

This past February, an Apple patent application covered an iPad Pro smart cover that supported a new virtual keyboard. So it's evident that Apple is coming at this project from many angles. Which way Apple will go is unknown at this time. On the flipside, Apple could go both ways so that one is an iOS device while the other for macOS. 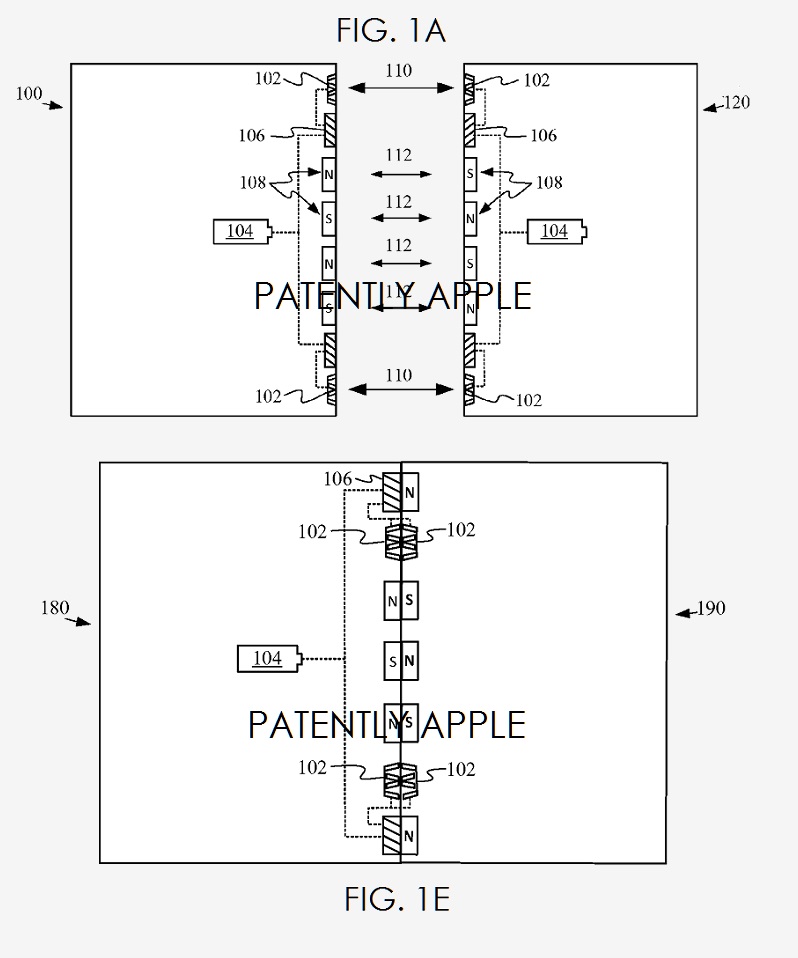 Apple's continuous patent application 20170147087 was filed in February 2017. The original filing date goes back to 2009. Considering that this is a patent application, the timing of such a product to market is unknown at this time.

This kind of product is gaining popularity. Last month Expert Reviews gave the Lenovo Yoga Book five out of five stars. A video review from TechnoBuffalo below gives it two thumbs up as well, even with a few minor annoyances. The reviewer views it as a hybrid device and this is why I think Apple may be looking for a hybrid device as well.

While it won't be a device for everyone, with the right killer apps for gaming, iMovie editing, GarageBand and drawing apps, the hybrid could find a nice audience looking for a thin, super light reconfigurable device.