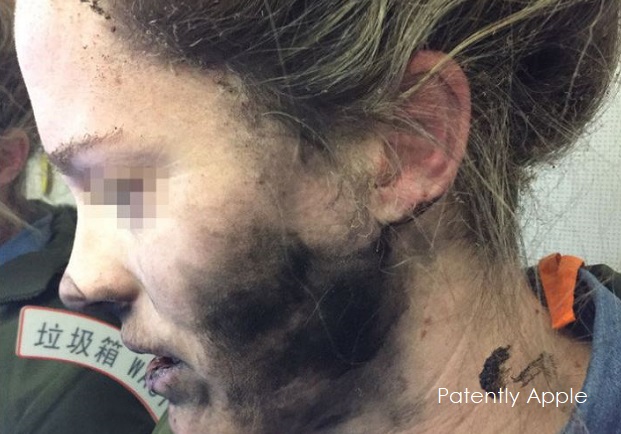 In March the story broke about a woman on a flight from Beijing to Melbourne who was abruptly woken up when her headphones exploded burning her face. It was a nightmare. Yet the make of the headphones was somehow suppressed. We now learn that they were Apple headphones. Apple however makes it clear, the problem wasn't the headphones but rather the batteries and won't be paying compensation of any kind.

The Australian Associated Press reports today that "An Australian woman whose face, hands and hair were burned when her headphones exploded on a plane won't be compensated by manufacturer Apple because third-party batteries were at fault.

The woman, who wishes to remain anonymous, was napping on a Beijing to Melbourne flight in February when she was awoken by the sound of an explosion and a burning sensation on her face.

"Our investigation indicated the issue was caused by a third-party battery," an Apple representative said in a statement issued by the woman's lawyers on Friday.

The woman, whose face, hands and hair were burned, had sought to be reimbursed to replace her headphones and several items of ruined clothing.

She says she bought the headphones duty-free in 2014 and the AAA batteries in Australia.

She says she was extremely disappointed with Apple's decision.

"The headphones don't work without batteries, yet nowhere on the headphones - or their packaging - did it specify which brand of batteries should be used," she says in a statement.