Last Summer Apple acquired Turi a Seattle based artificial intelligence (AI) start-up for roughly $200 million. The year before that Apple aquired Vocal IQ whose artificial intelligence focused on specific markets such as automotive via Auto-Pilot Driver Assistance, wearable devices, smart homes and robotics. We're now learning that Apple has acquired their third AI startup in three years called Lattice Data, specializing in Dark Data. The company is based out of Menlo Park, California, with an .io domain.

GeekWire smartly reminds us that Apple is using the Turi acquisition to create a base of talent around artificial intelligence and machine learning in the Seattle area, where it has been growing its footprint. The Madrona Venture Group who backed Turi was also backing Lattice Data. 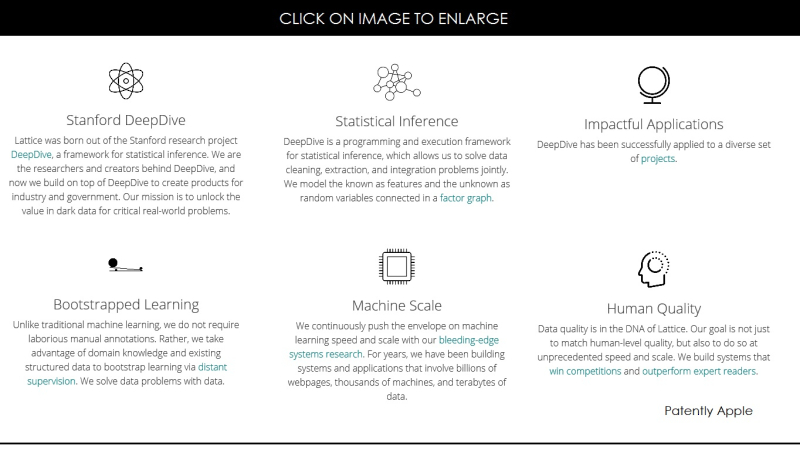 As noted above, Lattice Data provides a basic chart about the technology that they specialize in. Some of the links noted in the chart above Point to: Deep Dive, Factor Graph and Projects (one such project covers a DARPA project aimed at the fight against Human trafficking called MEMEX);

Wikipedia provides a general overview of 'Dark Data.' One area where dark data is being used is in an industrial context where it could include information gathered by sensors and telematics. Of course the latter could apply to Apple's Project Titan. 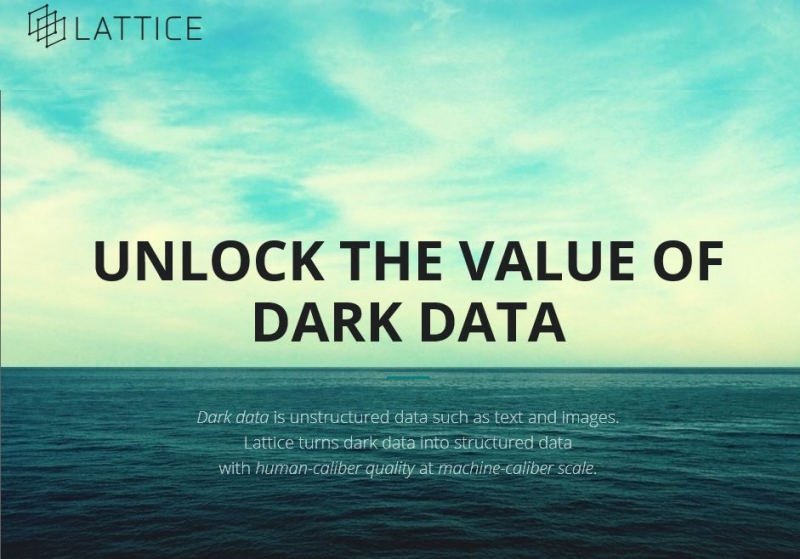 A TechCrunch source said that Lattice had been 'talking to other tech companies about enhancing their AI assistants,' including Amazon's Alexa and Samsung's Bixby, and had recently spent time in South Korea." Obviously Apple thought their digital assistant sales pitch fit in nicely with Siri.

Lastly, TechCrunch noted that "The deal was closed a couple of weeks ago, the source said, and about 20 engineers have joined the larger company."