What's the Game Plan for the Ever Aggressive Foxconn? 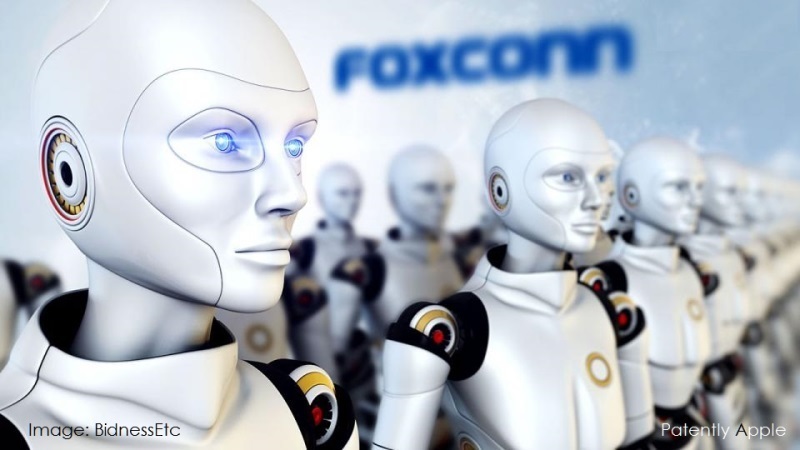 Last year Foxconn acquired Sharp (one and two) and pushed hard to reinvent the company to quickly tool up to make OLED displays for Apple's iPhones as one of it's new products. In January we learned of Foxconn/Sharp's plan to manufacture OLED displays at an iPhone plant in China. We also learned that Foxconn/Sharp was aiming to grab some of Apple's iPhone camera lens business and that they were given the green light to test wireless charging modules for Apple's top end iPhones for 2017. Foxconn's Chairman also dropped the hammer on Samsung and stopped their LCD business with Samsung who was in a panic to find a replacement and eventually had to deal with their arch rival LG for LCDs. Those were just some of Foxconn's noteworthy activities in 2016.

To kick off 2017 we learned that Foxconn was a known investor in Andy Rubin's new smartphone venture. Google's Eric Schmidt sat on Apple's board during the crucial years prior to the iPhone's launch wherein Schmidt was privy to developments of the iPhone while at the same time Google was backing Andy Rubin's Android OS to compete with Apple's revolutionary iPhone. Wasn't that a direct conflict of Interest that Schmidt should have told Steve Jobs about? Yes, of course but he didn't. Schmidt played Judas to Jobs. So Andy Rubin's new smartphone company called "Essential Products Inc" is no friend to Apple. The "Essential" smartphone is rumored to be ready to launch prior to Apple's World Wide Developer Conference. Foxconn is backing this company and is likely to manufacture the new smartphone.

Foxconn manufactures a lot of devices that compete with Apple, but this is different because Foxconn has taken a stake in the company. Wouldn't it be in Foxconn's interest to let Rubin in on Apple's latest product developments to better help Essential compete with future Apple iPhones? Is Foxconn really getting into the camera lens for Apple or Essential? Is Foxconn really working on wireless modules for Apple or Essential? Considering that we learned that Apple has been working with Broadcom on a wireless charing solution for two years, why would Foxconn get the nod for charging modules?

Apple has a great relationship with Foxconn and it's chairman Terry Gou. Patently Apple posted a report in December covering Tim Cook's visit to Shenzhen back in October. Foxconn's Founder and Chairman Terry Gou accompanied Cook to meet Chairman Xu Shaoshi of China's National Development and Reform Commission and other senior Shenzhen officials. Apple's new facility will be in the same city as the new ARM chip design center. So it appears that Foxconn and Apple are tied at the hip.

I think most of us realize that the press and rumors get some interesting facts but could be slightly inaccurate in the finer details. The report that Foxconn was an investor in Essential was an alert to say the least. But the Foxconn's connection to Essential may have been a little off course.

In March Patently Apple posted a report titled "Politics Likely Played a Role in Softbank's Decision to Back Off their Investment in a new Apple Rival Led by Andy Rubin." Our report covered the Wall Street Journal's report stating that "SoftBank Group Corp. scrapped a planned $100 million investment in a smartphone startup founded by the creator of Google's Android software, partly because of the Japanese investor's increasingly close relationship with Apple Inc., according to people familiar with the matter." Was Foxconn personally involved via the potential SoftBank investment or are they still invested in Essential?"

Yet no matter how you look at it, it sounds like Apple caught wind of this investment, forcing SoftBank to pull out. It's a political game that we'll never know the exact details of, but it's a little troubling.

Today we're learning of another venture that Foxconn is pushing with a questionable twist. The Nikkei is reporting that Foxconn/Sharp is mulling reentry into the PC market.

The Nikkei reports that "The Japanese electronics manufacturer is weighing the possibility of selling PCs and other devices made by its Taiwanese parent, Hon Hai Precision Industry, under the Sharp brand."

The twist is Sharp's President Tai Jeng-wu adding that they had "no plans of restarting its smartphone business." Yet if Hon Hai is willing to back a plan for Sharp to reenter a shrinking or dying market, wouldn't smartphones be next?

Is Foxconn's connection to the new Essential smartphone a possible clue that Foxconn has bigger plans for the new smartphone – as in getting Sharp to become a major partner backing it? Wouldn't that be a way for Foxconn to get more smartphone manufacturing business so that their reliance on Apple is reduced?

The ever aggressive Foxconn is a major Apple partner, but recent moves into wireless charging and camera lenses and the likely link to an investment in Essential is enough to make anyone wonder if Foxconn could one day pull-off another shocker like they did with their one-time partner Samsung for LCD displays. One moment Samsung was a major customer and, without warning, Foxconn left them stranded. If you're an Apple fan that could have been a humorous moment if not ballsy, but what if Foxconn ever pulled that off against Apple? I don't think we'd find it funny in the least.

At the moment, Apple-Foxconn is like Lennon-McCartney. They're teams that you think could never breakup. But the inconceivable happened and it was a nasty breakup for the Beatles. I now have to wonder if Foxconn has a longer game plan in mind that doesn't involve Apple at all. And when you think about it, if a trade war ever broke out between China and the U.S. Apple would be one of the top U.S. companies that would be hit which would put Foxconn at great risk. So even as a back-up plan, Foxconn has to be ready for any surprising developments, because in the end, business is business.