Home Archives Contact Us Subscribe Twitter MeWe Facebook Patently Mobile
Sharp is getting their OLED Fab for Smartphone Displays up to Speed with the Help of Innolux
Why is Foxconn Pushing Sharp back into the Smartphone Market so Aggressively? 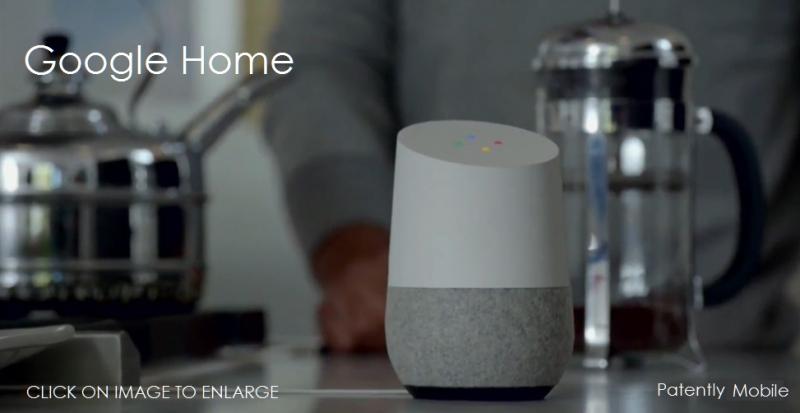 On April 04 we posted a report titled "Apple Patent Reveals a New Security Feature Coming to Siri," which explained that Apple is working on making Siri understand the voice of the owner as yet another security step in being able to access your future devices and online services to ensure that someone who stole your iDevice can't use it or make purchases online. It was a pretty interesting idea. Two weeks later and we're now learning that Google is putting that feature into their 'Google Home' devices, as of today.

CNN reports that "As of Thursday the square, cylindrical device will now recognize partners, roommates, kids and guests who come to visit. Also, Google Home users can now create up to six different accounts on their devices.

So when you say the trigger phrases "OK Google" or "Hey Google," the Home will listen for who is asking and provide answers based on your voice. For example, Google Assistant will know what's on your calendar, what your reminders are and what your commute looks like.

It will also know when someone talking to it doesn't have a profile, preventing personal data being read aloud to someone it doesn't belong to. For instance, if a guest asks what someone's calendar looks like, Google won't read it.

Apple's published patent application for Siri's similar feature was completely coincidental, as Google's patent patent application for this feature surfaced today showing by date that they were ahead of Apple. Of course it'll be up to USPTO to decide who gets the granted first. Late this afternoon Patently Mobile covered Google's patent and you could review the highlights here.