In a new report today we learn that Samsung's guidance for Q1 is likely to deliver a 48% leap in operating profits from the year ago period, their best showing in three years. Analysts attributed the profit growth to the unprecedented semiconductor industry boom which drove up memory chip prices in recent months. This is due mainly to robust sales in 3D NAND chips in use for enterprise servers and mobile DRAM for smart devices. Samsung is securing an unmatched dominance in the global NAND flash chip market with a 37.1 percent share as of the fourth quarter of last year, according to data by DRAMeXchange, a chip market tracker based in the United States. But there was another major development arising today worth noting.

While Samsung's Q1 guidance was one the big stories of the day in South Korea along with the trial of Samsung's heir apparent beginning, a more interesting development surfaced. According to a new Korea Herald report, Samsung Electronics has recently stopped producing and selling digital cameras, hinting at the Korean tech giant's departure from the waning market.

One industry source noted that "Samsung lost its competitiveness in the entry segment with the robust growth of smartphone cameras. Even when Japanese big names such as Canon and Nikon who have more than 100 years of history are struggling in the premium market, Samsung seems to have no option but to leave the market."

A Samsung Official told the Herald that "We no longer produce and sell digital cameras, but will create a new camera product category to continue the business."

Samsung has been working on several next-gen smartphone cameras as revealed in a recent design patent win from the U.S. Patent Office late last month. One of the designs from that patent is noted below. 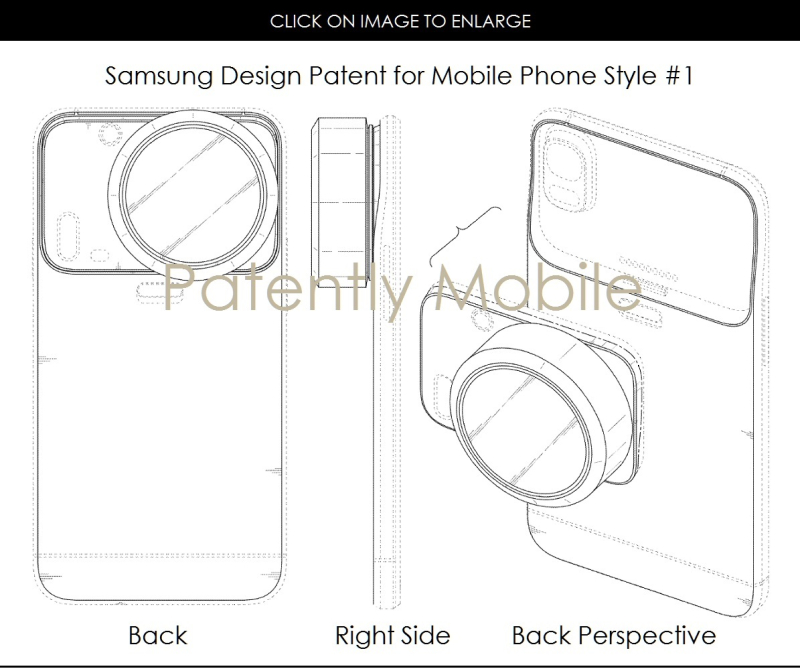 Yet the new smartphone camera category that the Samsung official alluded to may go even one step further by including some form of Gear 360 camera right into a future Galaxy smartphone that will be able to capture high-resolution images and videos in 360-degrees.

For some time now Apple and Samsung have been trying to outdo each other on the camera front with each generation of smartphone. Samsung launched their new Galaxy S8 on March 29 along with a redesigned Gear 360 camera as noted below. 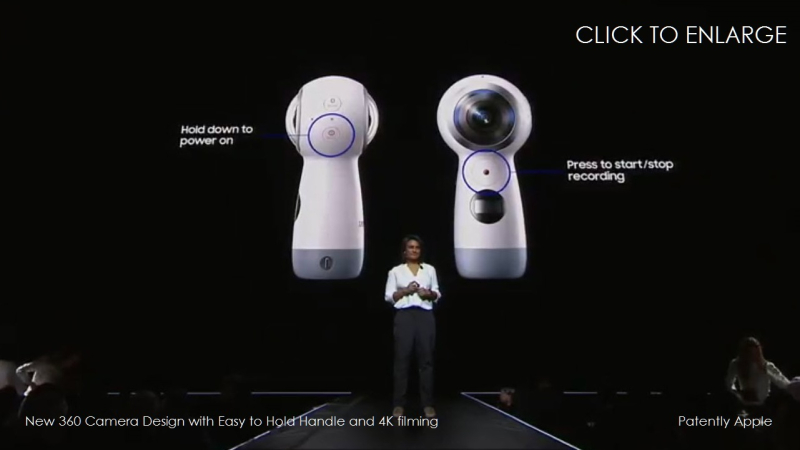 Miniaturizing the 360 camera into a next-gen smartphone would be a huge advantage. News of Samsung already racing ahead with their S9 design broke yesterday with little to no details, but today's news may be a sign of what one of their killer features could be for 2018.

Apple, on the other hand, has also been hard at work miniaturizing a hybrid scanning module for their next-gen 3D depth camera that in-part surfaced with their latest iPhone 7 Plus model in September.

Apple's Israeli team that was gained from their PrimeSense acquisition has provided Apple with an advanced leap in camera technology along with another Israeli acquisition LinX. Patently Apple's 3D archive of patents details the many patents that have come to light on the depth camera front.

Apple was way ahead of the market with their 1994 QuickTime VR image file format. Then Apple introduced the "Panorama" or "Pano" option on iPhone cameras allowing users to take a series of shots of a massive image area to create one massive image that is insanely gorgeous when viewing them on your home's HDTV.

It now appears that Apple may be working on a new 3D version of Panorama for future iPhones. Late last month the U.S. Patent Office published an Apple patent application that covered a method to create a 3D image on an iPhone painless.

Apple's patent filing teaches us that they've created a method to "simulate the 3D image" without having to take dozens of camera shots. On the surface it looks like three or four camera shots covering each side of an object is all that is needed as noted below in one of Apple's patent figures.

In general, techniques are disclosed for displaying a graphical element in a manner that simulates full 3D visibility (including parallax and shadowing). More particularly, a number of images, each captured with a known spatial relationship to a target object, may be used to construct a lighting model of the target object. In one embodiment, for example, Polynomial Texture Maps (PTM) using spherical or hemispherical harmonics may be used to do this."

Apple further noted that "Using PTM techniques a relatively small number of basis images may be identified. When the target object is to be displayed, orientation information may be used to generate a combination of the basis images so as to simulate the 3D presentation of the target object--including, in some embodiments, the use of shadows and parallax artifacts. Orientation information may be obtained from, for example, from an accelerometer or a light sensor."

The ongoing race between Apple and Samsung on delivering better camera quality is now about to leap into new 3D territory and both ideas sound absolutely cool. Sometimes having strong competition pushes each team to push technology to new heights that benefit us all and in this case, delivering true next-gen camera features is going to be one of the killer apps on the way along with Augmented and Virtual Reality.

While my money is on Apple to deliver the cooler 3D camera related features in the coming years, it wouldn't surprise me in the least to see Samsung deliver a measurable win within the Android community. However, if Samsung's feature is only going to be a part of an oddball camera-looking smartphone as their design patent illustrates, then Apple's elegant slim-line iPhone is likely to be the clear winner. For now we'll just have to wait and see how it all pans out but the revelation of killer camera features on the way is great news for all camera lovers.