One of my favorite Samsung smartphone designs was found in a granted design patent published in early January by the U.S. Patent Office regarding a "fold-out" foldable smartphone design. Our report covering this design presented a photo of a Lenovo prototype design to illustrate that this is the favored design to date that could enter the market sometime in the next two years. Yesterday Samsung was granted a new round of smartphone designs showing that the company is currently in a frenzy to find that winning next-gen smartphone design that could catapult them to the top of the premium smartphone market that Apple currently holds firmly. The new smartphone designs that surfaced yesterday cover wraparound and scrollable displays and more.

At the top of the report I pointed to a January 2017 fold-out smartphone design. Now the Samsung design team have come out with similar design as an alternative to the fold-out. The proposed display is simply shown to be a wraparound design with the face display wrapping around to the backside as noted in the patent figures below. 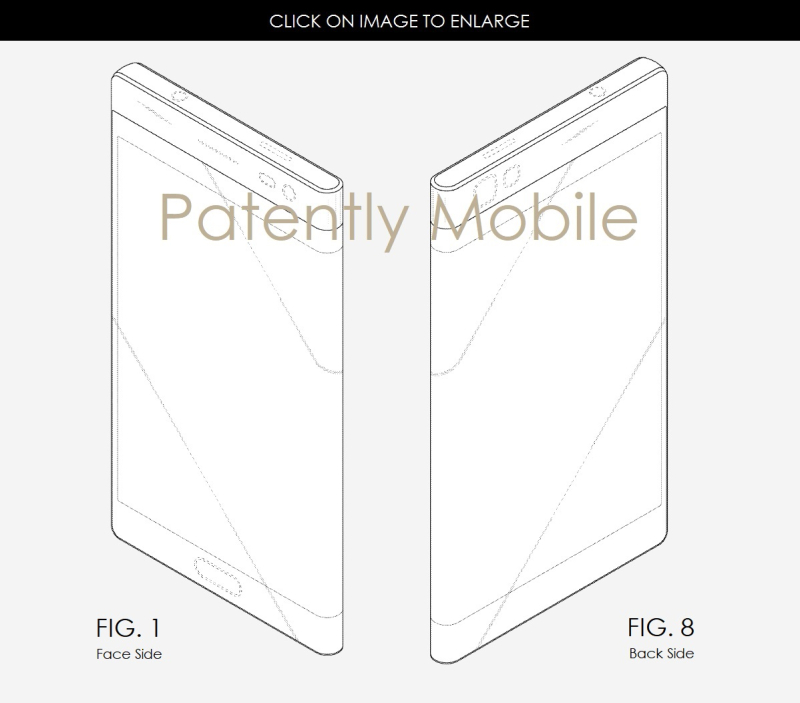 In February 2017 Patently Mobile posted a report titled "New Samsung Patents give us a Peek at their Work on Next-Gen Smartphones and Mobile TVs with Scrollable Displays." In that patent Samsung showed us a scrollable device with two equal handles that opened up like a scroll with the flexible display residing in both handles equally. Their latest design as noted below shows us a simpler single scroll based mobile device. The scrollable display device category has also caught Apple's attention as well. Coincidentally, Apple was granted their First Patent for an iDevice like an iPhone that uses a Scrollable Display just yesterday.

For those of you who like to keep on top of what Apple's competition is up to, check out Patently Mobile's full report here for more patent figures and a third smartphone design.