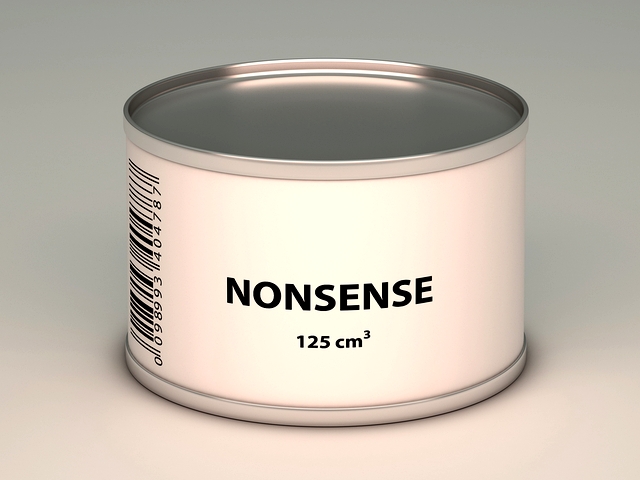 As usual, Global smartphone production volume for the first quarter of 2017 totaled 307 million units, down from the holiday quarter. A new report by TrendForce stated that "The market demand going into the second quarter is expected to remain relatively weak as consumers are holding off their purchases in anticipation of the 10th anniversary iPhone devices that will arrive in the third quarter. Smartphone sales will be fairly lackluster until the second half of this year." That was about the most honest narrative of the entire report before going out of it's way to slant it Samsung's way.

The fact is that Apple only sells premium smartphones. Samsung on the other hand ships dozens of smartphone models that are not in the premium category. Did the TrendForce report show us iPhone 7 vs Galaxy 7 sales stats to see if there was massive growth on Samsung's part? No – of course not. That would have made Samsung look really bad.

Though to be fair, TrendForce did make it clear that "Samsung's sales results for its high-end smartphones fell short of expectations in the first quarter as consumers' confidence in the brand had yet to fully recover from the recall of Galaxy Note 7." They just failed to provide a fair comparison with the iPhone 7 and Galaxy S7 to show that when there's a fair comparison made, Apple was the clear winner.

The one tiny part of the TrendForce report that acts as a nice smoke and mirror marketing piece for Samsung, was overly played up by Samsung fans and the Korean tech press today with wall to wall coverage.

The massive chart shown below is from the Korea Herald today to illustrate how badly they want to pump up Samsung overtaking Apple, knowing full well that Apple doesn't play in the profitless lower end of the market. That didn't matter to them. All that mattered is that Samsung beat Apple. That's all that they wanted to convey to their fan base. But it's not just the Korean press playing this up – the tech world in general is pumping up the Apple angle of the report.

To make it clear that the win for Samsung was based on low-end smartphone shipments, the TrendForce report states that "Strong sales of the Galaxy J series made Samsung the only brand posting production volume growth for the first quarter."

What is the Galaxy J series? This Samsung line-up of smartphones is to compete with the likes of Oppo, Vivo, Xiaomi and now the new Nokia line of phones that sells in the $185 - $240 range. Apple doesn't sell profitless phones in that range. So the volume win in the profitless low-end in Q1 for Samsung is no victory over Apple. It's a complete disconnect from reality to think that it does; it's completely meaningless unless you're a Samsung fan site or a mindless tech site if they've provided no context to the stats found in the TrendForce report. 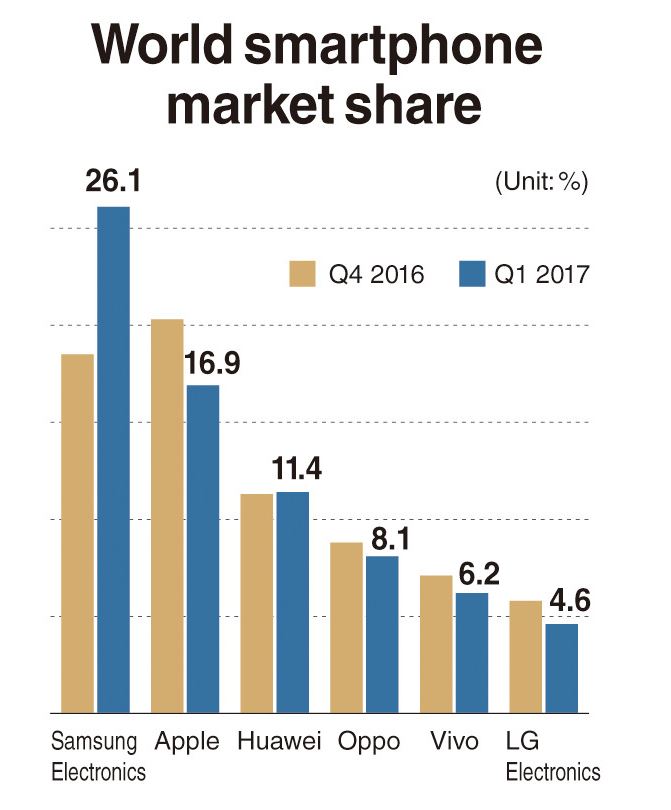 To tilt the report further against Apple, TrendForce notes that "The total production volume of all iPhone devices for the first quarter of 2017 fell by 36% compared with the previous quarter and declined by 41% versus the same period a year ago." The first quarter after the holiday quarter always falls off, so the decline is merely a 5% drop. But TrendForce frames it dramatically by saying iPhone sales fell by a whopping 36%.

Yet did the TrendForce report balance it out by giving us a comparison of the Galaxy S7 sales drop off from Q4 to Q1 2017 and year over year? Ha! – of course not. That would have made Samsung look bad, again.

The report went on to fanatically focus on Apple's declining figures for the next quarter as well: "TrendForce estimates that the total production volume of all iPhone devices for the second quarter will reach around 43 million units, a decline of 17% from the preceding quarter. Apple will likely to lower the production of existing iPhone models as the company prepares for the launch of the next-generation devices in the third quarter."

Did the report offer analysis on other brands like Vivo, Sony or Lenovo for Q2? No, and why is that? Is the iPhone the only smartphone that will decline in Q2? I rather doubt it. But slamming Apple once again is a way to put Samsung in a positive light against their archrival.

The bottom line is that the TrendForce report is definitely slanted to give Samsung a mental edge over Apple and that's how the market is digesting the report today. Case in point: The Korea Herald was glad to report and play up that "Apple, the archrival of the South Korean smartphone maker, slid to the second highest with 16.9 percent."

Of course Apple slid nowhere when you consider the fact that Samsung's premium smartphones continued to be a complete dud in Q1. That's the real story, but it's not the one that TrendForce had any interest in selling. It's a Samsung wins over Apple story at any cost, even if it means twisting the value of the facts that have no meaning in relationship to Apple whatsoever.