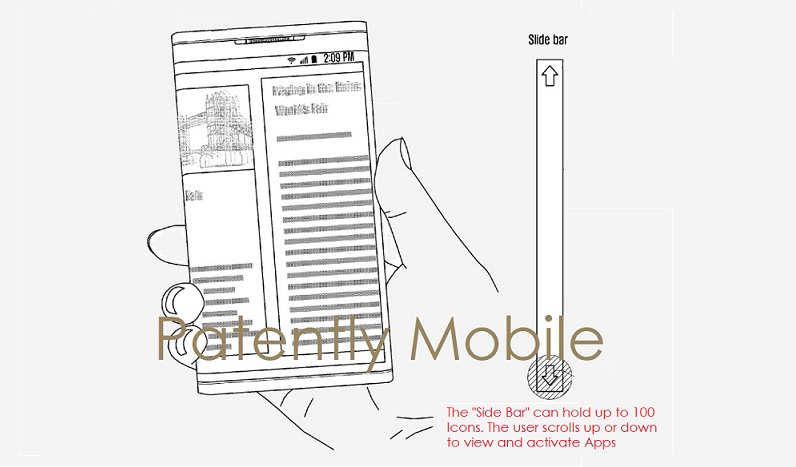 Last week the U.S. Patent & Trademark Office published a patent application from Samsung that revealed a next-generation Note smartphone that could use touch and stylus input. Patently Mobile first posted a report on this basic design on April 18 as a "design patent." Last week the utility patent supporting this design came to light shedding a little more light on this design. The smartphone offers a wraparound display from full front to full back. The design also introduces us to a unique smart spine feature that allows a user to open an app on whichever side of the smartphone they desire. This could be a forerunner to a future full foldout display model that we covered back in January. 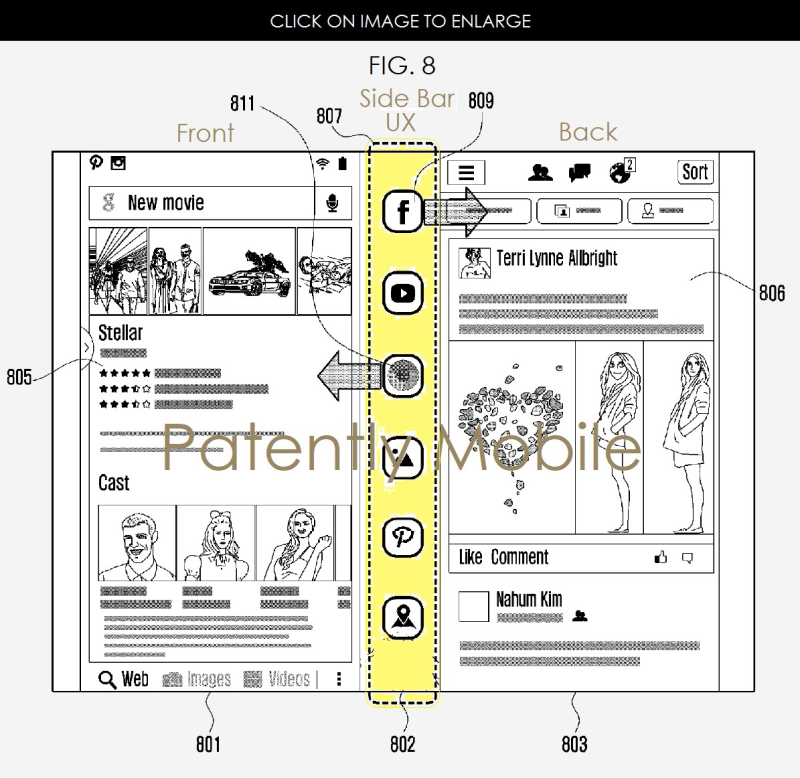 Samsung's patent FIG. 8 noted below represents a new and unique idea for a smartphone. . The illustration below is an example of touching an icon displayed on a side display region and thereby executing an application corresponding to the icon.

For those of you that like to see what the competition is up to, check out Patently Mobile's full Samsung smartphone report here.

If Samsung wants to overtake their Chinese rivals and get ahead of Apple on the premium side, they'll have to use their display division to give their smartphones an advantage. A smartphone with a wraparound display or one that folds out could provide them with an edge if they had the courage to bring it to market. Yet with their Note 7 turning out to be a disaster, they'll probably be gun shy in trying anything risky in the market for some time to come.