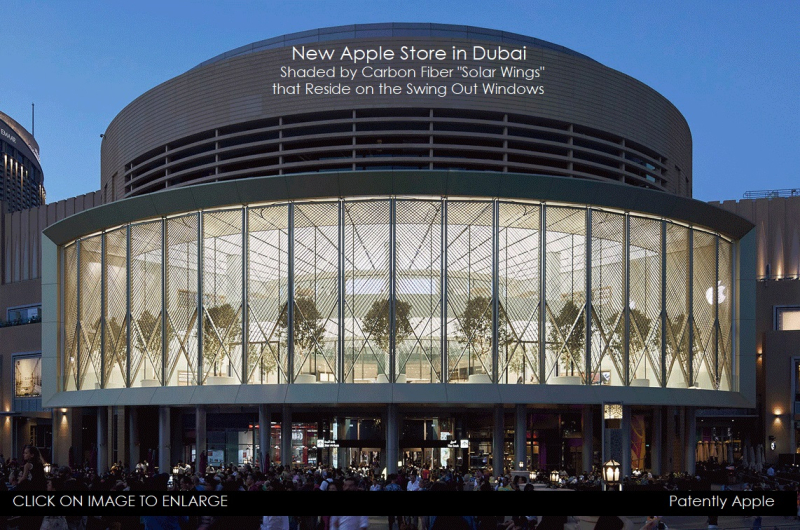 Yesterday Patently Apple posted a report titled "Apple's Angela Ahrendts was in Dubai Tonight giving a Special Presentation to the Press on the New Apple Store and more." Late last night Apple posted a report on the new Apple Dubai Mall store, which has a 186-foot curved storefront and balcony overlooking Burj Khalifa and the Dubai Fountain. Envisioned as a space for the community to gather, learn and be entertained, Apple Dubai Mall will also serve as a venue to watch the spectacular evening fountain shows and will host Apple's new global in-store experience. Apple's location overlooking the lake will stay open as late as midnight to everyone exploring the area.

Like many of Apple's other significant stores, Apple Dubai Mall aims to be open and transparent, blurring the barriers between inside and out, to erase the boundaries between the store and the community. To mitigate Dubai's climate, Foster + Partners designed eighteen 37.5-foot-high motorized "Solar Wings" that respond to the ever-changing environmental conditions. When the sun is at its hottest they cool the store, and in the evenings they open to welcome everyone to the public terrace. Inspired by the the traditional Arabic Mashrabiya, each "Solar Wing" is locally fabricated from 340 carbon fiber reinforced polymer rods, and at 180 feet wide, the 18 panels make up one of the world's largest kinetic art installations. The panels in the closed position can be seen in our cover graphic. Below is another angle of the store showing the swing out windows/"Solar Wings" in the open position. 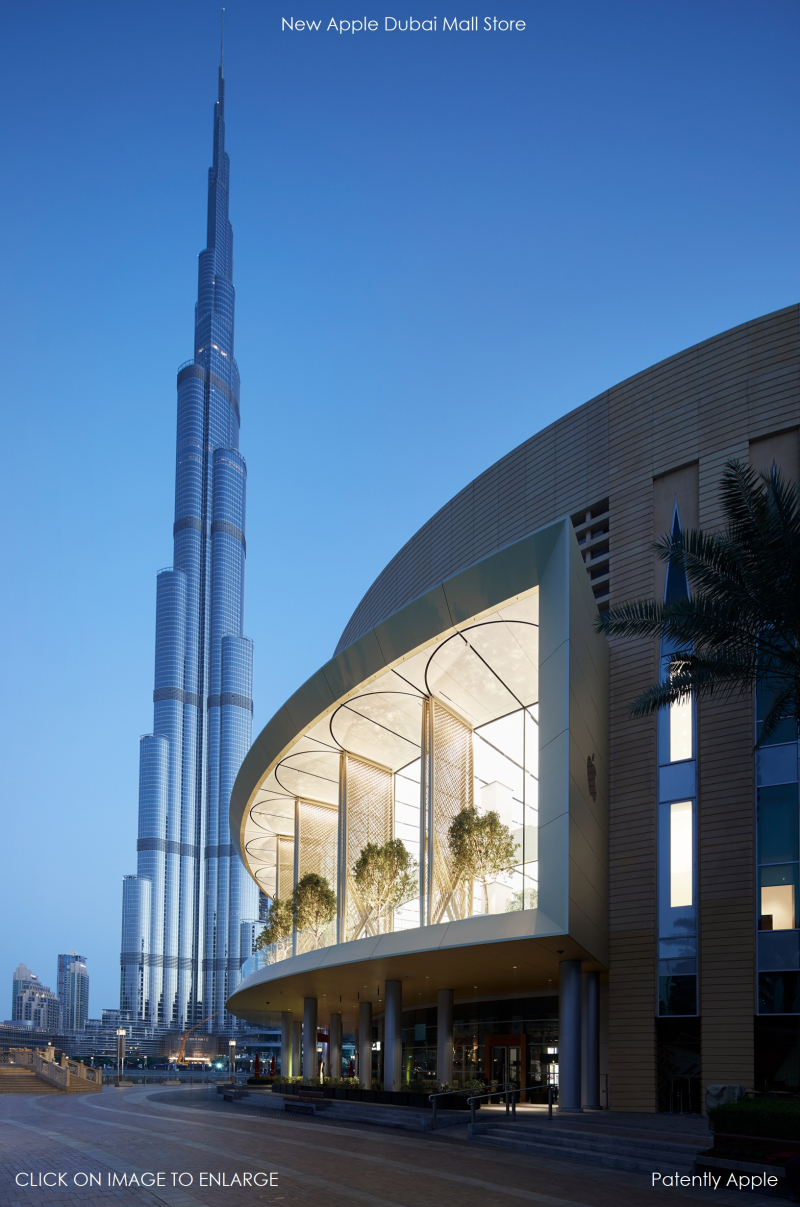 Angela Ahrendts, Apple's senior vice president, Retail stated at the press event that "We view our stores as a modern-day town square, where visitors come to shop, be inspired, learn or connect with others in their community. And what better place to come together than overlooking Dubai's epicenter, where the Dubai Fountain, Burj Khalifa and Dubai Mall meet. We are so honored to have a home at one of the world's most incredible and dynamic intersections." 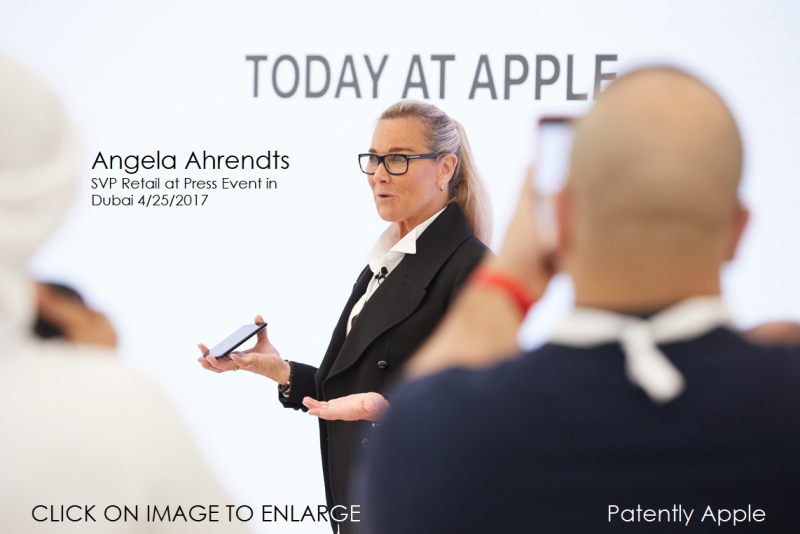 All of the store's 148 employees are ready to welcome customers from around the world and speak a collective 45 languages. Angela Ahrendts spoke to the press about the new 'Today at Apple' progam that will be go into effect starting tomorrow when the new store officially opens to the public and tourists.