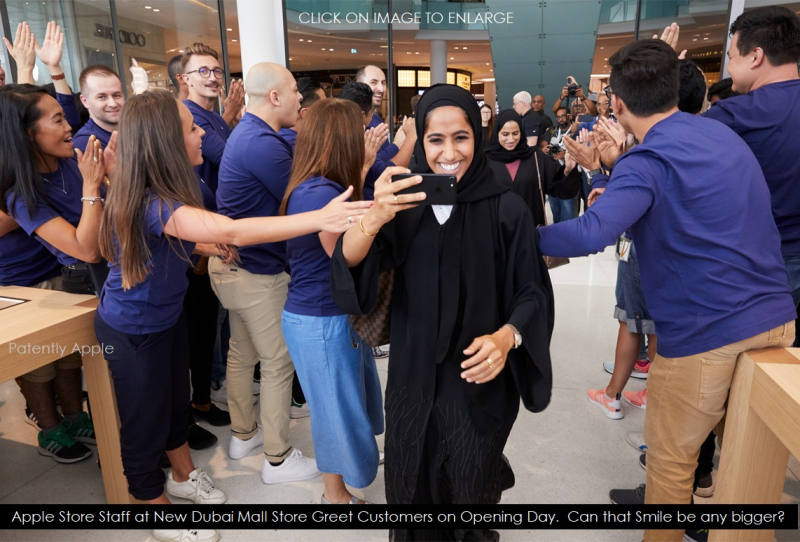 Prior to the new Dubai Mall Apple Store was officially opened, Apple's SVP Retail, Angela Ahrendts gave the local press a peek at the store and it's use of "Solar Wing" doors unto a balcony giving everyone a stunning view of the Dubai Fountain. Ahrendts also made a presentation about Apple's new "Today at Apple" class program. Yesterday the store opened with Apple's classic staff greeting for customers. The first customer through had a genuine gigantic smile that almost broke the camera as noted in our cover graphic. 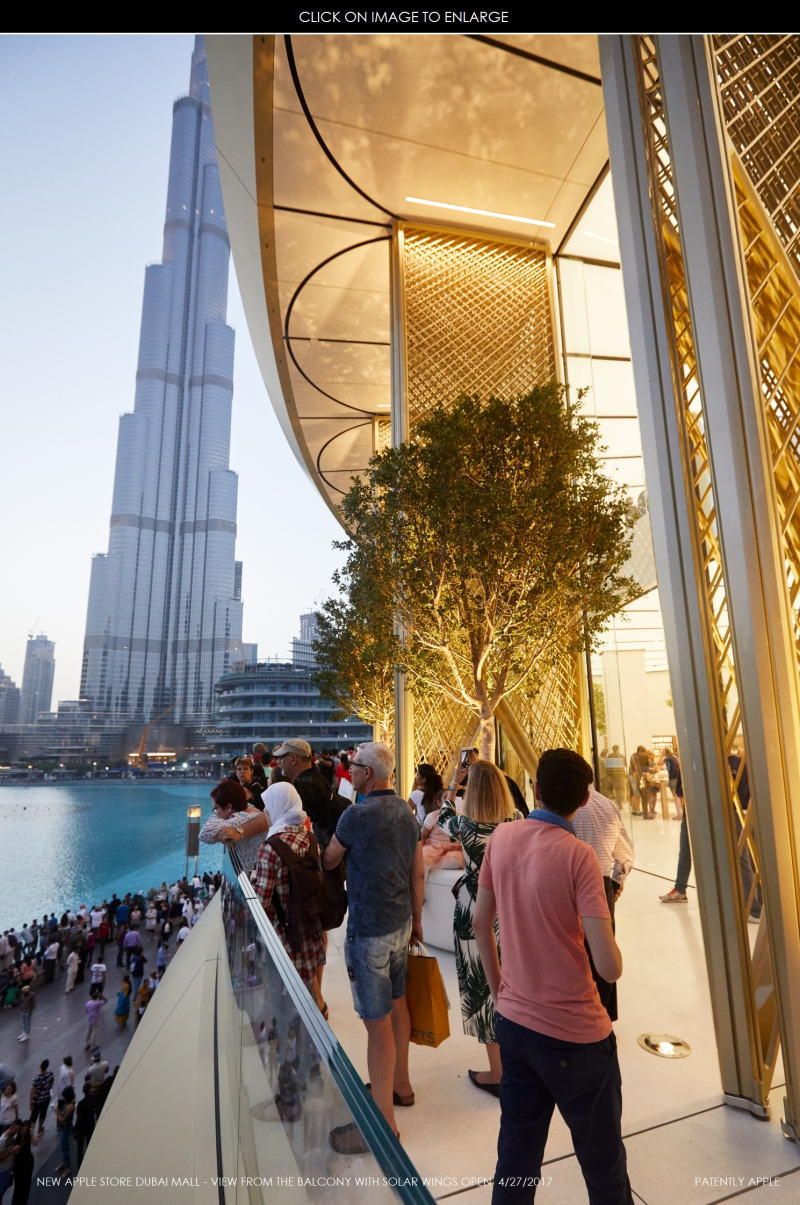 Perched above the Dubai Fountain and in the shadow of the Burj Khalifa, Apple Dubai Mall opened to thousands of customers Thursday afternoon. Customers were the first in the Middle East to experience the just-announced "Today at Apple" programs. 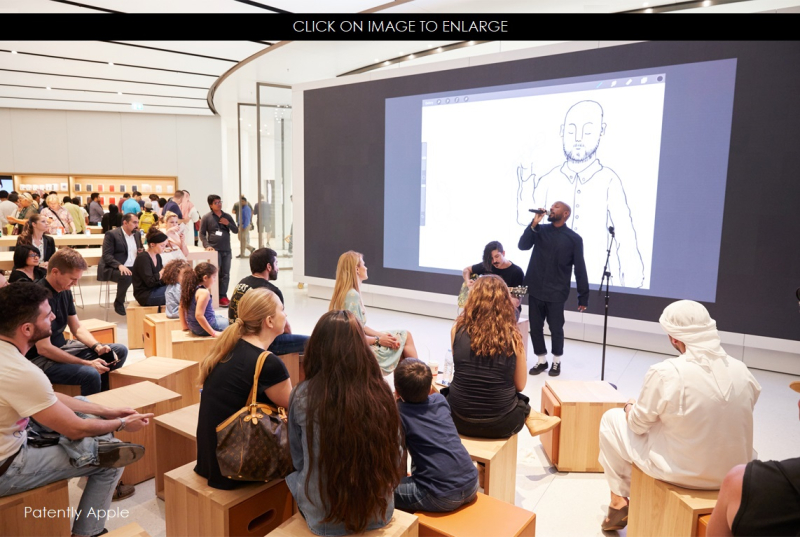 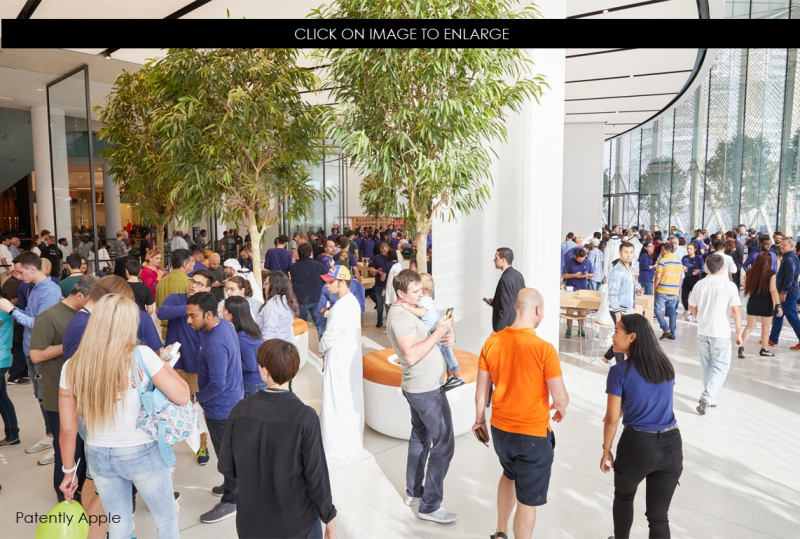