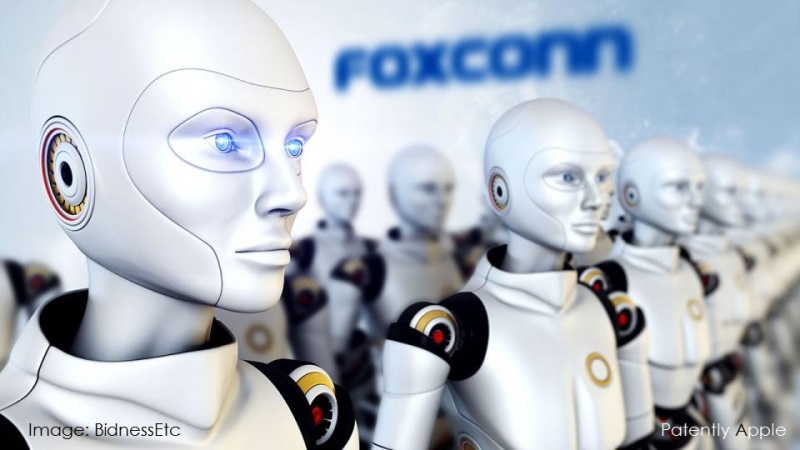 In December Patently Apple posted a report titled "Foxconn Confirms they're in Preliminary Discussions to expand its Operations in the United States." In January we followed-up with a report titled "Foxconn Reiterates their Plan for a U.S Plant." Then in March the Nikkei noted that "Terry Gou hinted that its plans to invest in the U.S. may not materialize anytime soon, due to labor issues and a lack of incentives.

A new Nikkei report this evening notes that when Foxconn's Chairman Terry Gou visited Washington in late February, the Taiwanese tycoon met with Trump's son-in-law Jared Kushner. The report goes on to say that Gou is now set to meet U.S. President Donald Trump in Washington on Thursday.

The Nikkei further noted that "with Trump's persistent pledge to bring manufacturing jobs back to the U.S. and Gou's dogged determination to acquire the memory chip business of embattled Japanese conglomerate Toshiba, the two will likely exchange their views on related issues."

The impression is that the meeting will be next Thursday considering that the Nikkei report is dated Friday April 28, 2017. Whether the talks will be about the display plant that we covered earlier in the year, their Toshiba bid or other business ventures is unknown at this time. But getting a meeting with the President is likely because there's going to be something to announce due to Gou's preliminary meeting with Kushner.

We'll know for sure next week, especially if it's about more creating more jobs in the U.S. The rest of the Nikkei report is basically filler, but you can check it all out here for more.