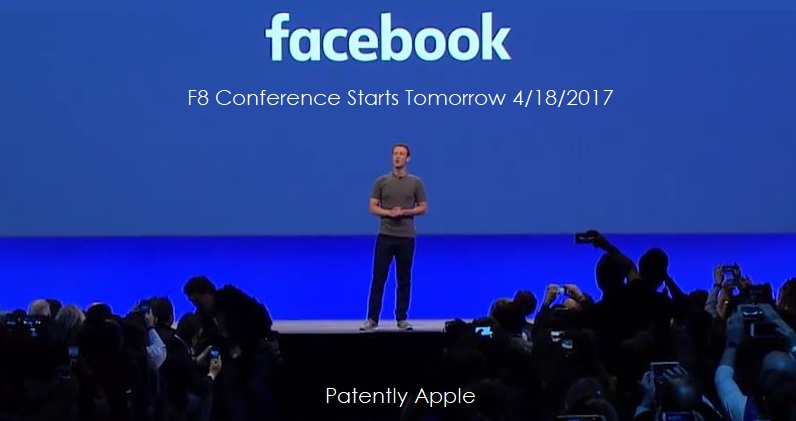 Last year Patently Apple reported that Regina Dugan, who led Google's Advanced Technology and Projects (ATAP) group, left the company to continue her work over at Facebook. Tomorrow Facebook will hold their annual F8 conference for software developers that will emphasize Augmented Reality. During Wednesday's session we may get to see some of the new toys that Regina Dugan has been working on for Facebook.

From the live-streamed event, expect advances in how virtual reality can become truly social, beyond playing games or taking selfies in 360-degree recreations of real places, and updates to Facebook Messenger.

On the second day of the conference, Facebook will tease futuristic gadgets, some of which are being cooked up in a secretive lab called Building 8 run by former Google executive and head of DARPA Regina Dugan. Building 8 has been stocking up on experts in consumer electronics, neuroscience, and robotics and computer vision. Cameras are said to be part of the experimental mix and so is brain scanning.

You could learn more about the F8 conference here. Sessions will focus on smartphone cameras, virtual reality, Messenger, and more.

In March Patently Apple posted two reports on the subject (one and two) covering Apple's growing team dedicated to all things Augmented Reality and beyond. Rumors have suggested that Apple may introduce an Augmented Reality application for the iPhone 8.

In the end, Facebook's F8 conference will be full of super hype to show that Facebook is the leader is this field even though nothing of real value has yet to crack the consumer market. In February we posted a report about how thrilled Zuckerberg was wearing VR Gloves to type on a virtual keyboard within the Oculus VR headset.

Here's to hoping that in F8's session two on Wednesday we'll get to see cooler developments beyond VR gloves. 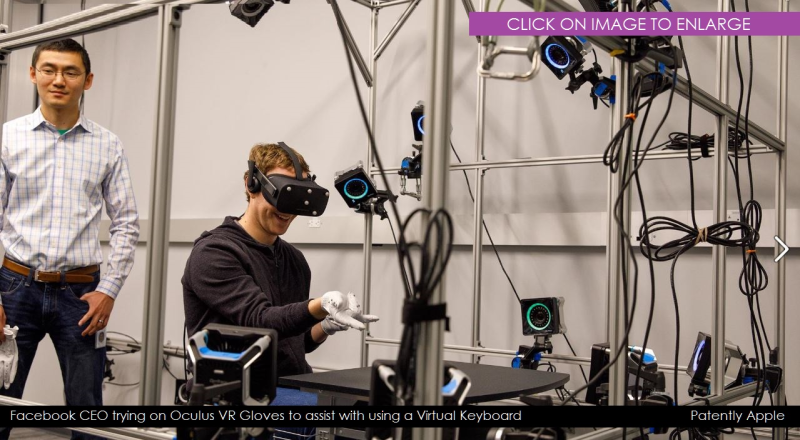