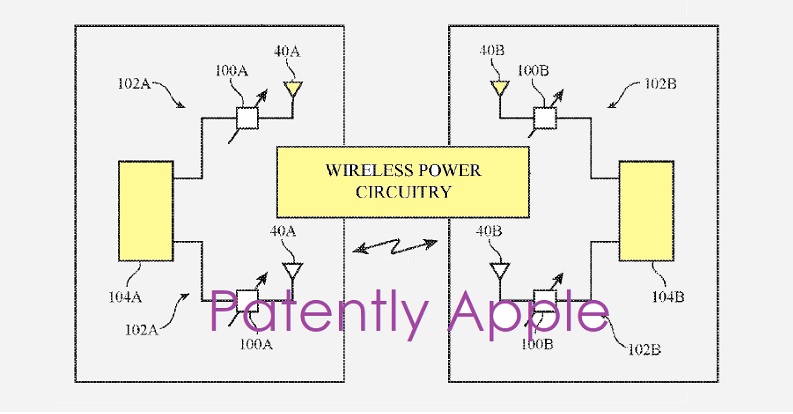 Today the US Patent & Trademark Office published a patent application from Apple that relates to wireless charging. Apple has four wireless charging patents published this year alone which could viewed here. In Apple's fifth wireless charging patent for 2017, they note that challenges can arise in implementing wireless charging and communications system. If care isn't taken, sensitivity to antenna misalignment and other issues can make it difficult or impossible to achieve desired levels of performance when integrating antennas and other structures into devices of interest. Apple's invention is designed to improve wireless circuitry systems using patch antennas.

The patch antennas may be used to form a beam steering array. The wireless circuitry may include adjustable circuitry to steer wireless signals associated with the antenna array. 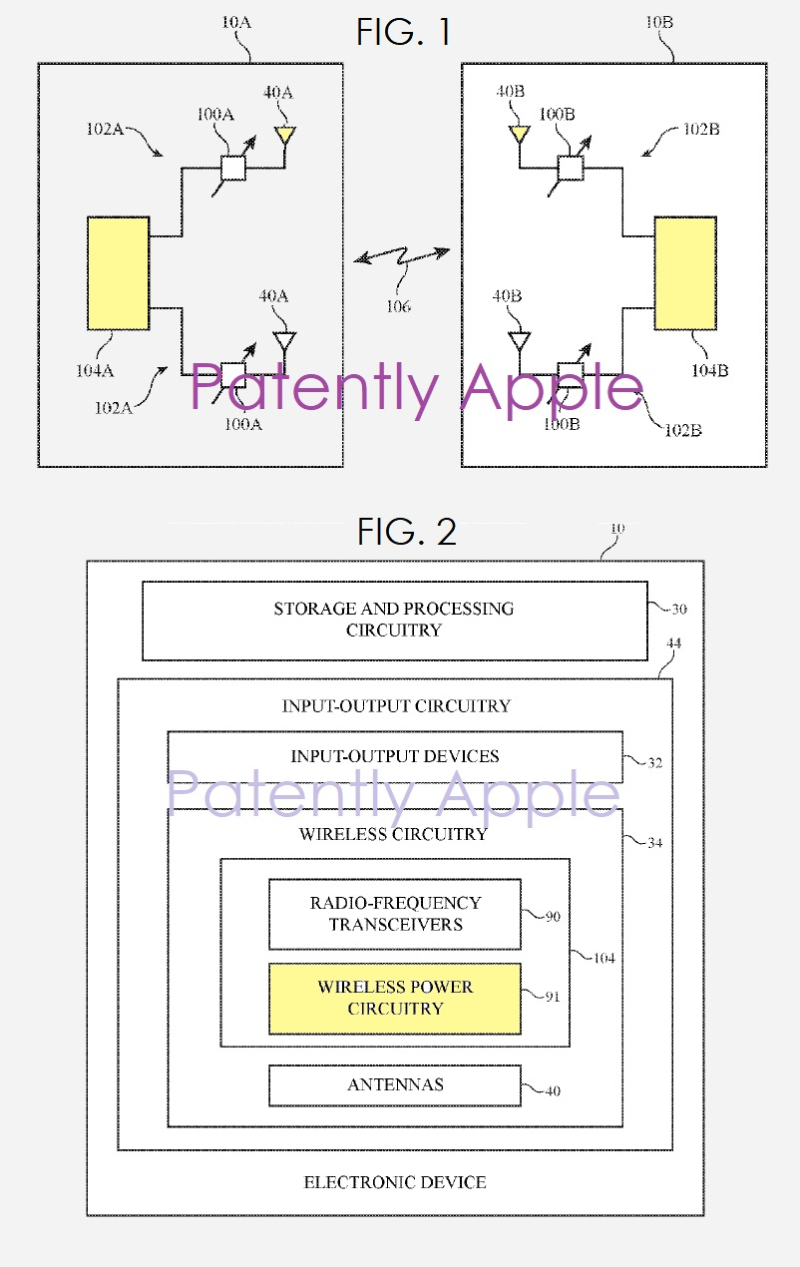 Apple notes that in patent FIG. 1, device 10A or 10B could be any of the following: a MacBook (laptop computer), an iMac (a computer monitor containing an embedded computer), an iPad (a tablet computer), an iPhone (a cellular telephone), an iPod (a media player), or other handheld or portable electronic device, a smaller device such as an Apple Watch (a wrist-watch device), a pendant device, AirPods (headphone or earpiece device), a device embedded in eyeglasses or other equipment worn on a user's head, or other wearable or miniature device, a television, a computer display that does not contain an embedded computer, a gaming device, a navigation device, an embedded system such as a system in which electronic equipment with a display is mounted in a kiosk or automobile, equipment that implements the functionality of two or more of these devices, or other electronic equipment.

Apple further notes that device 10B may include one or more antennas such as antennas 40B that exchange wireless power signals and/or wireless communications signals with antenna(s) 40A via wireless path 106.

It should be noted that devices 10A and/or 10B noted in FIG. 1 are never identified as a Wi-Fi device in the list presented above. The transfer of power is between devices as noted in previous Apple patents like this one. 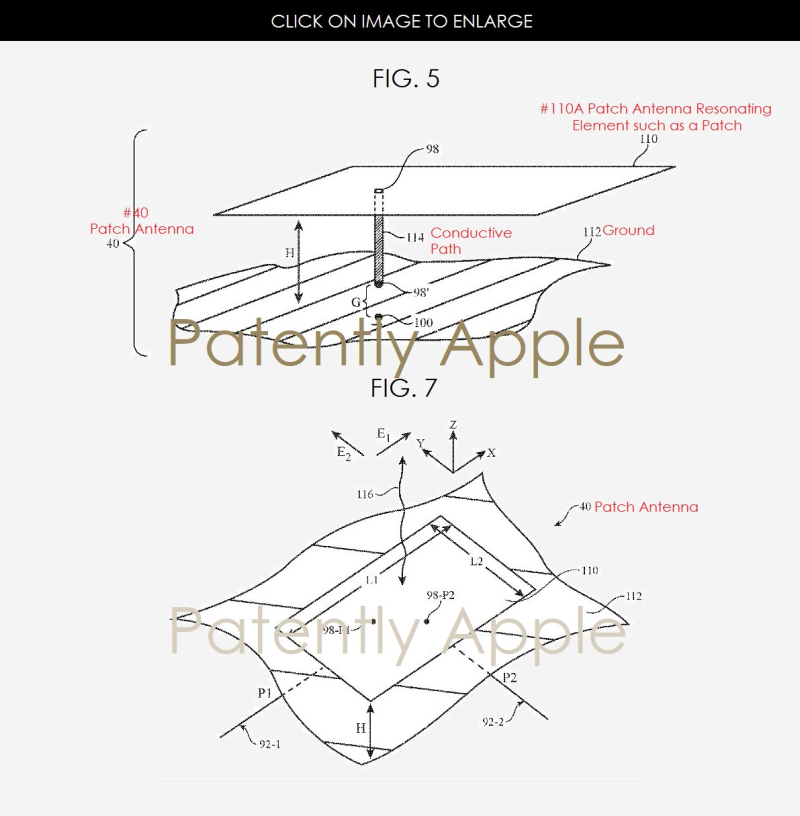 Apple's patent application 20170117754 was filed back in Q4 2015. To learn about the finer details of this invention, click here. Considering that this is only one of many wireless charging patent applications or record, the timing of any such product to market is unknown at this time. With that said, it's highly anticipated that Apple's iPhone 8 will be the first Apple device to bring wireless charging to market in one of many forms and methods.