Gartner noted that "The market has extremely limited opportunities for vendors below the top three, with the exception of Apple, which has a solid customer base in specific verticals."

HP was the only PC vendor to grow both in the US and around the world. While Apple's PC shipments experienced about a 1% decline in the U.S., they showed growth of 4.5% outside the U.S. 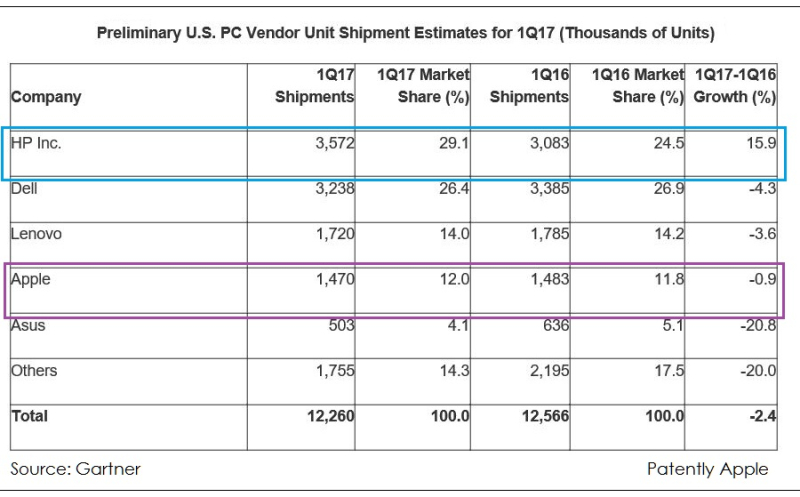 The competition among the top three vendors intensified in the first quarter of 2017. Lenovo and HP were in a virtual tie for the top spot. Lenovo accounted for 19.9 percent of worldwide PC shipments (see Table 1), followed by HP with 19.5 percent share, and Dell at 15 percent share. Lenovo's growth exceeded the regional average in all key regions except the U.S.

In stark contrast, the stats from IDC show HP as the clear winner in global sales with 13.1% growth year over year versus the Gartner report only showing 6.5% growth.

HP showed the strongest growth among the top six vendors, as its global PC shipments increased 6.5 percent in the first quarter of 2017 and by IDC stats 13.1%. HP's shipments grew in all regions, and it did especially well in the U.S. market, where it had a 15.9 percent increase in PC shipments while all other vendors fell into negative territory, including Apple. 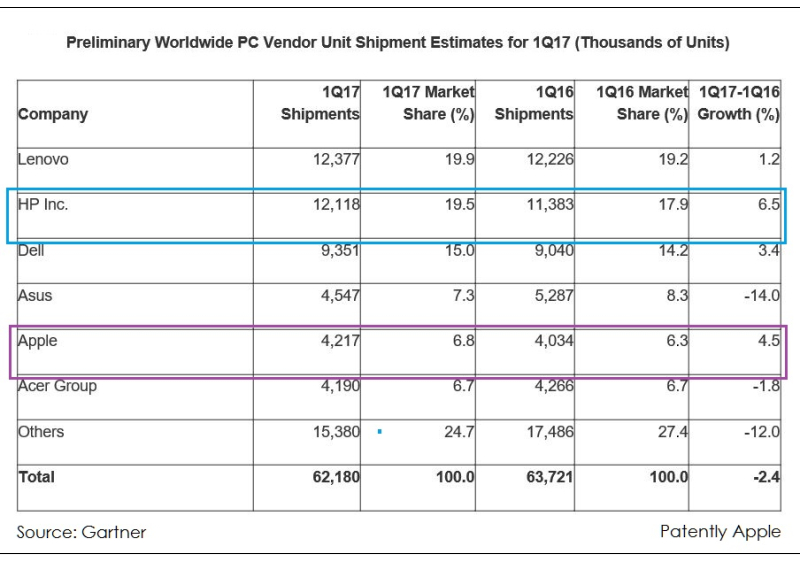 One of the disadvantages for Apple in Gartner's statistics is that the iPad is excluded while Windows based equivalents like Microsoft's Surface is counted. Apple would have shown growth in the U.S. should iPads have counted.

Gartner Notes: "Data includes desk-based PCs, notebook PCs and ultramobile premiums (such as Microsoft Surface), but not Chromebooks or iPads. All data is estimated based on a preliminary study. Final estimates will be subject to change. The statistics are based on shipments selling into channels. Numbers may not add up to totals shown due to rounding."