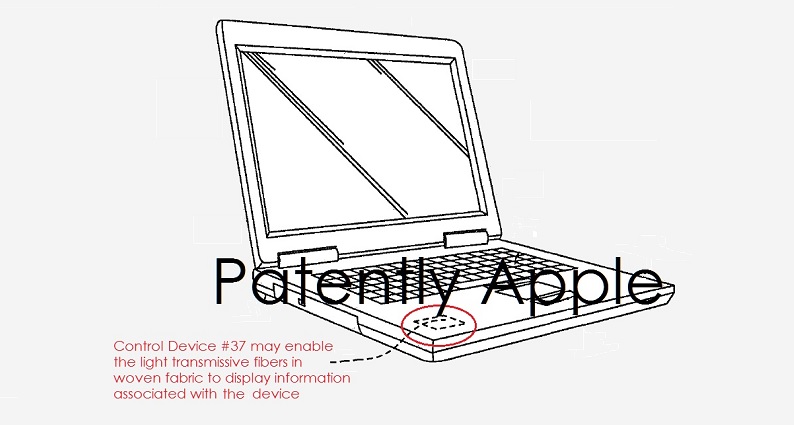 The US Patent & Trademark Office published a patent application from Apple that relates to laminated polymer fabrics and the cutting of laminated polymer fabrics using laser techniques that are well suited for consumer products made by Apple. Another fabric related patent surfacing today updates a 2015 patent relating to the field of woven fabric displays which include fibers having varying optical properties. One example describes the top lid of a future MacBook being a smart fabric which could display messages and time on the lid when closed.

Apple further notes that the smart fabrics could also be incorporated into the palm rest area of the MacBook that could light up with messages about the status of the MacBook and more. In another example, Apple describes a faux suede fabric look for a future MacBook which could be a nice change from aluminum.

In addition, the fibers or threads may be a different color than the polyurethane, exacerbating the cosmetic problem. What are needed therefore are methods for efficiently cutting polyurethane laminated fabrics such that the cut laminated fabric has clean and cosmetically appealing edges. 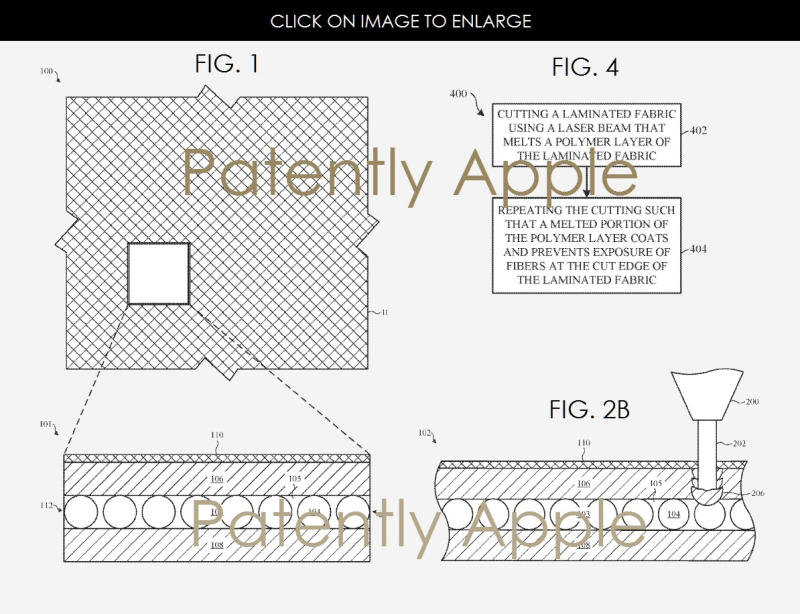 Apple's patent FIG. 1 noted above shows us a plan view and a partial cross-section view of laminated fabric. FIG. 2B shows laminated the fabric #102 after laser beam #202 has completed several impingements within the laminated fabric such that subsequent pool #206 of melted polymer material from the first polymer layer #106 is formed; FIG. 4 is a flowchart indicating a process for cutting a laminated fabric.

While we're on the subject of next-gen materials that Apple may use in future products, a continuation patent surfaced today covering the topic of a "Woven Display." 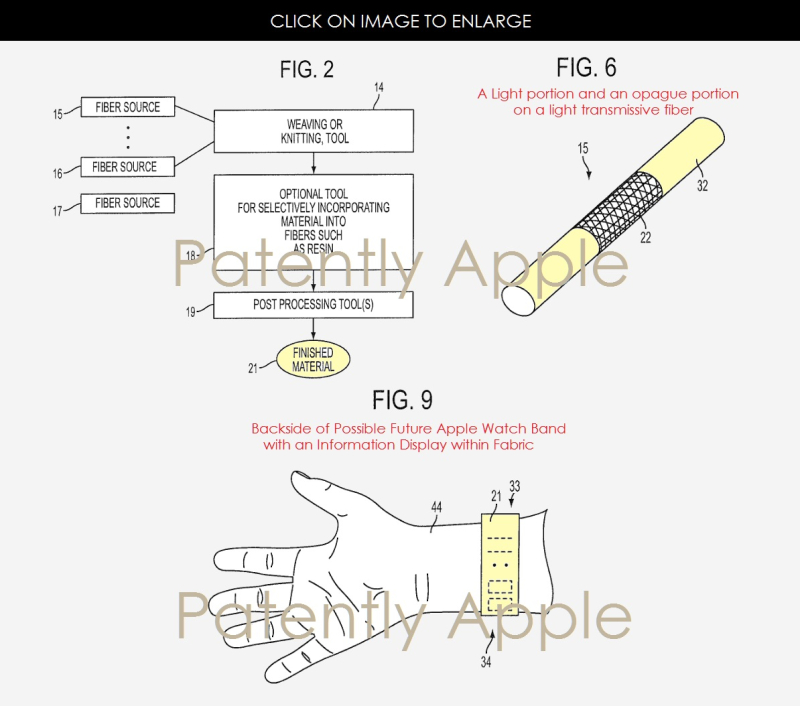 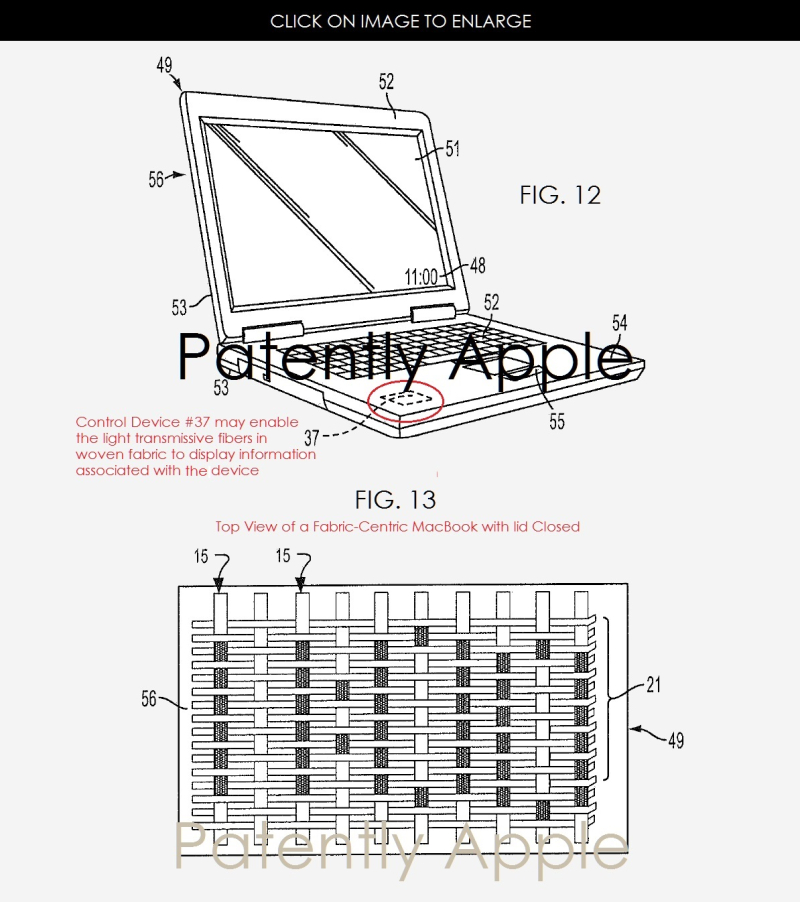 For a general overview of noted Apple's invention you could review our original report titled "Apple Reveals Future Smart Apple Watch Band that could Act as a Messaging Display" that was posted in December 2015.

As is the case with many inventions that Apple is working on, new developments and advancements are ongoing and when significant advances are made, Apple moves to legally nail them down by extending the original patent claims so as to protect key aspects of an invention.

The key additions to their patent

Other new claims include:

Claim #8: The fabric of claim 1, further comprising a light source in electronic communication with a processor of an electronic device.

Claim #13: The fabric display system of claim 11, wherein the fabric is physically connected to the electronic device.

Apple's continuation patent elaborates on the messaging and the woven displays on the MacBook in addition to a MacBook pouch and/or carrying case. Below are just a few added points that weren't covered in the original report because this information wasn't available at that time.

Referring to FIG. 13 which is illustrated above, Apple notes that the top portion #52 of a MacBook #49 is shown in a closed position. In one embodiment, the outside cover portion #56 includes a woven fabric that has been invested with a resin such that it is formed as part of the housing such that the fabric portion #21 is visible to a user.

The Fabric may also be added to an existing housing as a cover portion. Information, such as time on a digital clock is displayed by the light transmissive fibers in the fabric.

The information displayed may go beyond mere time to include information about the status of the MacBook or an indication of messages received or calendar information regarding appointments could be visually conveyed to a user on the outside of the MacBook when it is, or is not, otherwise in use. For example, the visible light portions on the fabric could blink when a message is received to alert the user.

In an alternate embodiment, the fabric is made into a carrying pouch or case accessory. Fabric MacBook accessories could also take on the appearance of a a backpack or a purse which may be removably connected to the MacBook.