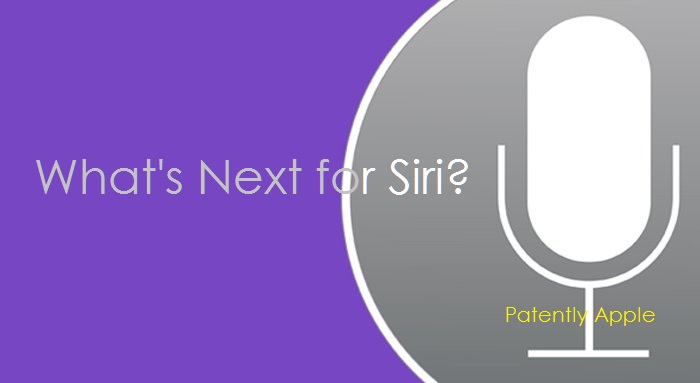 Recently the US Patent & Trademark Office published a patent application from Apple that revealed a new security feature coming to Siri. While it sounds very simple, this new feature could actually pack quite the punch in that it could be extended to a whole host of future devices. Today we have passwords we type in and Touch ID. In the future, we may also have facial and voice recognition. You may have a vocal password that also carries an audio footprint. Technically it's Voice Biometrics, a feature that's not associated with Siri today. In the future, if Siri doesn't recognize the voice of the owner of the device, accessing Siri or the computer associated with it will be impossible.

Apple's invention provides a method to train Siri to know the voice of the owner of the iDevice before responding to a command. Apple's patent FIG. 8B noted below illustrates a process for recognizing a speaker to invoke a virtual assistant. 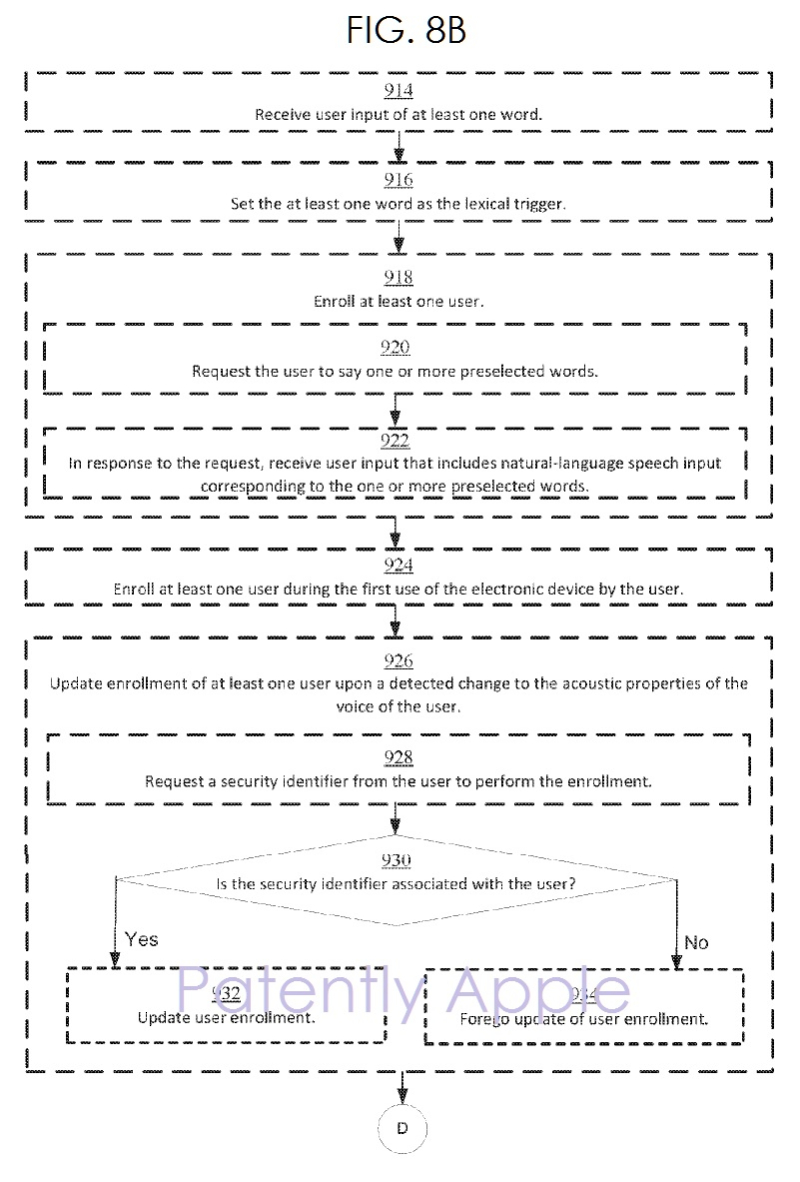 Today if your phone is left at your office desk unattended, someone may still be able to access Siri even if they can't get into your system because you've secured it with Touch ID.

In the future, in order to access Siri, a person will have to know a passcode, use a fingerprint or be recognized by the system via face recognition. Unless your iDevice recognizes you on multiple security levels, Siri will remain unresponsive to commands or requests.

In the future, your Apple TV may only respond to specific users within a household. This way children or teens won't be able to make big purchases or rent movies because Siri can't be engaged and it won't let anyone make a purchase.

You can imagine this kind of security eventually being applied to your vehicle or your home doors in the future. If Siri isn't greeted with the right lexical trigger or doesn't recognize you as the owner of the car, it will fail to start, period. If it's part of home automation, your home door may not open even though someone may have the key.

Apple's patent pending invention is quite simple and yet it packs an interesting punch by delivering a new layer of security for future iDevices, Macs and beyond.