Today, the way most people are dealing with their storage needs is through traditional hard drives. In fact, 79 percent of desktop PCs still use hard disk drives as the primary storage. But while a hard drive may address the storage issue, it also slows down a system and makes it feel less responsive. No one likes to wait. Waiting for games, movies, videos, hi-res photos or large files in your Outlook inbox to load is just plain frustrating.

Yesterday Intel announced that Optane memory module (16GB and 32GB) for desktops will be available beginning April 24 for customers who want to install them in their Intel Optane memory ready motherboards or systems. In addition, starting in the second quarter of this year, PC manufacturers like HP, Dell, Lenovo, Asus, Acer and others will begin shipping both consumer and commercial products equipped with Intel Optane memory.

This new innovation in memory, with 7th Gen Intel Core processor-based PCs, and other Intel technologies are paving the way for the future of computing. These advancements change the way we interact with our devices and the world around us, from gaming to virtual/augmented/mixed reality and everyday productivity. It's never been a more exciting time for the PC industry.

What are the advantages of Optane? To put it in perspective, on a given day, most people launch 11 apps, and then launch each app seven times. With the increased speed and responsiveness of Intel Optane memory in a 7th Gen Intel® Core™ processor-based system, you can power on your computer up to twice as fast and improve overall system performance up to 28 percent faster with storage performance up to 14x faster.2,3 Applications like Microsoft Outlook* will launch up to nearly 6x faster, the Chrome* browser launches up to 5x faster, games launch up to 67 percent faster, and levels load up to 65 percent faster.

Whether Apple's next-gen desktops and MacBooks will take advantage of this advancement is unknown at this time. However, last year we posted a report tilted "Intel's Insanely Fast Optane SSDs will be Compatible with Macs when it Debuts in Late 2017." The report noted that Macworld made the claim that Intel's new technology would in fact be Mac compatible. However, the context was about Optane SSDs. Logic would suggest that if Apple is considering Intel's SSDs for Macs that Optane memory would also follow. But logic doesn't always win the day and so we'll have to wait and see how this plays out in 2017. 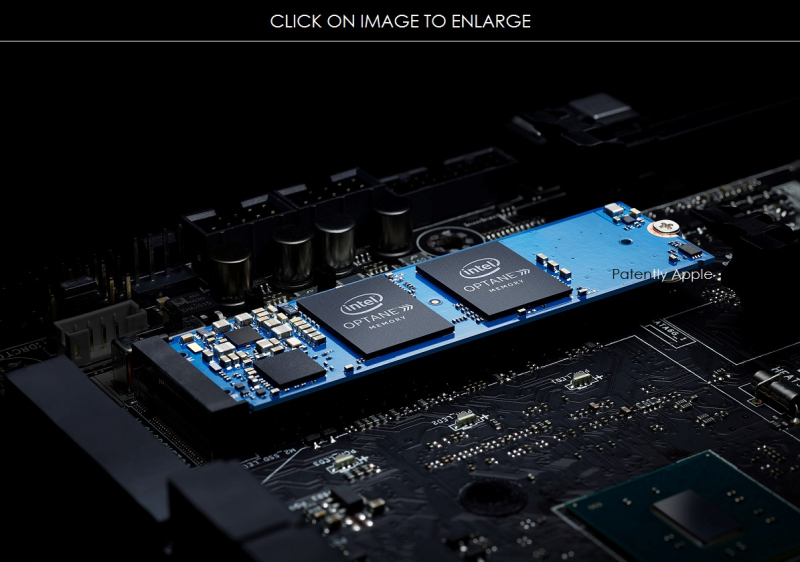