The Japanese Government Likely to Ensure Toshiba is acquired by a U.S. Firm and Lock out Chinese Bidders like TSMC 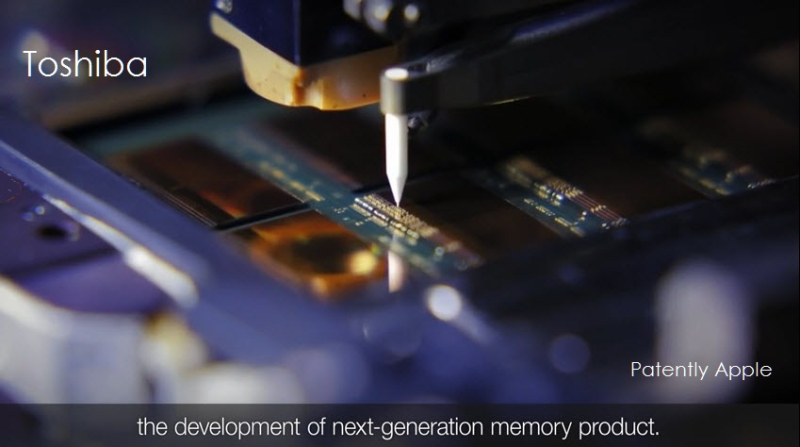 On Tuesday Patently Apple posted a report about TSMC and Foxconn joining together to make a joint bid for Toshiba. Such a move would be great for either of Apple's suppliers and bad news for Samsung should their bid be successful. Foxconn recently acquired Japan's 'Sharp' that was on the verge of collapse and the Japanese government didn't even bat an eye over "security" reasons. Yet it's being reported today that the Japanese governement sees it differently for bidders regarding Toshiba.

Behind the charade is pure politics, American politics that is. Forbes and others reported back in January the White House, still under Obama, viewed the Chinese a risk to America's semiconductor business.

In January Forbes reported that "A White House advisory panel issued a report recommending that the U.S. strengthen protection of the semiconductor industry, especially against threats posed by Chinese policies to dominate the sector.

The report, released Friday by the President's Council of Advisors on Science and Technology, said that the "concerted push by China to reshape the market in its favor, using industrial policies backed by over one hundred billion dollars in government-directed funds, threatens the competitiveness of the U.S. industry and the national and global benefits it brings.

In August 2016, President Barack Obama made the unusual move to block a proposed sale of Aixtron SE in Germany to a unit of Fujian Grand Chip Investment Fund, a fund that is part-owned by the Chinese government, citing security concerns. Aixtron develops technology with military applications."

Prime Minister Shinzo Abe met with President Trump lately and it was about business matters and security. So the Japanese government stepping into the bids for Toshiba, a semiconductor company, and bringing up "security" is for sure a move to ensure that an American company wins the bid for Toshiba. So this move that Reuters is reporting on shouldn't come as a surprise in the bigger picture.

To make this point crystal clear, a sources told Reuters that "The United States is the only feasible partner from Japan's national security standpoint," noting that cutting-edge chips are at the heart of robotics, artificial intelligence and connected devices.

Japan's Foreign Exchange and Foreign Trade Act dictates that an overseas company looking to buy a Japanese company with technology considered key to national security must obtain government permission in advance." For more on the Reuters report, click here.

While a winning bid by TSMC and Foxconn would have been great for Apple, in the bigger picture, the deal was never really in the race as far as the Japanese government was concerned. Japan doesn't want to be locked out of doing business with the U.S. under Trump and in this case, it was politics that won the day for the U.S. semiconductor industry