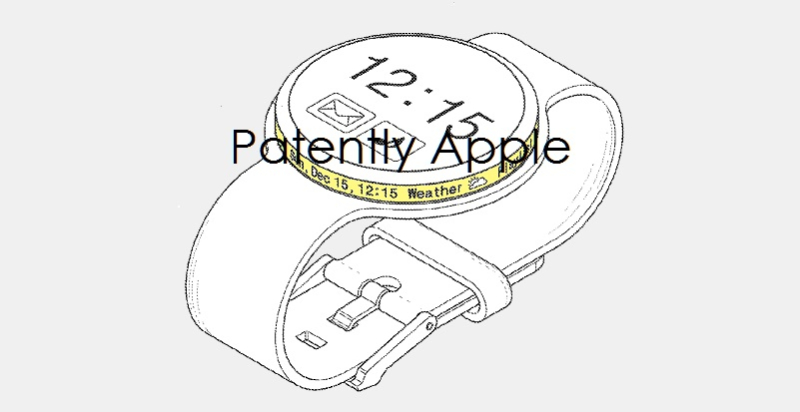 Last week the U.S. Patent & Trademark Office published a patent application from Samsung that puts a new twist to flexible displays. Up until now Samsung's Patents relating to flexible displays have been primarily in context with future bendable, foldable and/or scrollable smartphones and tablets. On Thursday a Samsung patent came to light that illustrated a secondary display being added to the rim of Samsung's Gear smartwatch.

Samsung's main patent figure below illustrates a future smartwatch with a side display to provide users with "simple information, such as a current date, a current weather, a current playing song, etc." 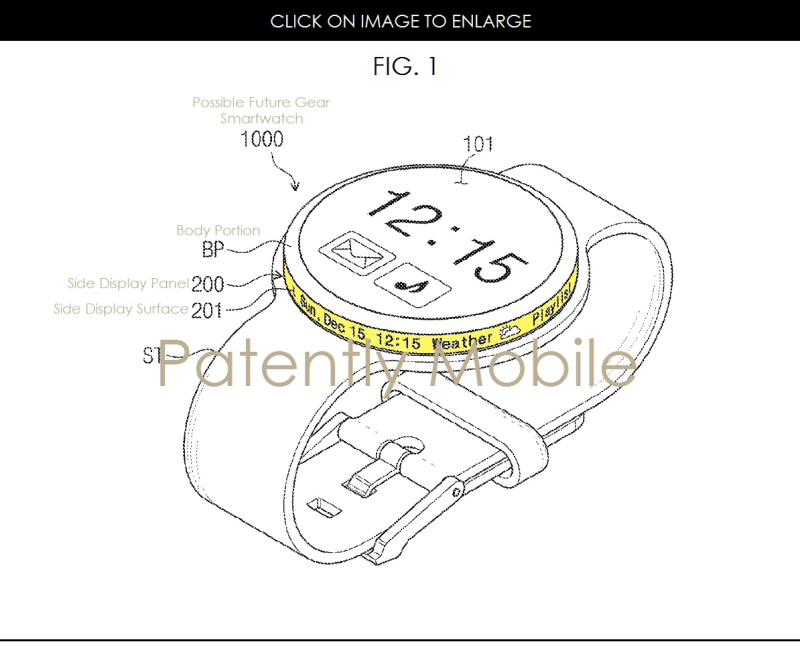 Today Samsung's rotary dial around the watch is used to allow the user to easily change apps they wish to use. Now the rotary dial will also be an illuminated display so users can receive simple information at a quick glance with the side display.

Earlier this month Patently Apple posted a report titled "IDC sees the Smartwatch eventually dominating the Wearables Market due to an Explosion of new Form Factors & Niches." The report pointed to concepts by Apple and Samsung that involved a large flexible display in the form of a digital bracelet as noted below that could easily be a replacement or alternative smartwatch design in the future. 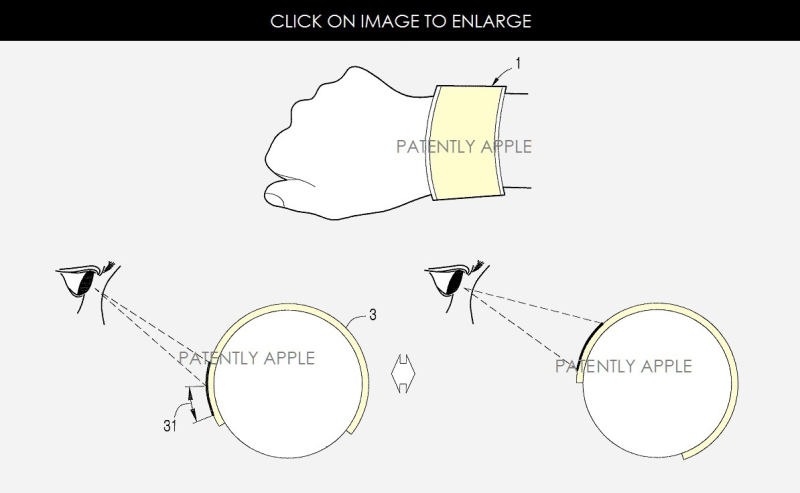 Before Samsung can make the leap to larger and wider flexible display for a future smartwatch as noted above, their current patent regarding the addition of a flexible display around their rotary dial is where the concept can safely debut.

On that note the smartwatch concept looks very promising over the next few years as flexible display technology advances to the point of allowing displays to take on a stable rotary or circular form factor. The smartwatch market today remains a large niche market. In order to move it to a mass-market, designs have to go beyond the traditional look. In fact I believe that tech leaders like Apple and Samsung will eventually blur the line and create a hybrid between a smartwatch and a smartphone that could really excite the market.

For more on this invention, see Patently Mobile's full report here. To review the latest Apple Watch patents check out our archives here.