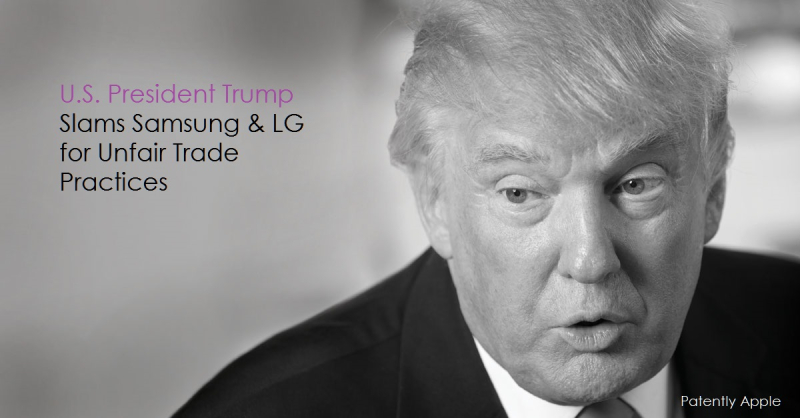 According to a new report out of South Korea today, a top trade adviser to U.S. President Donald Trump lashed out against LG Electronics and Samsung Electronics, Monday, for unfair trade practices that hurt their American rivals.

The unusual lambasting is raising concern that the new U.S. administration is beginning to exert trade pressure on Korea as Trump had vowed to do during his election campaign.

"I am amazed by how hard it is for our companies to compete on a level playing field. This heartland of America icon is grappling with a practice called country hopping. Two of the South Korean competitors, LG and Samsung, simply move the production to another country each time Whirlpool wins anti-dumping cases against them," Peter Navarro, the director of the White House National Trade Council, said at a National Association of Business Economics conference.

"Such country hopping has happened twice to Whirlpool already. LG and Samsung have moved from China to Vietnam and Thailand. This is the kind of trade cheating that must be stopped. It undermines the whole international order, even as it puts thousands of Americans on the unemployment line. It imposes millions of dollars of losses on companies like Whirlpool."

LG and Samsung are engaging in a trilateral competition with Whirlpool in the U.S. home appliance market.

Following Whirlpool's petition in December, the U.S. International Trade Commission decided to impose anti-dumping duties of 52.51 percent on Samsung and 32.12 percent on LG the following month, ruling that their washing machines produced in China were sold at lower than "normal" prices in the United States and damaged local suppliers such as Whirlpool.

Sung Tae-yoon, an economics professor at Yonsei University, said that the criticism by Trump's top trade adviser is part of the U.S. government's trade pressure on Korea.

Sung stated that Navarro's "argument means that the U.S. is continuing to exert pressure on Korea. U.S. pressure on specific industries and issues is likely to ensue."

LG and Samsung declined to comment on Navarro's criticism.

Behind his protectionist moves, Trump has vowed to renegotiate trade deals, including the free trade agreement (FTA) with Korea.

Earlier this month, the U.S. Trade Representative said the ROK-U.S. FTA has resulted in a "dramatic increase in our trade deficit," stressing it was time for a major review of how the U.S. approaches trade deals.