The U.S. Patent and Trademark Office officially published a series of 45 newly granted patents for Apple Inc. today. In this particular report we cover Apple's newly granted patent covering biometric sensing devices, and more particularly to a biometric sensing device that includes discrete ultrasonic transducers that could allow for Touch ID to be under an iDevice display. Apple's iPhone 8 may be the first iDevice to adopt such a method.

In respect to FIG. 1 noted below Apple states that a cover glass #108 can be disposed over some or all of an exterior top surface of the electronic device. In the illustrated embodiment, the cover glass can be a flexible touchable surface that is made of any suitable transparent material, such as, for example, a glass, a plastic, or sapphire. In the illustrated embodiment, a region of the cover glass can act as an input surface for the ultrasonic biometric sensing device. 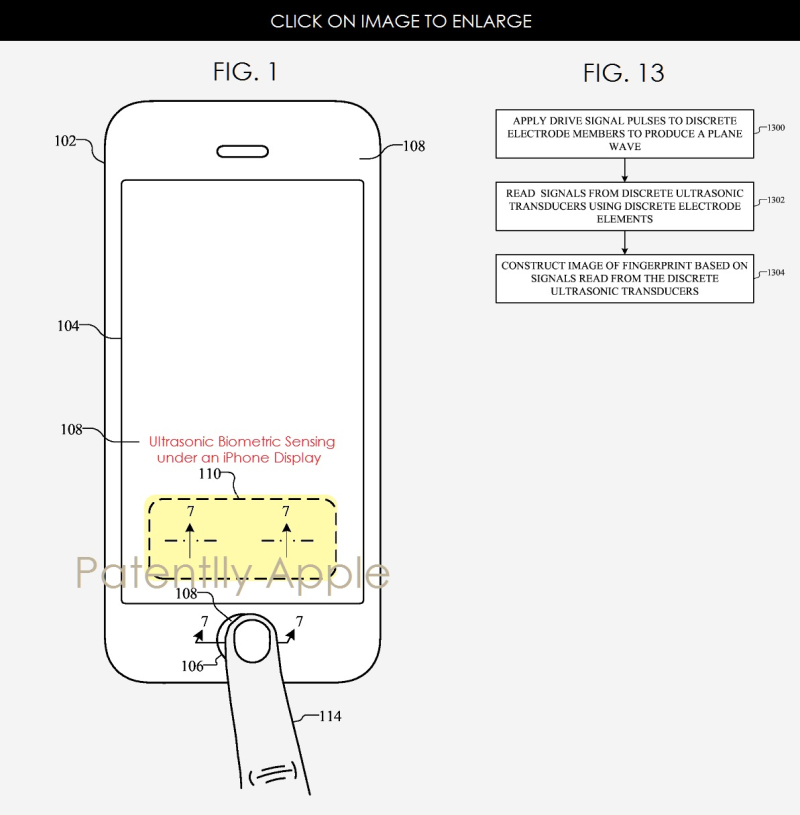 Apple's granted patent 9,607,203 was originally filed in Q1 2015 and published today by the US Patent and Trademark Office. Apple has other patents on this subject that have surfaced in 2017 here and here.