Last Thursday the US Patent & Trademark Office published a series of three patent applications all titled "Earbuds with Biometric Sensing." In Apple's patent filing they note that at least one of the biometric sensors within the earbud is configured to be pressed up against a portion of the ear known as the tragus that will allow the collection of biometric measurements. Beyond biometrics, the earbuds/AirPods could deliver noise cancellation features. Five days later, the U.S. Patent and Trademark Office officially published this as a granted patent.

Apple's newly granted patent 9,602,911 covers their invention relating to the integration of biometric sensors into an earbud. More particularly, the present embodiments are directed towards positioning a biometric sensor along an exterior surface of the earbud so it can be placed in direct contact with a portion of a user's ear during use of the earbud. 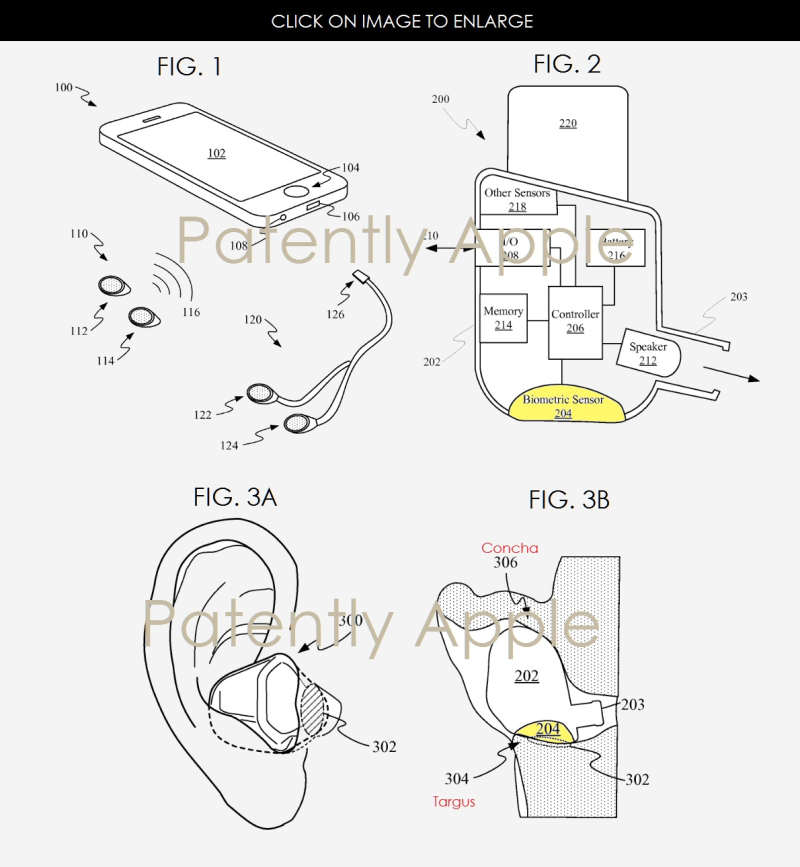 Apple's patent FIG. 2 noted below shows a cross-sectional view of an earbud device that includes a number of electrical components used to support the described device functionality; FIGS. 3A-3B show views of an earbud situated in the ear of a user and how a biometric sensor of the earbud contacts the tragus of the user. For more on this invention, see our patent application report here.