The U.S. Patent and Trademark Office officially published a series of 80 newly granted patents for Apple Inc. today. In this particular report we cover a dual display MacBook. By replacing the physical keyboard with a secondary display this MacBook design could provide users with a live and reconfigurable surface that could act as a virtual keyboard, game controller, artists pad and more. 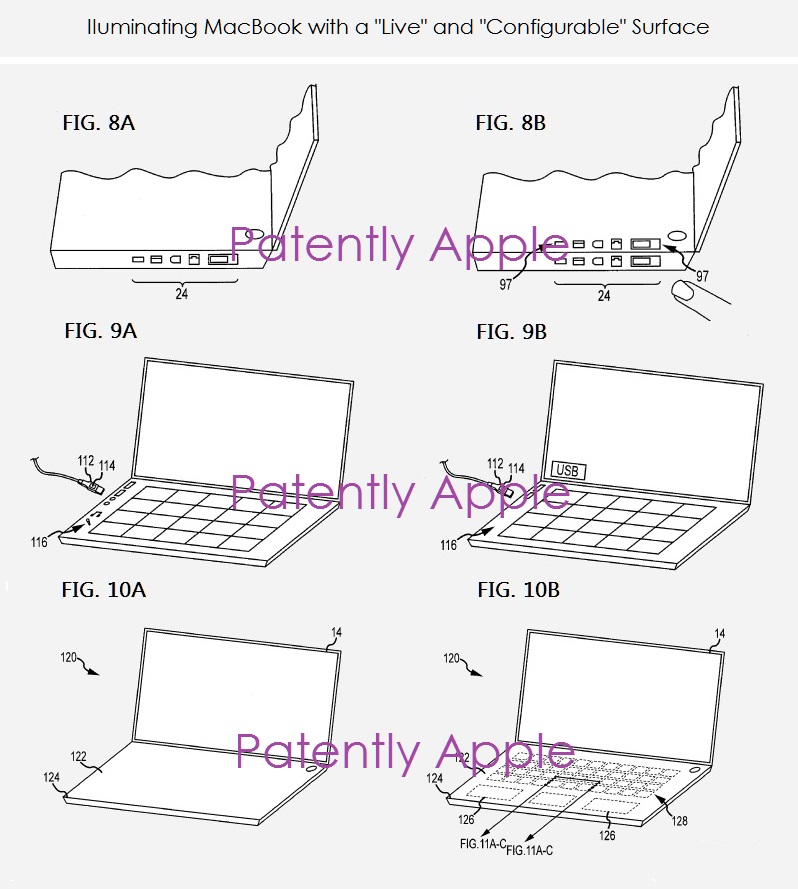 Apple's granted patent 9,600,037 was originally filed back in 2009 and published today by the US Patent and Trademark Office. Patently Apple initially covered this as a patent application back in February 2011.

This is a very detailed patent and our original report covers the invention extensively here.