The U.S. Patent and Trademark Office officially published a series of 80 newly granted patents for Apple Inc. today. In this particular report we cover Apple's granted patent 9,601,933 which covers their invention relating to inductive power transmission, and more specifically to tessellated inductive power transmission coil configurations capable of charging multiple devices utilizing complex areas. Apple's iPhone 8/anniversary iPhone will be Apple's first iPhone offering wireless charging. Whether this is the wireless charging pad of choice to arise this fall is unknown at this time. You could check out Apple's other Wireless Charging patents here. My favorite system thus far is one that will actually levitate your iPhone while charging it. 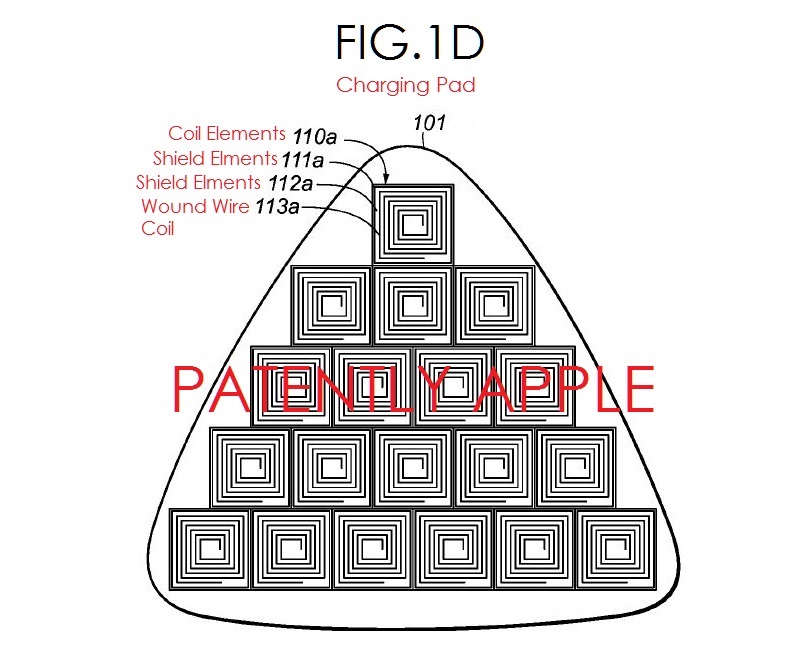 Each rectangular coil element may be operable to inductively transmit power at different frequencies, power levels, and/or other inductive power transmission characteristics and may be capable of adjusting transmission to the requirements of one or more receiving devices.

Apple's granted patent was originally filed in Q1 2014 and published today by the US Patent and Trademark Office. Patently Apple`s original patent application report was posted on October 01, 2015 and could be viewed here for more details.