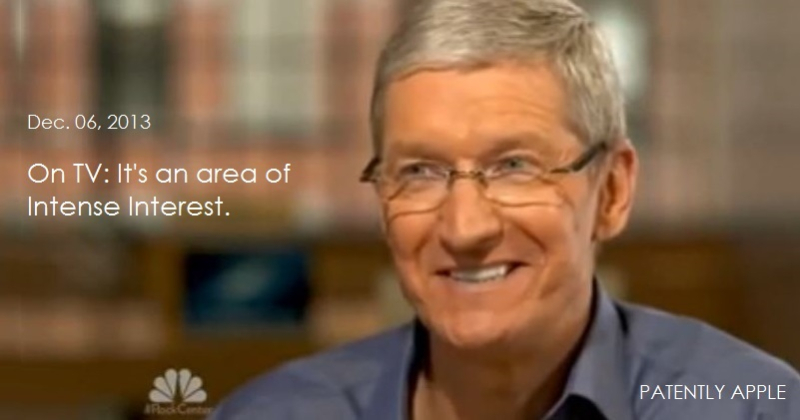 In 2011 Steve Jobs biographer Walter Isaacson once recounted Jobs wanting to reinvent televison: "I'd like to create an integrated television set that is completely easy to use. It would be seamlessly synced with all of your devices and with iCloud.' No longer would users have to fiddle with complex remotes for DVD players and cable channels. 'It will have the simplest user interface you could imagine. I finally cracked it." Yet Apple fans around the world are still waiting for the TV revolution to arrive.

In 2013 when Apple's CEO Tim Cook was interviewed by NBC, the topic of TV came up and Cook's face lit up, as noted in our cover graphic, and he said "It's an area of intense interest."

In 2014 Cook focused on TV in an interview with Charlie Rose. Apple's CEO is always saying that Apple doesn't talk about future products, yet in 2013 and 2014 Cook went out of his way to make it sound like something huge on the television front was on the verge of debuting. It's 2017 and Apple is still in search of something that could excite Apple fans regarding Apple TV.

This week the Post had learned that "Senior Apple executives have reached out to some of Hollywood's most successful TV and film producers in the last couple of weeks about going to work for the tech giant.

While at least one of the discussions between Apple and an executive was vague when it came to the tech company's ultimate goal, the executive was left with the impression that the Cupertino, Calif., company is looking for a transformative acquisition and not just a deal to buy TV shows."

Every year, Apple is on the verge of something big with Hollywood and nothing comes to fruition. In early 2016 Patently Apple posted a report titled "Apple's Eddy Cue is on a Mission to Win Original TV Shows for Future Apple TV Service Bundle." In July another report was posted titled "Apple Once thought they cracked the TV Market, but just Keep Spinning their Wheels in Vain." 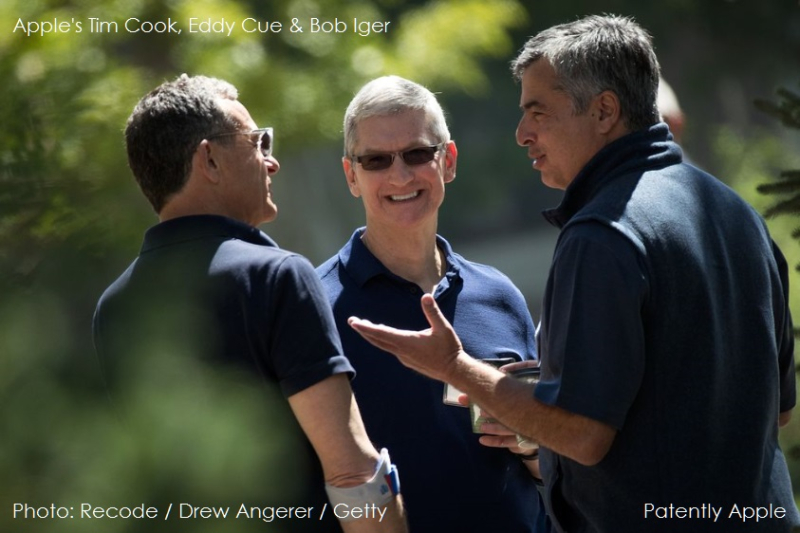 Last April Fast Company wrote a report According to five different sources who have been briefed on Apple's plans or spoken directly to Apple executives, the company is still a bit "disorganized," and these Hollywood principals complain that Apple hasn't presented a coherent strategy.

Evidently Apple thought they had something at one point in time but it could never materialize. Whether the Steve Jobs road map was too vague or the new leadership just couldn't find the magic lost with Jobs passing is unknown. But in that same time frame, Amazon came out of nowhere and created some amazing award winning TV series and their movie Manchester by the Sea walked away with two academy awards. They made Apple TV look irrelevant and outdated overnight.

In addition Google and Facebook are now in game or about to enter the market. Google is going to tie in their service to the Google Home device and I suspect that Amazon will introduce that on their Echo devices this fall.

While Apple is reportedly working on original TV series tied into Apple Music, it's unclear how well Apple's new service will be received beyond Apple's hardcore fans. The market is going to be so saturated with new TV services that Apple will have to do something rather dramatic for their new hybrid service to stand out. Tying it into a high end Apple HDTV could be what fans may want but are unlikely to get.

Hopefully Apple could pull off a win this year because after buying into the Apple TV box for years, many fans including myself will likely give up and go with another service. Apple TV's greatness has always been "just around the corner" and has never really materialized.

In many ways the key to the next TV revolution will be coming in 2018-2019 when 5G networks arrive and make mobile TV the next big thing. On that front, Apple owns the best smartphones and tablets on the market. So Apple could still pull off a big win in this market if they get their fan base recharged for this coming market later this year with a reinvented vision about content, content and more quality original content.

Apple has to go far beyond talk and finally deliver something tangible that can excite Apple fans because mere documentaries like Vital Signs or Carpool Karaoke, as fun as that is, isn't going to be enough to knock it out of the park.

Along with the arrival of Apple's exciting new high-end iPhones later this fall, Apple fans will be looking forward to seeing Apple deliver their all-new Apple Music/TV hybrid service that will prepare them for the coming 2018 5G mobile content revolution.