Yesterday the US Patent & Trademark Office published a patent application from Apple that relates to advancing Apple Watch with a new Digital Crown that could provide three-dimensional input as noted in our cover graphic. 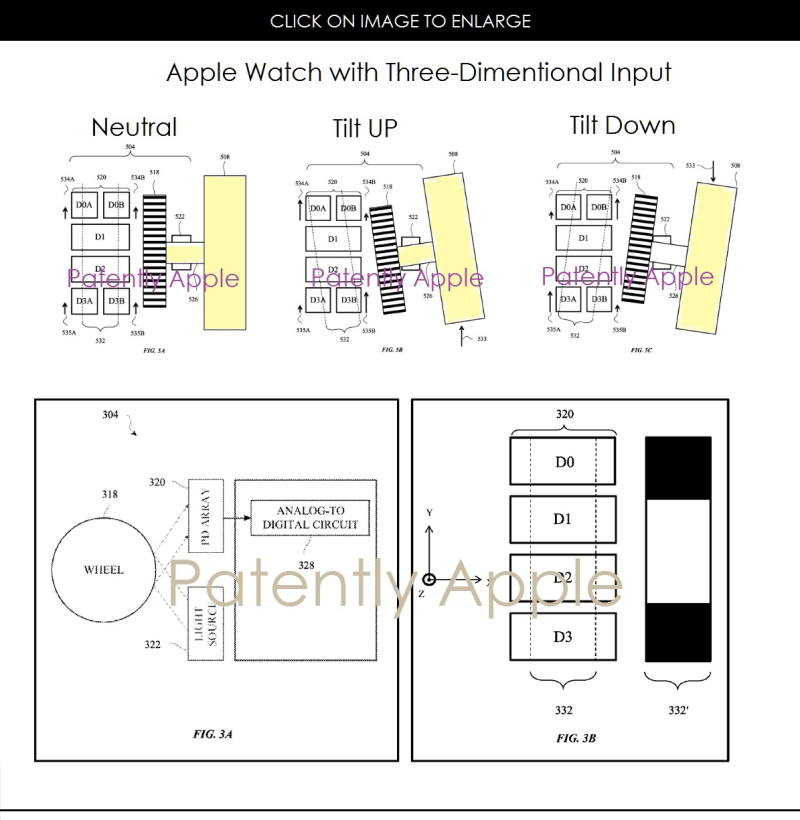 Apple's patent FIGS. 3A-3B illustrate components of an optical encoder that can be used to receive crown position information; FIGS. 5A-5C illustrate an exemplary top view of an encoder arrangement for detecting three-dimensional movement of a crown.

Apple notes that "Though the device is illustrated as being a watch, it is understood that the examples of the disclosure can be implemented in devices other than watches, such as tablet computers, mobile phones, or any other wearable or non-wearable electronic device that can include a rotary input such as a crown."