On Thursday the US Patent & Trademark Office published a patent application from Apple relates to Apple device and accessories having fabric housings. Apple points to the "housings" possibly representing an iPhone, iPad, Apple Watch, iPod and beyond. In fact Apple's Smart Keyboard for the iPad Pro was the first experimental device to be born from this invention.

The fabric may be embossed to create local raised and lowered areas. Housings may be formed from tubes of fabric and fabric that has been formed by knitting, braiding, and other techniques for intertwining strands of material. 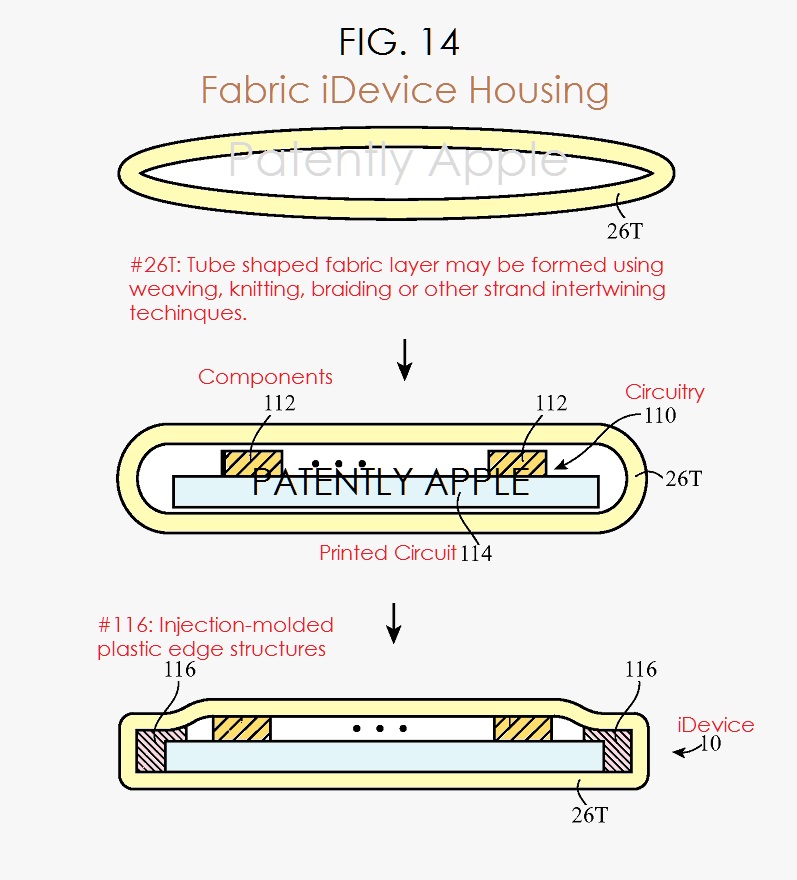 Apple clearly spells out the scope of this invention beyond the Smart Keyboard. Apple notes that the invention covers "electronic devices with structures such as housing structures that are formed using fabric such as a tablet computer, laptop computer, a desktop computer, a display, a cellular telephone, a media player, a wristwatch device or other wearable electronic equipment and headphones."

Beyond accessories, the invention could also be applied to "electronic equipment associated with furniture or a vehicle, equipment in a building, or other suitable electronic device."

Apple's patent application was filed back in Q3 2015. One of Apple's engineers is in fact Apple's Product Design Engineer for Soft Goods and Materials. Another engineer worked at Nike on their Flyknit shoes. Apple snagged Nike's design director Ben Shaffer in 2013, the man behind Flyknit, Considering that this is a patent application, the timing of such a product to market is unknown at this time.