Yesterday the US Patent & Trademark Office published a patent application from Apple that relates to a new kind of smart iPhone case that includes a detection mechanism that notifies the iPhone user with a message on their display when their device is securely in place. If additional steps are required to ensure that the case is securely in place so that the touch sensitive surface of the iPhone is fully functional through the case's added protective layer, the case will provide feedback to your iPhone informing you through a message system what correct measures you must take to correct the alignment problem. The case is made up of two parts to completely encase the iPhone.

We start our report with Apple's patent FIG. 3 noted below which illustrates an exploded view of the iPhone case showing you various features that may be designed to interact with the iPhone or with other features of the case. 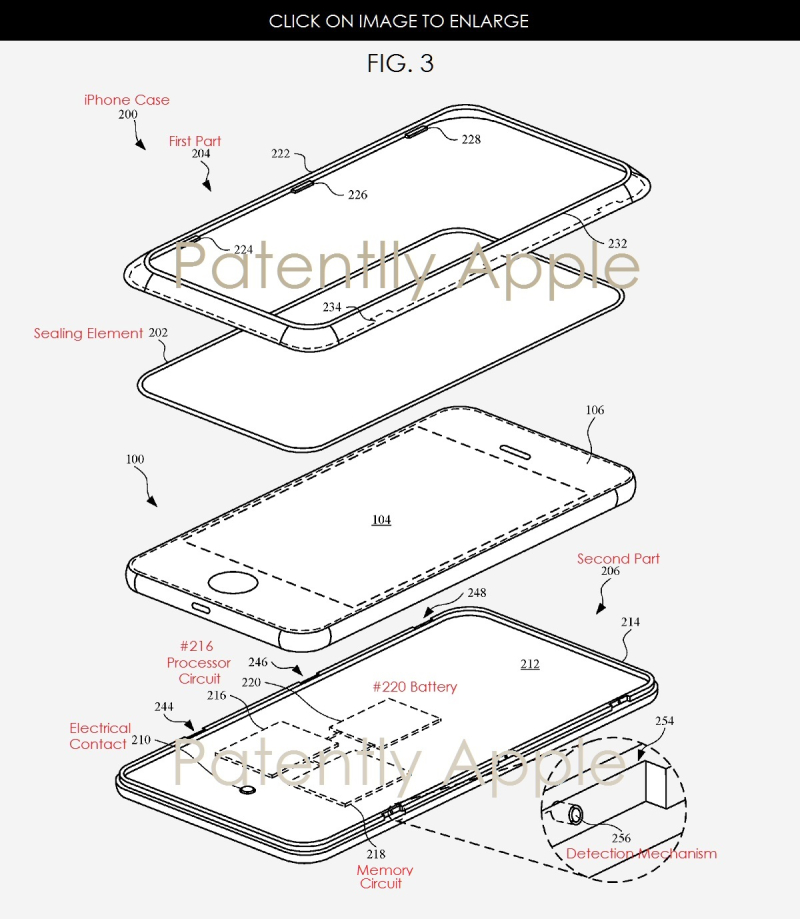 The case could use materials such as plastic, silicone and/or leather. The electrical contact #210 may allow the case to communicate with the user's iPhone to provide an indication (in the form of an electronic signal or signals) to i that it's positioned on the surface #212, and in particular, whether the iPhone properly aligned with the second part #206.

In FIG. 3 above, Apple notes that the processor circuit #216 may run a program (or programs) stored on a memory circuit #218 also disposed in the second part #206 below the surface #212.

Conversely, if the iPhone is not properly aligned, corresponding to an "error," the smart case may provide a different output to the iPhone indicating the improper alignment.

In other embodiments, the case will use a detection mechanism #256 which may include a solid-state proximity, Hall Effect or photoelectric sensor that communicates with the power and memory circuits that the case is aligned and closed properly.

In order to provide additional protection to the iPhone, the case may include a sealing element formed from a compressible material, such as silicone.

When the case encloses the iPhone, the sealing element may engage iPhone and in particular, a protective layer (such as a transparent cover glass that overlays the display) of the iPhone.

Further, the sealing element may engage and compress against iPhone to provide an ingress barrier as well as protection against shock when, for example, the electronic device is dropped. 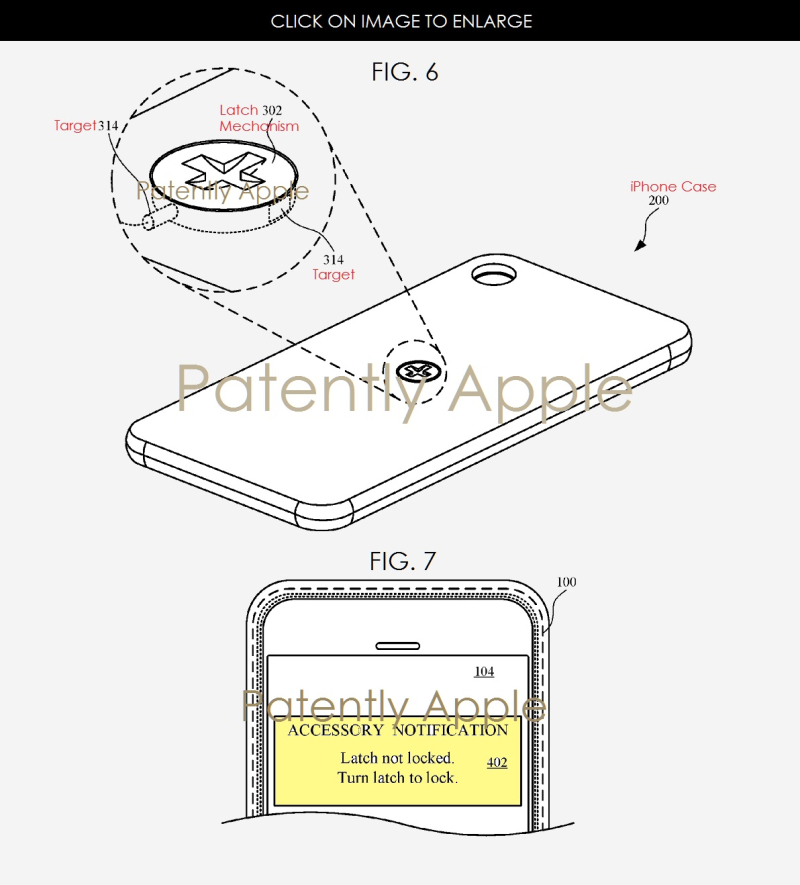