Today the US Patent & Trademark Office published a patent application from Apple relating to the iPad Pro's Smart Keyboard. Buried in the patent filing is a patent figure that shows that Apple is considering a future version of the Smart Keyboard that offers a secondary display in place of the physical keyboard that could accommodate a virtual keyboard that could also provide artists with another canvas option and gamers the ability to have a virtual game controller.

Apple's patent FIG. 20 presented below illustrates a partial plan view of an alternative embodiment of an iPad Pro Smart Keyboard that offers a display assembly # 704 in place of a keyboard assembly. 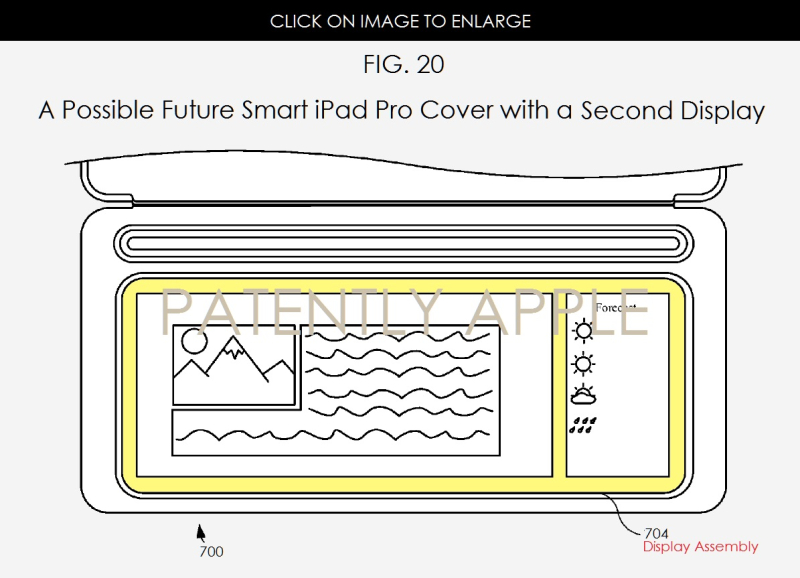 While the idea now has a home via the Smart Keyboard already being on the market, it's a concept that Apple has been kicking around for years now. It first surfaced in 2014 and 2015 but was originally filed in 2012. 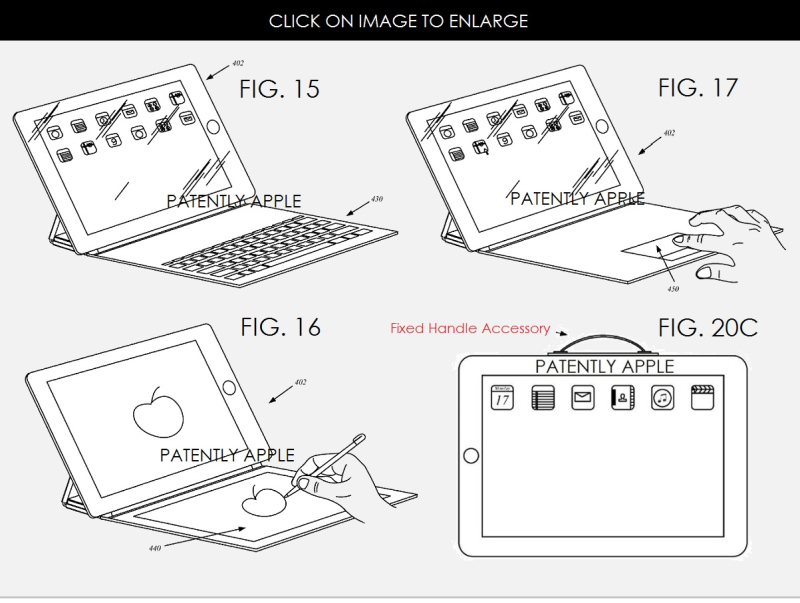