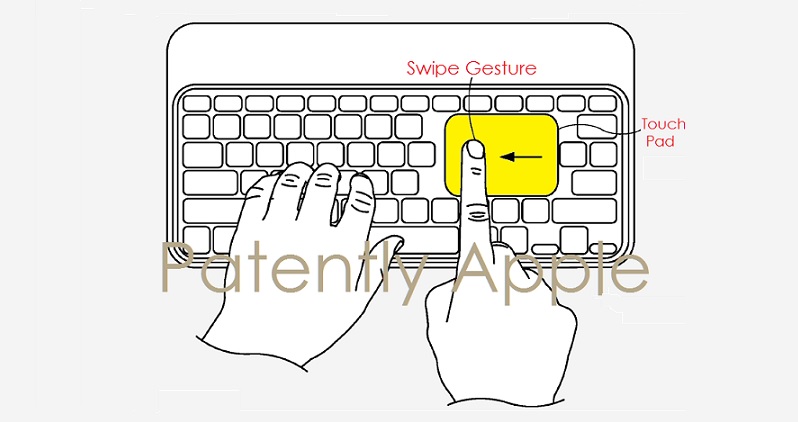 Last week Patently Apple posted a report titled "Apple invents a Twist to the iPad Pro Smart Keyboard by replacing it with a Secondary Display & Virtual Keyboard." Today the US Patent & Trademark Office published a patent application from Apple that expands on a possible smarter version of the iPad Pro Smart Keyboard or an alternative smart keyboard that's based on a virtual keyboard that could offer users more flexibility and features like being able to swipe a finger anywhere on the virtual keyboard and it understand that you're gesturing and create a temporary trackpad area as noted in our cover graphic and below in FIG. 20.

To create a more realistic virtual keyboard Apple's focus is on delivering a unique 'Force Feedback' system for a future virtual keyboard that's based on a new magnets system. The new force feedback system would provide users with a realistic "clicking" sensation when hitting keys to mimic a physical keyboard feel.

While the bulk of the patent application is focused on the magnets system, the filing also shows us a few advantages of the new virtual keyboard. There's the virtual trackpad noted in patent FIG. 20 and in FIG. 19 we're shown that the keys on a virtual keyboard could adjust to a user typing in the passenger seat in a car, or on a bus, train, plane or other vehicle where sudden movement could slightly throw off a user's hands. In such instances the keyboard would adjust the keyboard  horizontally to compensate for the movement in the vehicle so that your typing isn't turned into gibberish output. 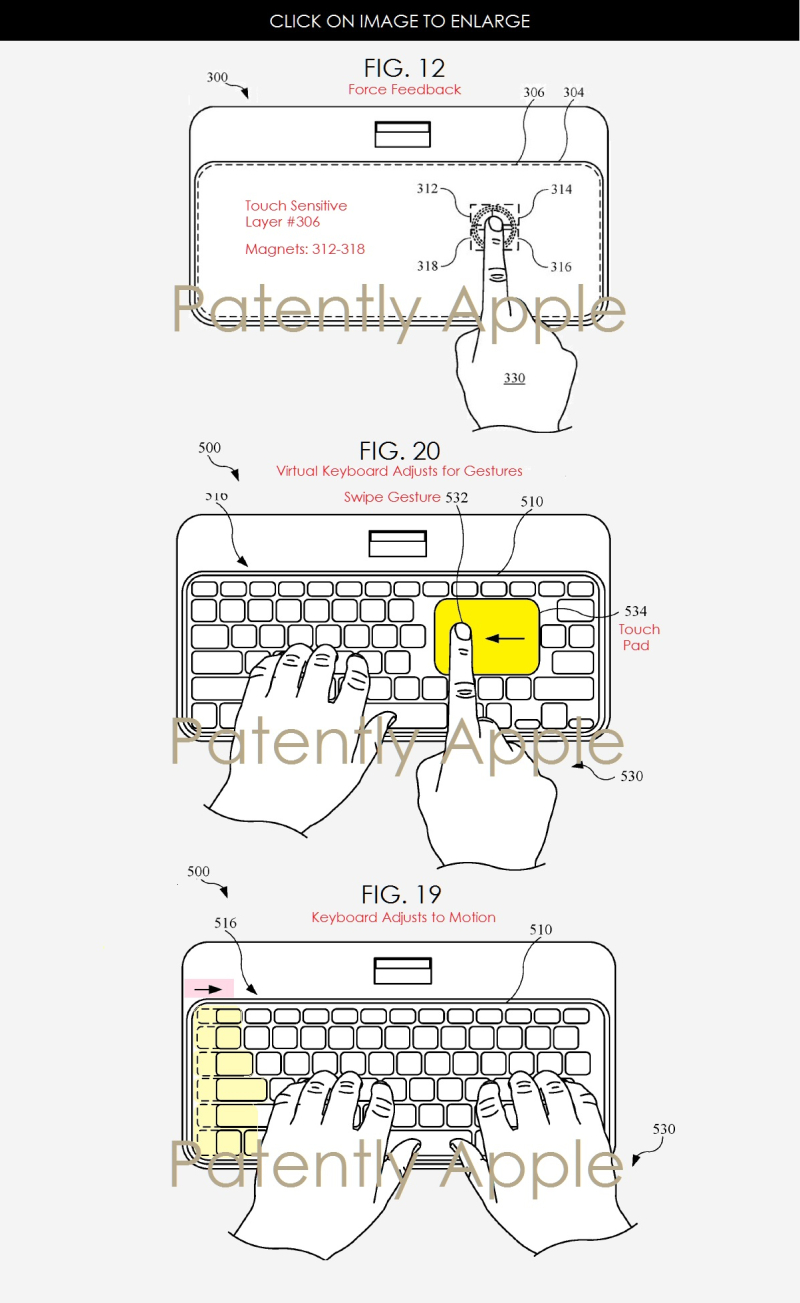