Yesterday the US Patent & Trademark Office published a patent application from Apple that relates to a new accessory device that, in addition to providing a protective cover for the electronic device, it provides a heat removal system to draw heat from one or more heat-generating components in the electronic device. At a first glance, the patent figures appeared to have a similar look as the iPhone 5c case. However in patent FIG. 15 further below you'll clearly see that the third layer and backside of the case is solid without holes. So there's absolutely no connection to the former fruity 5c case design.

However, while the increased thickness may provide additional protection, it may also cause some drawbacks such as trapping heat which could cause problems. In some cases, heat could cause an iPhone (or other electronic device) to throttle down to reduce its performance in order to reduce the heat, which may then in turn reduce the overall performance of the iPhone.

Apple's invention to combat this problem is to reinvent an iPhone's casing by adding a new heat transfer mechanism on the face that accepts the backside of the iPhone.

The heat transfer mechanism may include a heat collector capable of receiving heat generated from the component. The heat transfer mechanism may further include a heat conduit thermally coupled with the heat collector. The heat conduit may provide a pre-defined heat path that limits a transfer of heat to a pre-defined portion of the wall.

In some embodiments, in response to heat from the heat-generating component, the thermally conductive feature absorbs the heat from the electronic device by changing from a solid to a liquid. 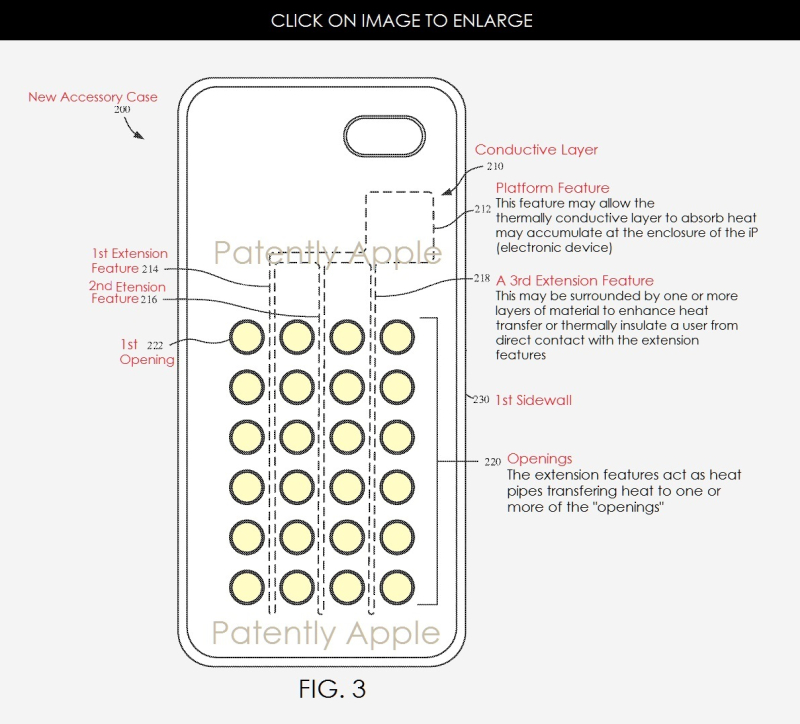 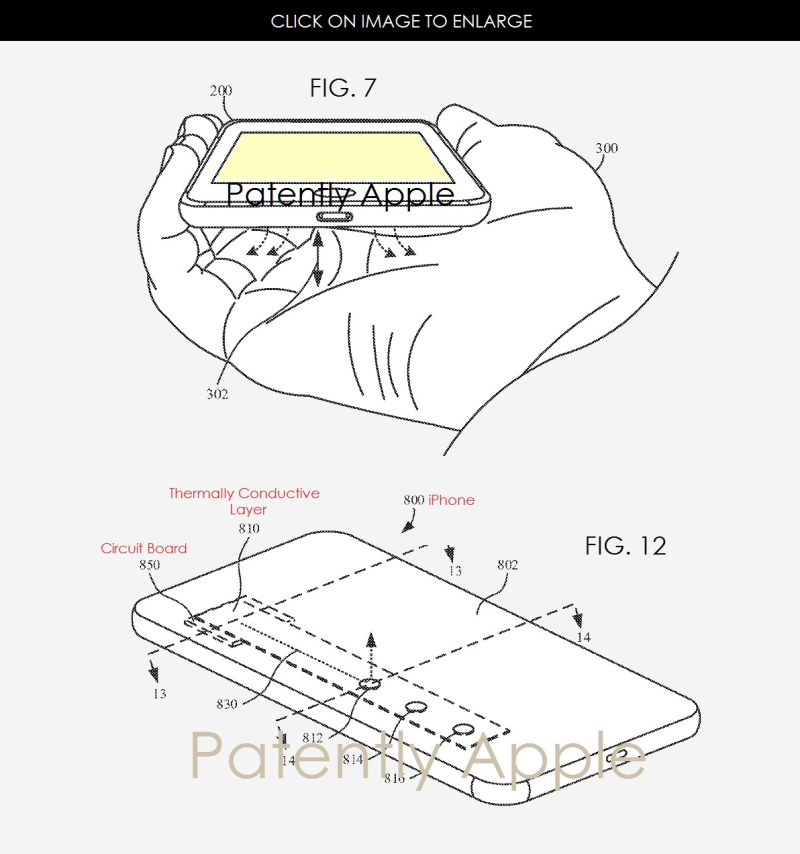 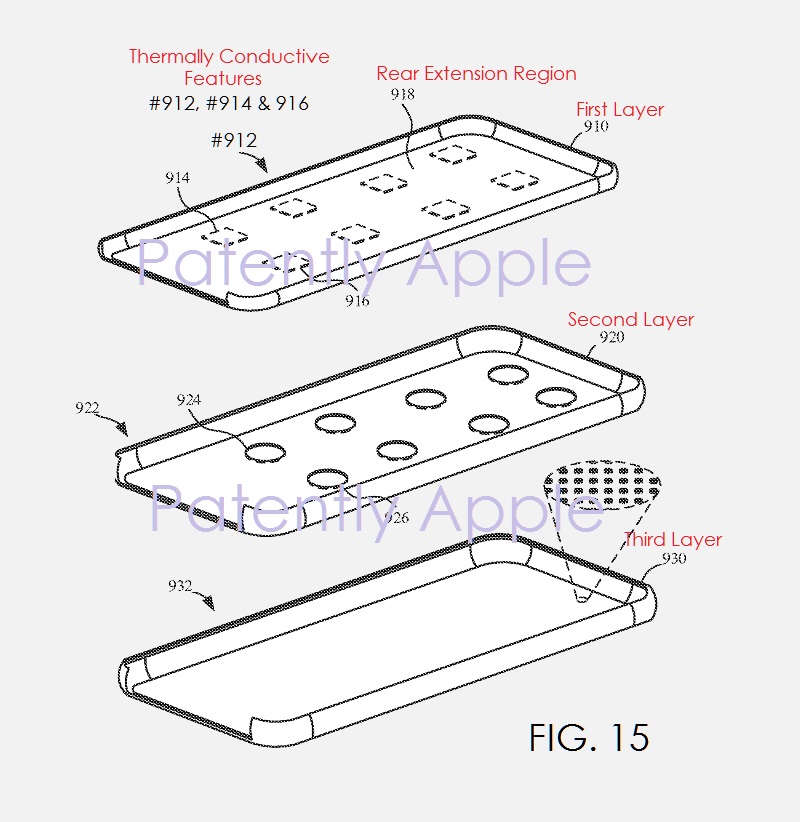 Apple's patent application was filed back in Q3 2015. Considering that this is a patent application, the timing of such a product to market is unknown at this time. One of the inventors listed on the patent filing is Apple's Product Design Manager.