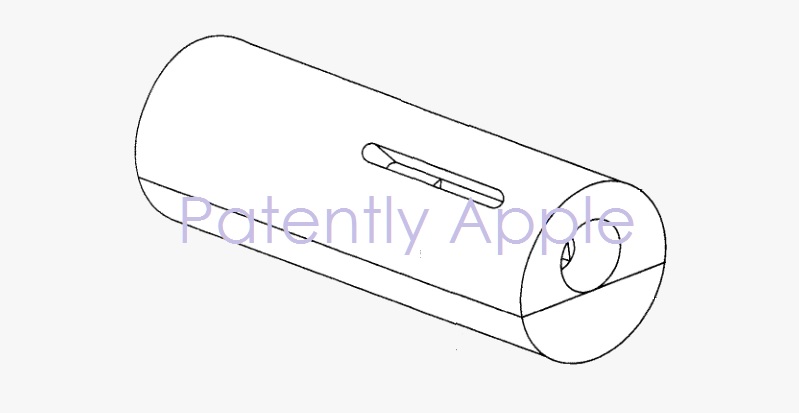 The U.S. Patent and Trademark Office officially published a series of 45 newly granted patents for Apple Inc. today. In this particular report we cover an invention related to creating molds with liquid metal. Bulk-solidifying amorphous alloys, or bulk metallic glasses ("BMG"), are a recently developed class of metallic materials. They're also known as liquid metal. Because they're a form of hardened glass it's always possible that the molds discussed in this invention could apply to making future iDevice parts or embodiments. There's a real fan base in the market that follow every scrap of news relating to liquid metal as humanly possible and to be sure today's granted patent will be an interesting one for them to delve into.

In Apple's background they note that when melting materials in an injection molding system, uniform melting and temperature of the meltable material should be implemented and maintained in order to produce quality molded parts. Some injection molding machines use an induction coil to melt material before injecting the material into a mold. However, magnetic fluxes from the induction coil tend to cause molten materials to move unpredictably, which can make it difficult to control the uniformity and temperature of the molten material. Additionally, the molten material has to be retained in the melt zone so that it does not mix too much or cool too quickly. Utilizing effective vessels during melting can improve quality of parts formed from molten material.

Apple's patent FIG. 3 illustrates noted below is a schematic diagram of an exemplary system for using a vessel as described in the granted patent. 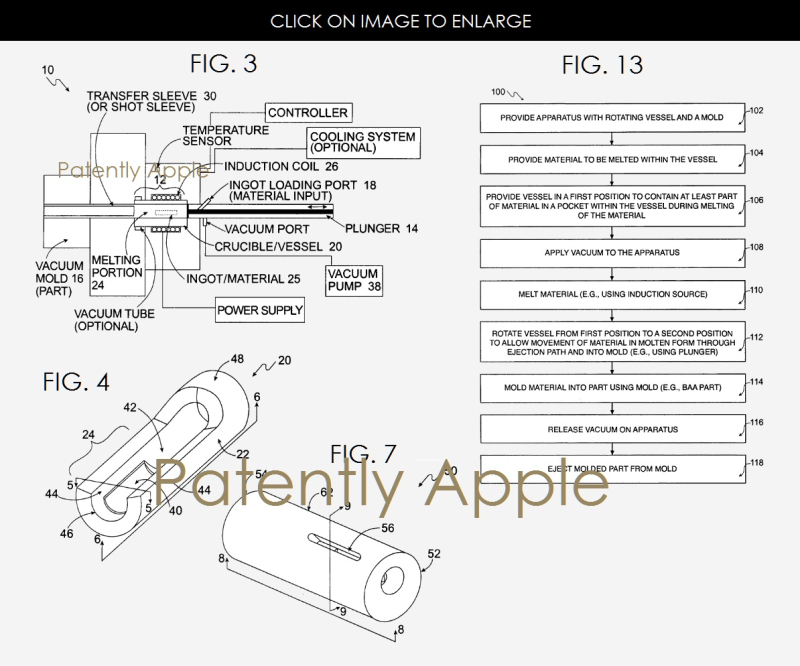 Every liquid metal patent reminds us what the material could be used for as follows:

It can be also be a part of a computer or its accessories, such as the hard drive tower housing or casing, laptop housing, laptop keyboard, laptop track pad, desktop keyboard, mouse, and speaker. The article can also be applied to a device such as a watch or a clock."

To this day Apple has never confirmed that they've used this material in any product so as to keep competitors in the dark.

Apple's granted patent 9,604,279 was originally filed in Q4 2013 and published today by the US Patent and Trademark Office.