On paper, Samsung has been a pioneer in patenting a great number of future scrollable devices based on flexible OLED displays for smartphones, mobile TVs, home televisions and more (one, two, three, four and five). Today the US Patent & Trademark Office published a patent application from Apple that reveals their first scrollable iDevice that Apple notes could be an iPhone (cellular phone, iPad (tablet), iPod (media player and beyond.

OLED displays will be evolving over the next few years to allow displays to actually fold and/or scroll allowing device makers like Apple to enter a new era of more create device form factors. One of the key suppliers that hold patents on technology allowing devices to fold without being damaged is Kolon Industries. In December Patently Apple posted a report titled "A Leading Supplier of Foldable Display Technology Confirms Five Tech Companies are Testing Foldable Smartphones."

So this isn't pie-in-the-sky thinking, it's something that's just around the corner. Scrollable devices may take a little longer but with Apple now entering the race with Samsung on this front, we know this could be a very real new form factor for an iDevice down the road.

Apple's patent filing is the first to illustrate dual cameras and speakers being designed into their scrollable iDevice as noted in the patent figures presented below. Apple has also intelligently thought it out to even include "dust brushes" that could be hidden within the device handles so as to continually clean the flexible display from debris so that retracting the display won't be affected. 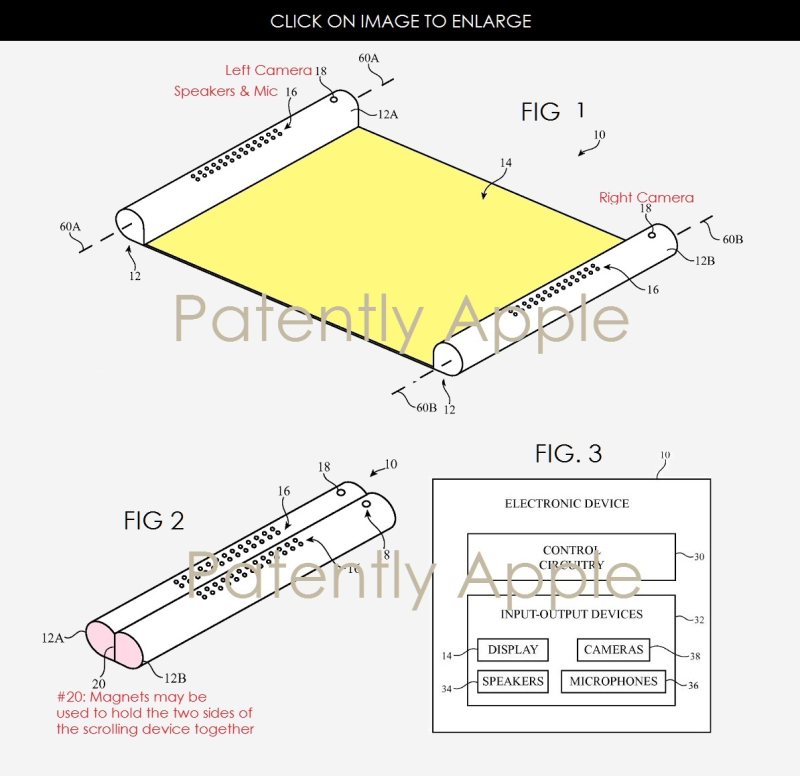 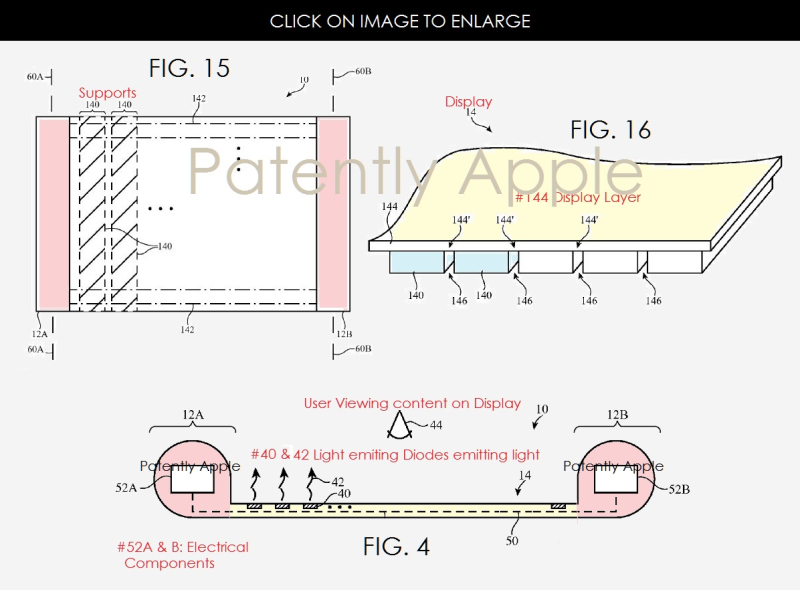