Apple has revealed in a press release in China that they plan to set up two more research centers and boost investment in China. The investment will help Apple cooperate with local partners and attract talent from its local suppliers as well as from top educational institutes 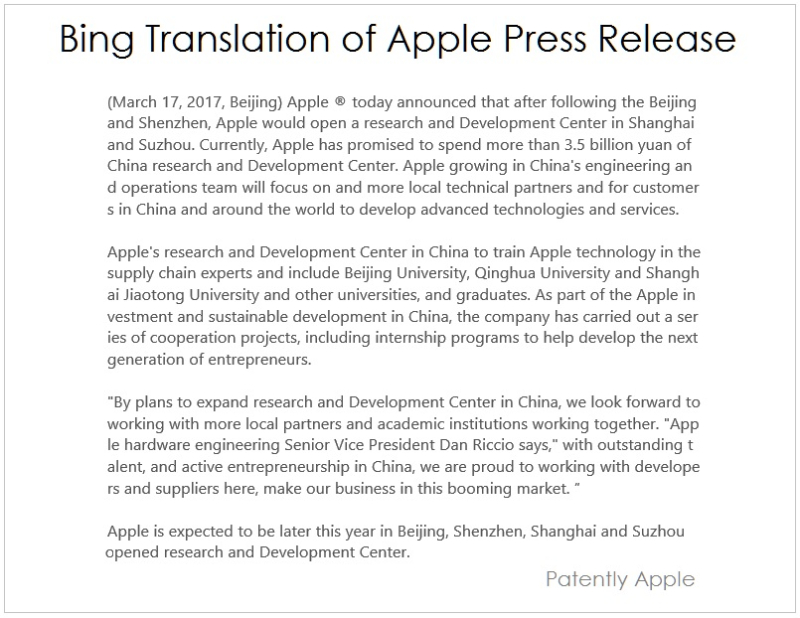 Bloomberg notes that the announcement comes as Apple's CEO prepares to address a high-profile economic forum in Beijing, where senior government officials will confer with the heads of some of the world's biggest corporations, including Royal Dutch Shell Plc and Saudi Arabian Oil Co.