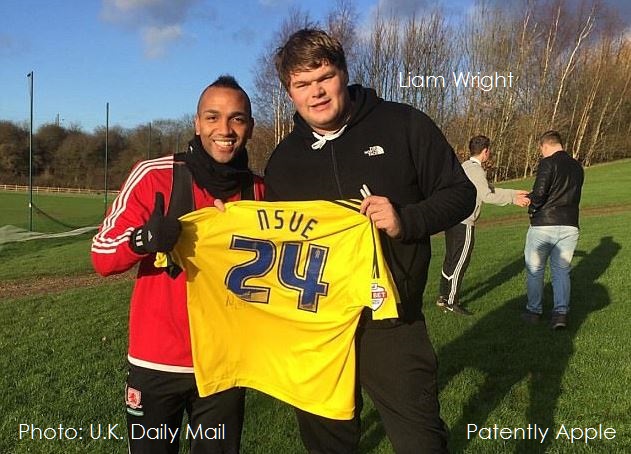 A new report published by the Daily Mail is yet another heartbreaking story – and one that could even anger some. The report is titled "Grieving family slam Apple for refusing to unlock their dead son's iPad so they could read his funeral wishes after he died from bone cancer."

The report states that a "heartbroken family were unable to give their dead son a fitting send-off because Apple refused to unlock the iPad containing his funeral wishes.

Liam Wright, 18, who died of bone cancer in December, had noted his last wishes on the tablet because he couldn't bear to talk about it in person with his family.

But his relatives, of Brotton, North Yorkshire, were forced to have the service without knowing what he wanted - because Apple reportedly would not unlock the device after a software update.

The family asked Liam for the code to his tablet but he was too ill to respond, which is why they contacted the media firm.

Apple did not help and - when asked a second time - refused to unlock it unless the family sent them a death certificate and solicitor's letter which cost them £120, Ms Lamb claimed.

She claimed Apple then told them they had not sent the relevant information and now want a court order costing them £360." You could read more about the story here.

Damn I hate to read heartbreaking stories like this. Yes of course the family should have urged their son to give someone his password "just in case" he couldn't at a later date. He was 18 not 8 and should have known better. Yet on the flip side, the family did their best under the circumstances to send Apple a legal death certificate so that they could gain access to their son's iPad in a timely manner but Apple deemed it to be insufficient.

Where on Apple's website do they clearly lay out the rules for grieving families to follow to gain access to data on an iDevice? Shouldn't Apple provide clear step-by-step instructions on their Legal site for families to follow? And if a family sends them a death certificate, shouldn't Apple show the family some leniency for trying to do the right thing? Couldn't Apple have gotten the ball rolling in saving the data as they waited to receive the right damn paperwork?

Of course you can argue cases like this both ways until you're blue in the face and Apple will never spell out their position. Is it because they fear that the FBI or other government agency would use those clear cut instructions for families against them in some way? Who knows. But no matter how you look at it, everyone loses here. I'm sure Apple has lost more customers if not everyone in the family who hears their story and the family loses for knowing what was on their son's mind, a goodbye letter and more is lost forever.