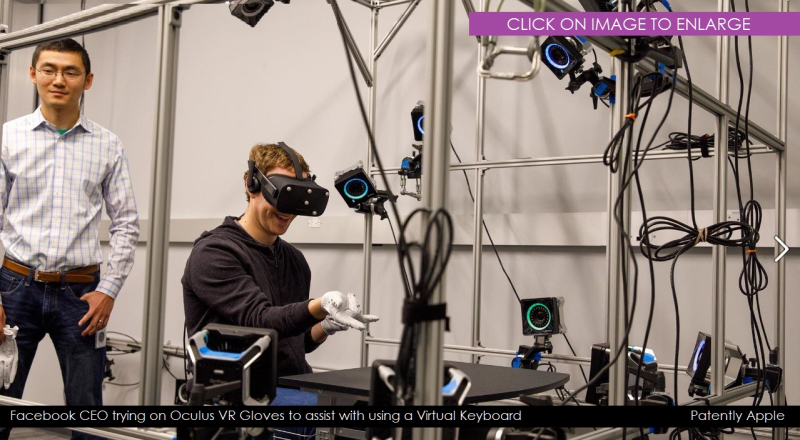 Facebook's CEO said on his Facebook page yesterday that he had just visited the Oculus Research lab in Redmond, Washington where some of the best scientists and engineers in the world are pushing the boundaries of virtual and augmented reality. He noted that the team is focusing on things like advanced optics, eye tracking, mixed reality and new ways to map the human body. The goal is to make VR and AR what we all want it to be: glasses small enough to take anywhere, software that lets you experience anything, and technology that lets you interact with the virtual world just like you do with the physical one. As noted in our cover graphic, Mark Zuckerberg was trying out new prototype VR gloves that allow a user wearing an Oculus VR headset to type on a virtual keyboard. Is that a feature that would excite you to run out and purchase an Oculus VR HMD? I don't think so.

Pray tell, who would want to wear gloves so that they could type on a virtual keyboard? It's this type of strange focus that is leading to Best Buy closing 200 of its 500 demo stations for Oculus VR. Best Buy said that some in-store stations went unvisited for days at a time. In other words, there's little to no appeal for Oculus VR at the moment and spending time to invent gloves to type in a VR world shows us that they don't get consumers at all. 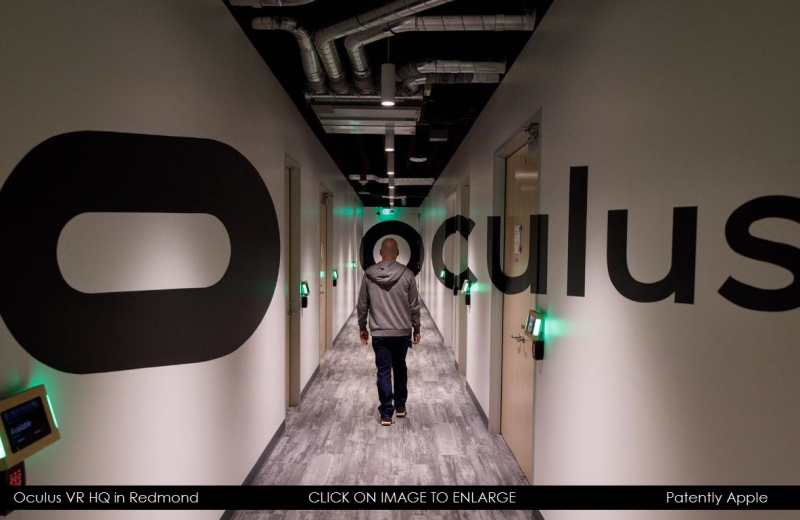 And even though Samsung is noted as being the leader in headsets by shipping 4.5 million units for all of 2016, the fact is that they're giving so many away that it's difficult to figure out if anyone is actually buying them ( see one, two and three reports on giveaways). Perhaps looking at second place Sony shipment figures we'll see reality. For all of 2016, Sony shipped 750,000 VR headsets. That's with zero giveaways, showing little interest in this new category, despite the crazy hype in the press.

That's not to say that the category doesn't have a future, as it likely does over time as the technology matures and compelling content is abundant. Apple is working on Augmented and Mixed Reality and they may be able to move the needle if they introduce compelling content and new capabilities such as FaceTime AR where users will be able to share documents and photos as if they were really in the same room as you.

It's clear at this point in time that VR headsets should have stayed in the lab until it was a viable consumer product. When we see Facebook's CEO get excited over VR gloves to type on a virtual keyboard, you know just how lost this market really is.