Home Archives Contact Us Subscribe Twitter MeWe Facebook Patently Mobile
Cool: Apple Invents a Dual Display MacBook that a User will be able to use Outdoors with Sunglasses on
Samsung's new Galaxy S8 will Offer 5.7" & 6.2" Edge Displays but won't be supported by Larger Batteries 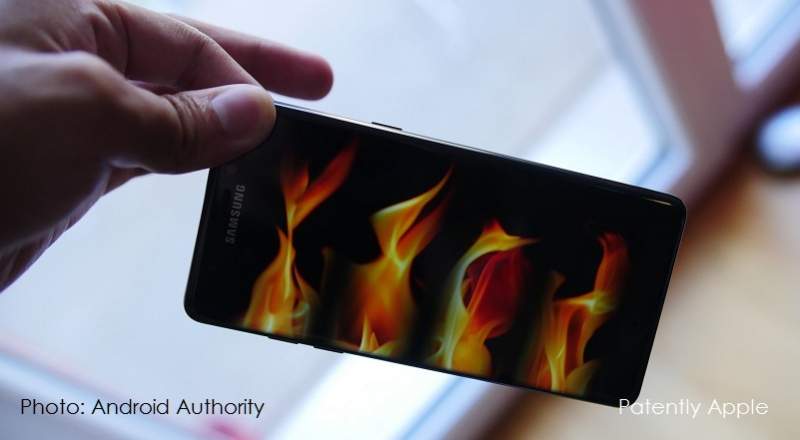 Today the US Patent & Trademark Office published a patent application from Apple that relates to heat dissipation in portable electronic devices like the iPhone. More specifically, the present embodiments relate to the use of graphene in heat dissipators for iDevices. The timing of Apple's patent filing is quite revealing. Apple filed it on September 9, 2016 or a week or two after Note 7 fires began gaining attention in the blogosphere and more importantly, Consumer Reports. Whether the Note 7 fires were a motivator for the patent filing or pure happenstance, the fact is that as Phablets get larger, extra safety measures to safeguard users from battery overheating incidents are needed and it's great to see that Apple is being proactive.

Coincidentally, KGI analyst Ming Chi Kuo noted today that because the wireless charging component inside the devices produces more heat, a new graphite layer will be required inside the phone to protect the film 3D Touch sensor. This graphite sheet will be laminated to the heat-sensitive film sensor internally. The timing is most interesting. 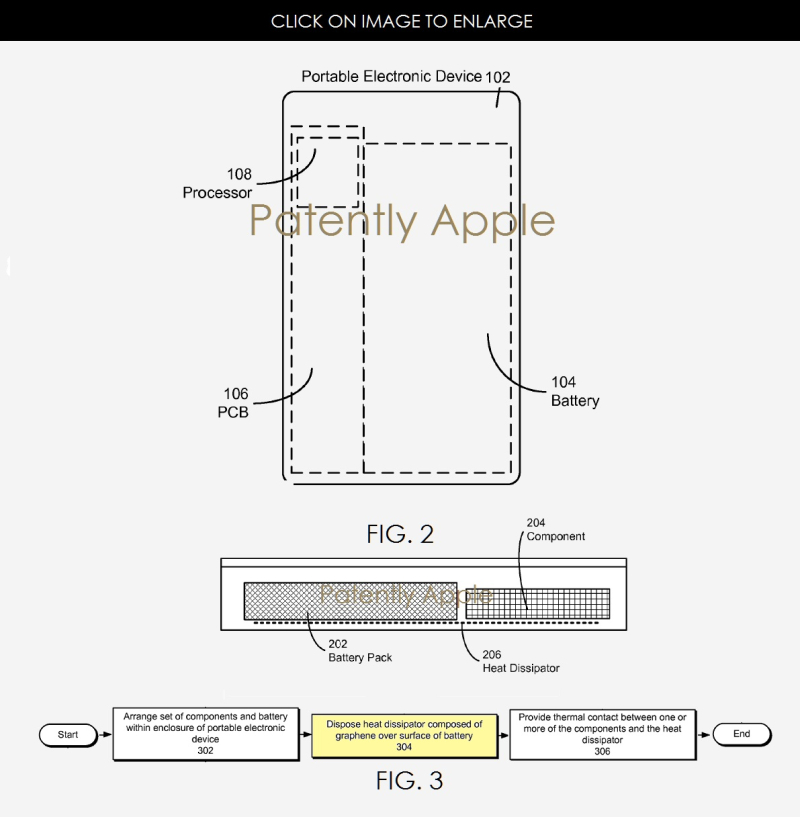 Apple's patent filing also provides formulas where graphene could be utilized in future versions of the Apple Watch and Macs.