Tim Cook, Under Apple, Criticizes the Pull Back on Transgender Rights by the Government 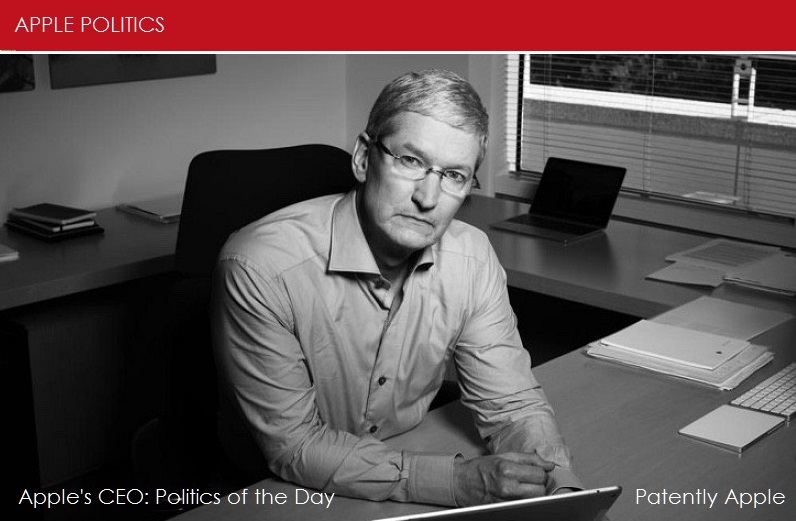 As expected, Apple spoke out Wednesday night, criticizing the Trump Administration for pulling back on Obama-era guidance to schools on transgender rights.

"Apple believes everyone deserves a chance to thrive in an environment free from stigma and discrimination," the company said in a statement to Axios. "We support efforts toward greater acceptance, not less, and we strongly believe that transgender students should be treated as equals. We disagree with any effort to limit or rescind their rights and protections."

Even though it's under "Apple," this is a Tim Cook issue and should remain a private matter for Cook. Not every Apple fan agrees with Cook on the transgender issue and it's too bad that his personal agenda has to be an "Apple" issue.

Apple or Tim Cook, chose to use Axios, a complete unknown news site to most, because they hold Cook's views of Fake News as noted in the site's Manifesto. A site politically aligned with Cook's views.

This craze of "Fake News" used to simply be called 'Yellow Journalism,' a term coined in the mid-1890's. So this has been around forever and a day. Yet the Democrat party leadership decided to re-brand this form of news as "Fake News" so that it could be used as an excuse for losing the last election.

Apple's Tim Cook wants a younger generation to believe that this is a new phenomena so as to justify their future app that will only allow the news they choose to reach Apple fans. A slippery road indeed. A Gallup poll in September 2016 showed that only 32% of Americans trusted mainstream news.

Today a few Patently Apple fans have respectfully requested that we clearly mark reports containing political statements from Apple or its CEO Tim Cook so that they could be easily identified so as to avoid any disagreeable commentary. This afternoon I've taken the time to design a new Content Bar in Bright Red with a complementary photo of Apple's CEO at his desk. This will be presented on all future political reports stemming from statements made by Apple or its CEO on issues not related to Apple products, services or normal business matters.